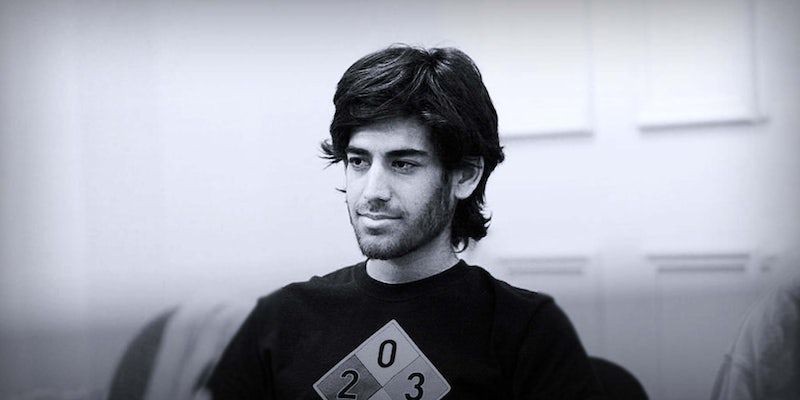 Here's a first glimpse of the Aaron Swartz documentary, The Internet's Own Boy.

In January 2013, while facing several years behind bars, celebrated Internet activist Aaron Swartz made the final decision to take his own life. He was only 26 years old. One year later, the Internet honors his memory by continuing his fight against censorship and online surveillance.

We Are Legion director Brian Knappenberger is set to release a documentary this year about Swartz. Titled The Internet’s Own Boy, the film’s expected to provide an in-depth look at the circumstances surrounding his death—namely the pursuit of felony charges against him for alleged computer crimes that took place at the MIT campus.

Activists from around the Internet, in collaboration with organizations who openly battled the Stop Online Piracy Act (SOPA) alongside Swartz, are planning a day of mass online protest in an effort to combat NSA spying. Their effort has been dubbed “The Day We Fight Back,” and already blood has been drawn. On the eve of the anniversary of Aaron’s death, Anonymous hackers defaced an MIT website with a link to the movement’s website.

Now Knappenberger has joined the fight as well, releasing a preview of his upcoming film to support the “Day We Fight Back” movement.

“An often cited quote from Aaron’s blog (in which I agree wholeheartedly) is, ‘a lot of what people call intelligence just boils down to curiosity,’” Knappenberger told the Daily Dot. “This is one of the reasons fighting for broader access to information and knowledge is so important—so people have room to play a little with ideas, experiment with new research and be curious.

“This applies to a broad range of issues, some currently legally contentious but others that just involve how we live in the world.”

Asked about the planned online protest of NSA surveillance, which organizers have scheduled to take place on Feb. 11, Knappenberger drew a parallel to the massively successful SOPA protest, captured in his film.

“I just recently re-told the story of SOPA in the film and was reminded how dynamic that approach was. The blackout was simple and effective—you immediately got what was happening—and it felt new,” he said.

“It seems to me that recreating that kind of direct action involves creatively looking at the tools we have and using them in surprising ways. I think mass, dragnet, suspicion-less surveillance hits people in a visceral way—seems like that could be harnessed.”

The Internet’s Own Boy will be shown at the 2014 Sundance Film Festival.