9 Craigslist users trying to get laid during Winter Storm Nemo

Baby, it's cold outside.

Winter Storm Nemo is barreling down on the Northeast, ready to bury Boston and New York in feet of snow. While most people are preparing for the horrors of a three day weekend by tweeting about it ad nauseam, others have a better idea.

So without further ado, here are a bunch of people in New York and Boston who could really use your help this weekend.

This should probably go without saying when it comes to Craigslist personals, but some of these posts include NSFW images. 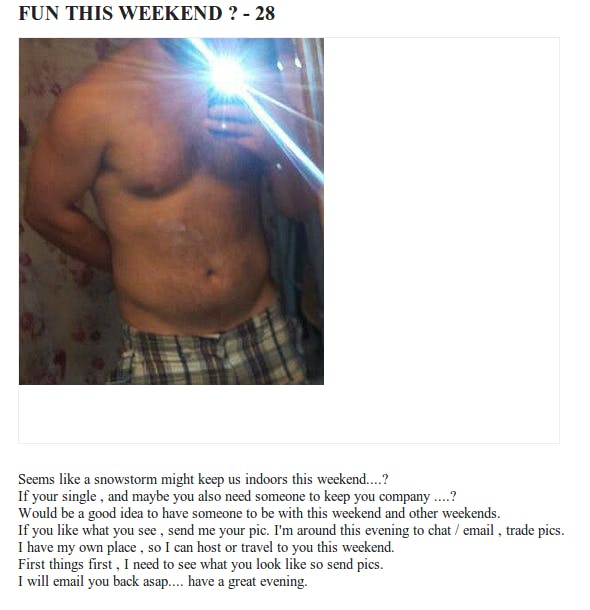 2) He’ll even let you see his baby pictures 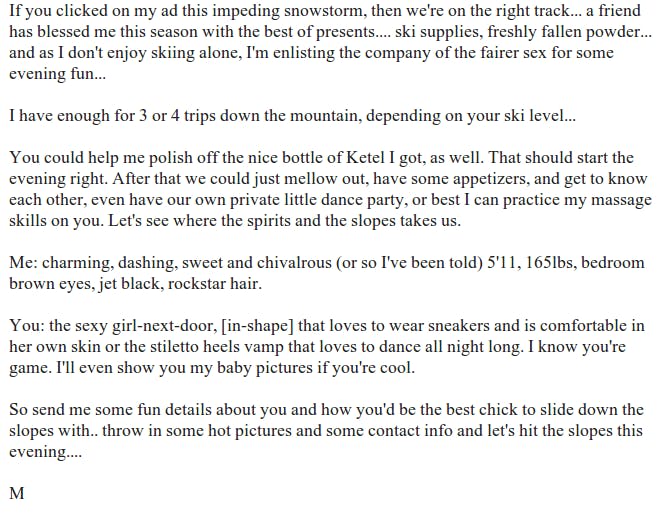 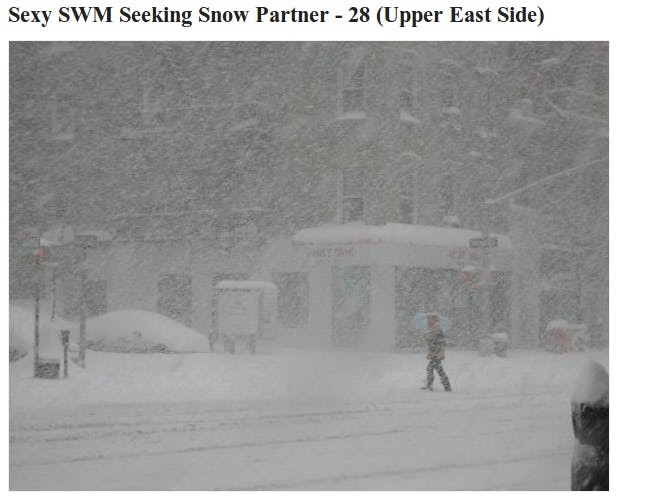 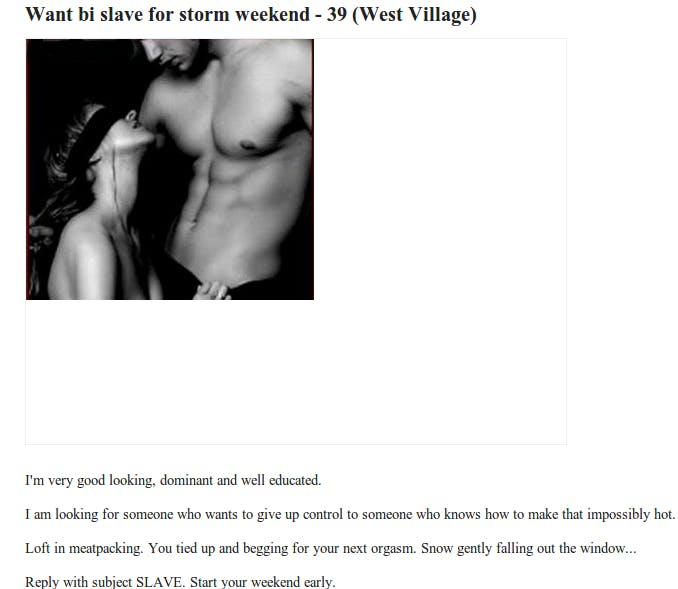 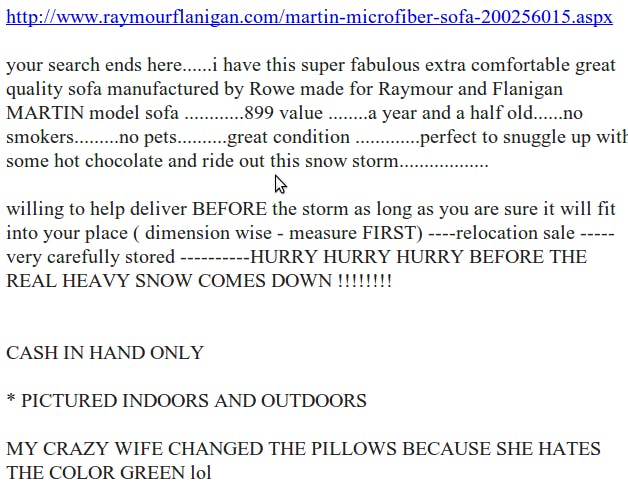 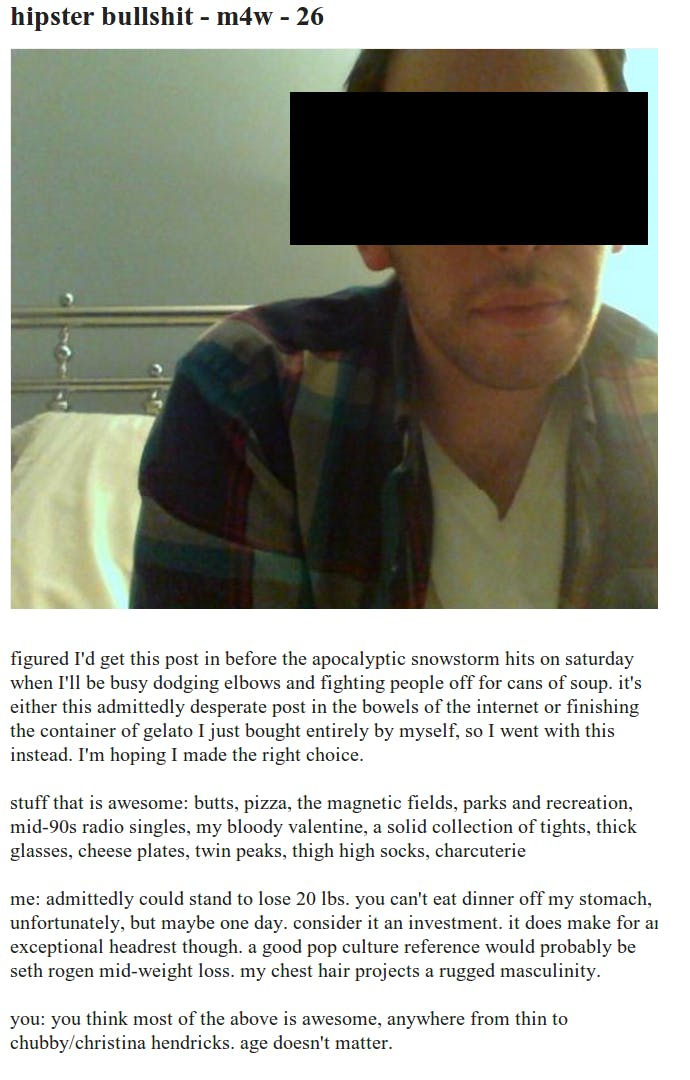 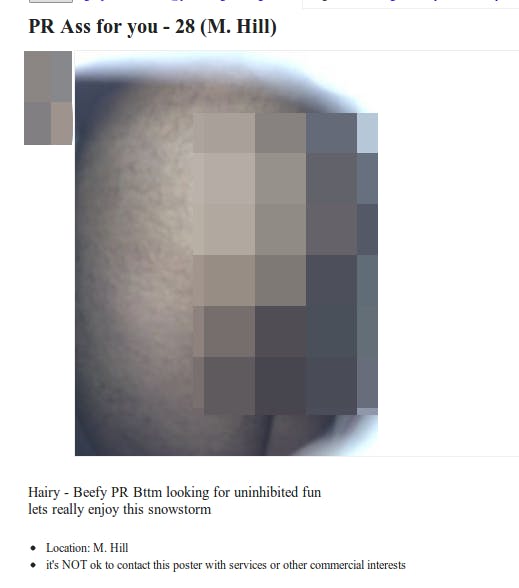