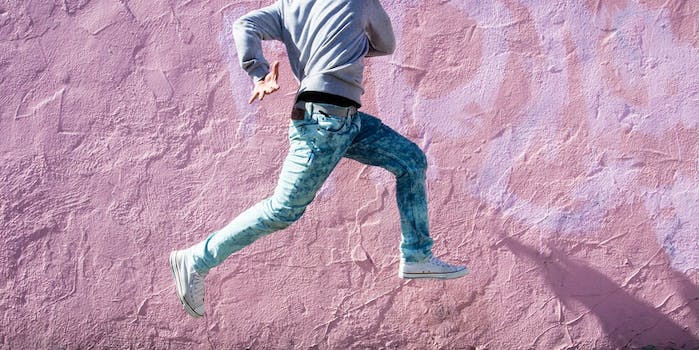 It's almost too good to be true.

Every once in a while, a video comes along that is so unbelievably perfect that your immediate instinct is to assume it’s been staged and scripted. The video you’re about to see captures a 1988 house party—and its untimely ending—so wonderfully that it’s hard to believe Corey Feldman doesn’t make an appearance.

The hairstyles, acid-washed jeans, and Roxette booming in the background are so painfully ’80s that anyone in their mid-thirties or older is bound to have a nostalgia trip, but the ending is really what ties it all together. The parental units make their way home earlier than expected and bring an end to the teenage shenanigans. The youngster hosting the party is mercilessly berated in front of his friends.

“You are in a lot of shit, man,” the mother declares, while dad seems beside himself and can only repeatedly shout “nice” until he is able to process the scene. Be sure to boost your volume a bit right at the end to catch dad’s final jab.

Could this gem of ’80s teenage rebellion be real, or are we being collectively conned? The video has been on YouTube since 2007, and the user who posted it only has a few videos to their credit, the rest of which appear genuine. The evidence seems to add up, but we’ll let you be the judge.