Why are there 80 birds on this airplane?

The photo was posted on /r/funny with the caption “my captain friend sent me this photo. Saudi Prince bought tickets for his 80 hawks.”

Here are the birds—though whether they are falcons or hawks remains up for debate. 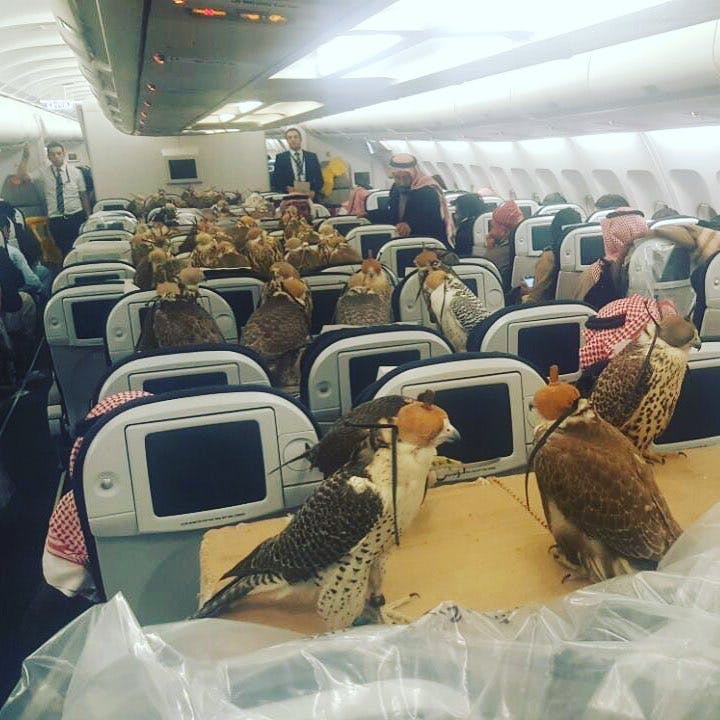 Redditors quickly took to action, deciphering all the facts of the situation. First, they decided the flight in question couldn’t be the economy section on Qatar Airways, as they only allow six falcons aboard the craft. What they were unable to discover is what supposed prince might have bought seats for so many birds. The birds themselves, however, aren’t weird to see on flights near the United Arab Emirates.

A 2015 Atlas Obscura report notes that falcons can travel like normal passengers do, to and from the UAE. They just need a special passport and to pass a security screening. Even falcons take their shoes off to fly.