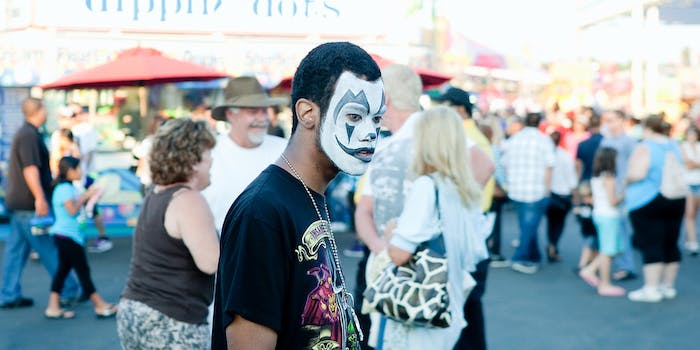 5 soft drinks besides Faygo that Juggalos are crazy about

Time to get your high-fructose corn syrup on.

Earlier this month, 7-Eleven announced its brand-new Faygo-flavored Slurpee. Everyone knows that Faygo is the preferred beverage of the Insane Clown Posse and their hoard of Juggalos. But what people don’t know is that Juggalos have an incredibly wide palate when it comes to carbonated beverages. Here are five non-Faygo sodas that Juggalos love:

After a hard day of jugging, you’ll find many a Juggalo sitting down with a two-liter bottle of Drill, a soft drink with flavors like “Scrum” and “The Flaviest.” 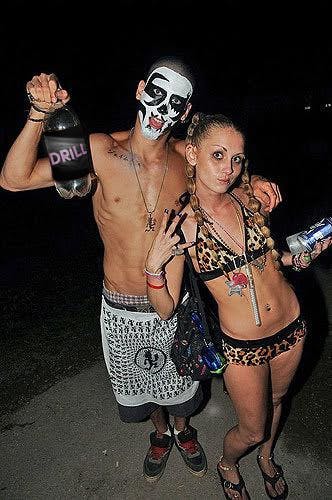 Rude boys and rude girls of the Juggalo persuasion can’t wait to get their black-and-white-paint-covered hands on Rude Juice. As tasty as it is acidic, Juggalos often drink this one with a Pepto-Bismol chaser. 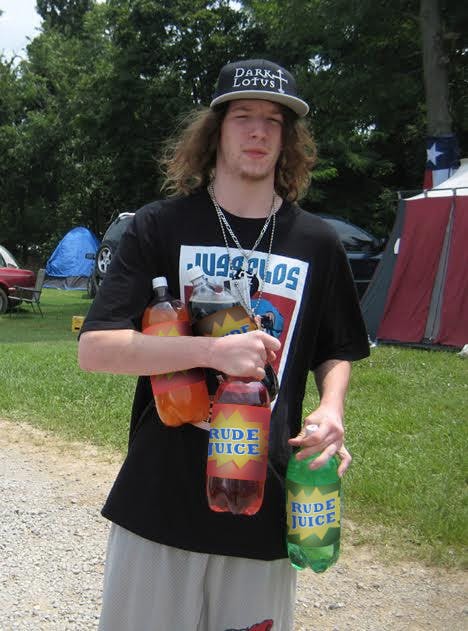 Thirsty? Lots of Juggalos suggest you try out Puddz. Puddz will wet those dry throats and make your tummy slosh with slippery goodness. “After hard day’s work clownin’, Puddz is where it’s at, fool,” says Slusshy T. Buz, an insane clown if ever there was one. 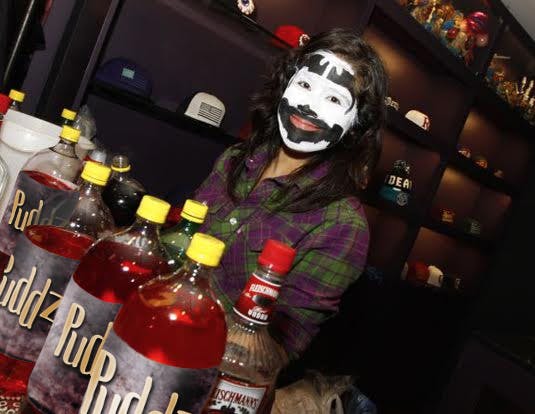 Best served after sitting in direct sunlight for hours on end, LLLLLL!!LLL is perfect for when Jugglalos and their Juggalo families want to kick back, relax, and touch up each other’s face makeup. And every Juggalo trying to cut those insane clown calories swears by Diet LLLLLL!!LLL. 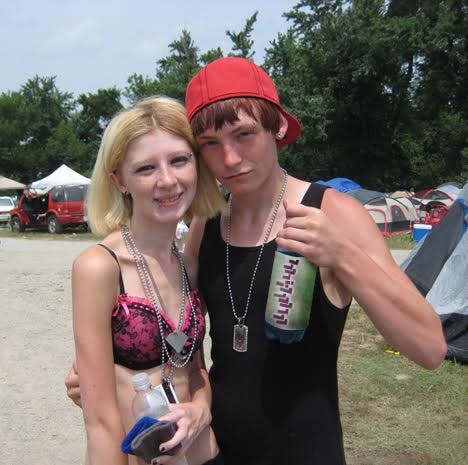 Available only in one small suburb outside Detroit, Slurpy Durp has more caffeine than four cups of coffee, making it the preferred drink of sleep-deprived Juggalos who still want to gather. 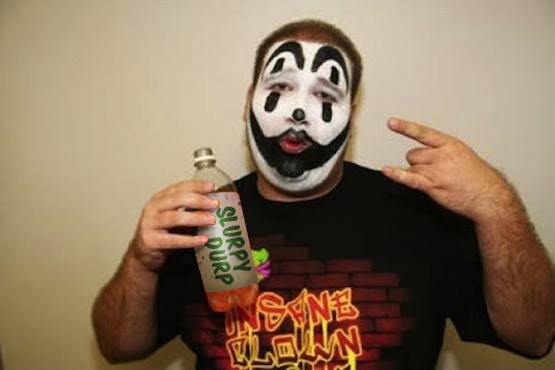