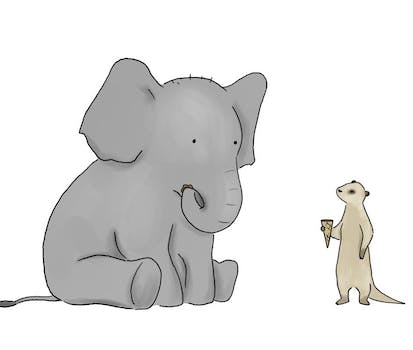 The artist handpicks her favorite comics to date and discusses what makes each one memorable.

As a storyboard revisionist for The Simpsons, Liz Climo is accustomed to thinking outside the box. She brings that same sort of creativity to her original comics, which often feature textured animals that looks like Disney films with the more outlandish personalities of Warner Bros. Cartoons.

Unlike both these giants, Climo’s creatures capture awkward situations, like asking someone to hang out, with relative easy. And she addresses these moments in a fairly squeaky clean manner that’s suitable for almost all ages.

“I’m not exactly sure why most of my comics are clean and kid-friendly, since I don’t necessarily embody those particular qualities,” she told the Daily Dot.

“It takes a lot to offend me, and I find nothing wrong with using bad language (so long as it isn’t in a hateful manner) but I choose the words I use in my comics very carefully, trying to find the funniest caption possible. My hope is that the situation is what makes it funny, and usually bad language just isn’t necessary.”

With more than 130 comics published on Tumblr alone,  the Daily Dot asked Climo to curate her top five favorite illustrations.

“This one is special to me because I feel like it’s where I started to get a feeling for my particular style and voice.” 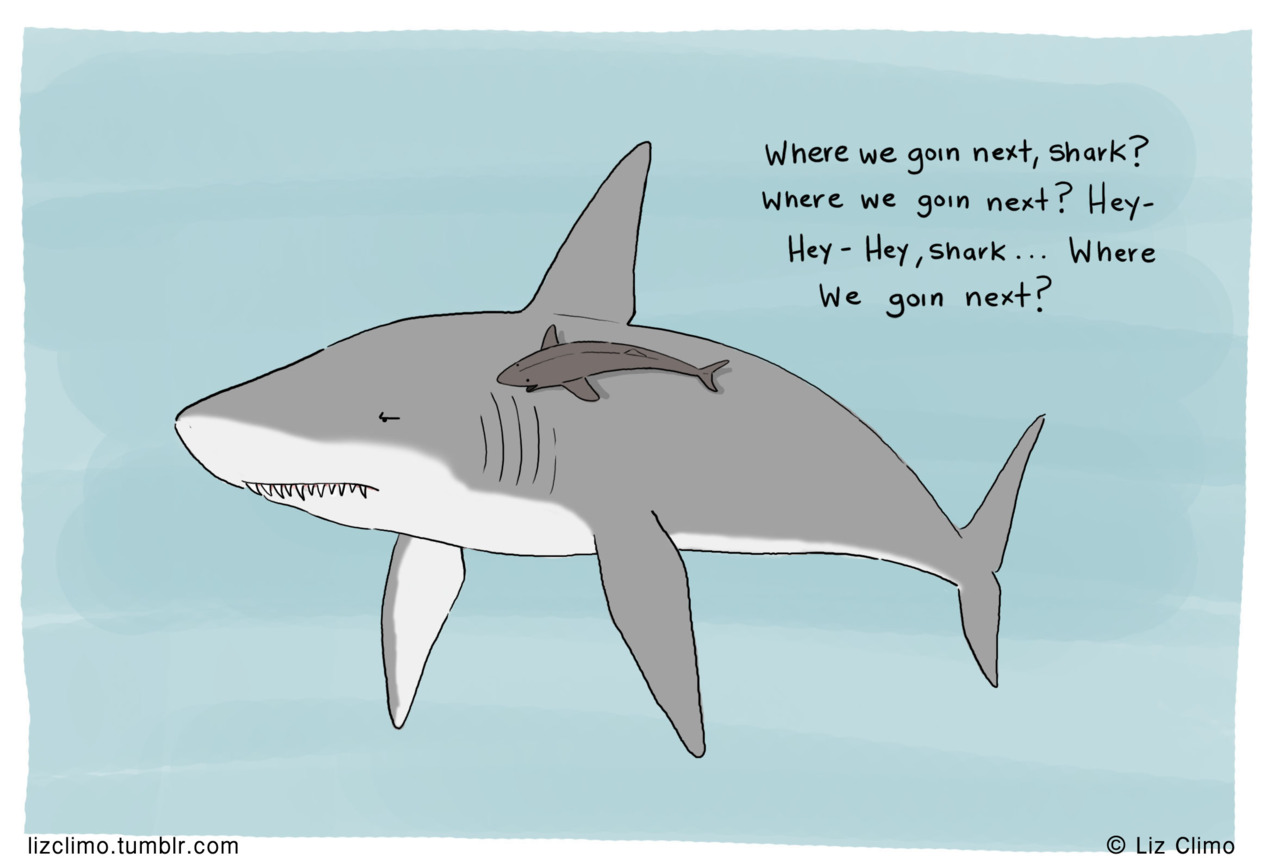 2) The turtle and the rabbit or whatever

“This one is actually just saved as ‘something.psd’ on my computer because I had no idea what I was going to draw when I started it. It ended up getting more attention that I could have ever dreamed, and I consider it my most memorable post for that reason.” 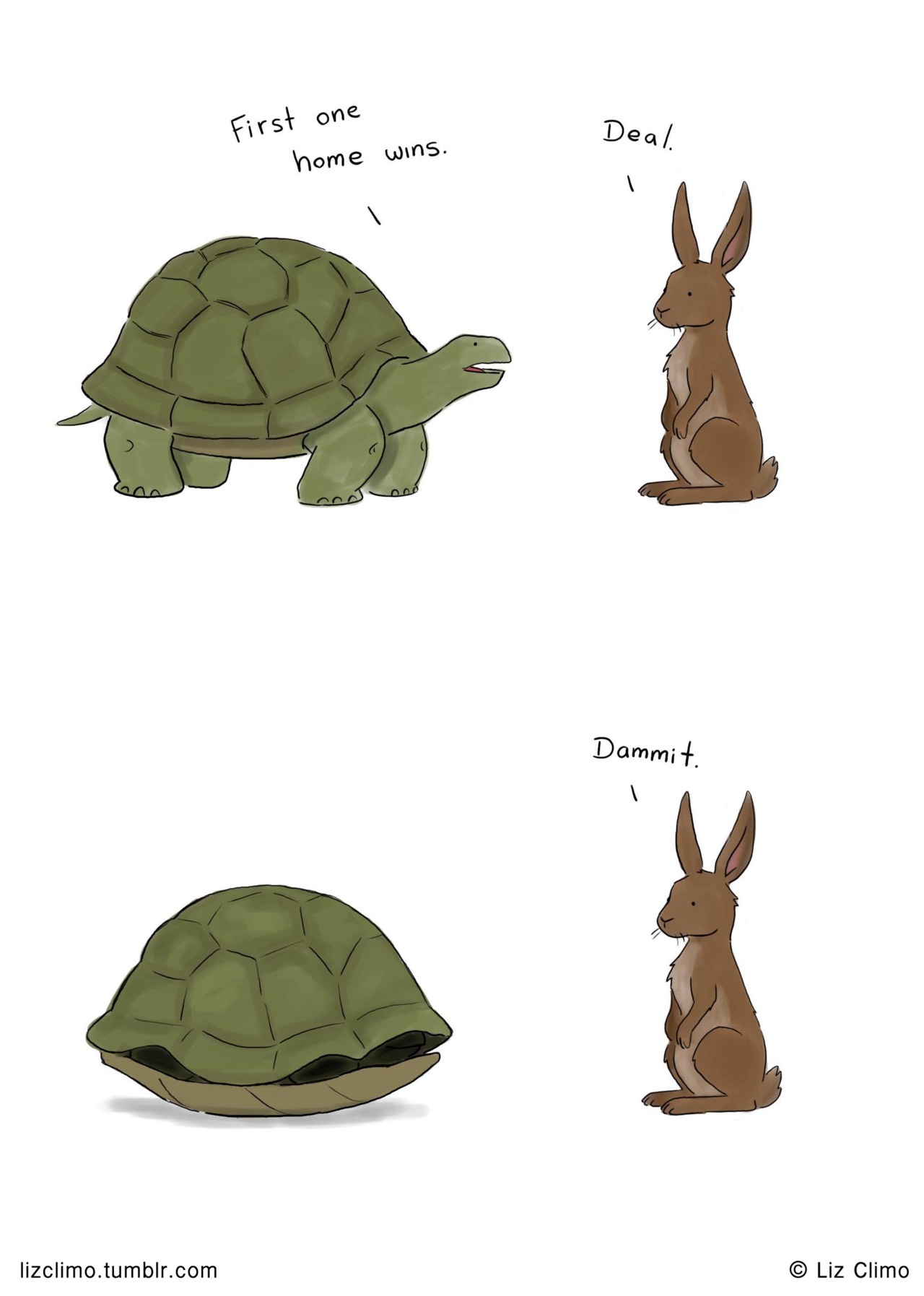 “I came up with these two characters one night, and they’re really the only re-occurring characters in my comics. I try and keep their interactions as simple as possible, without bringing using any props or backgrounds, so their relationship is all that exists in their world.” 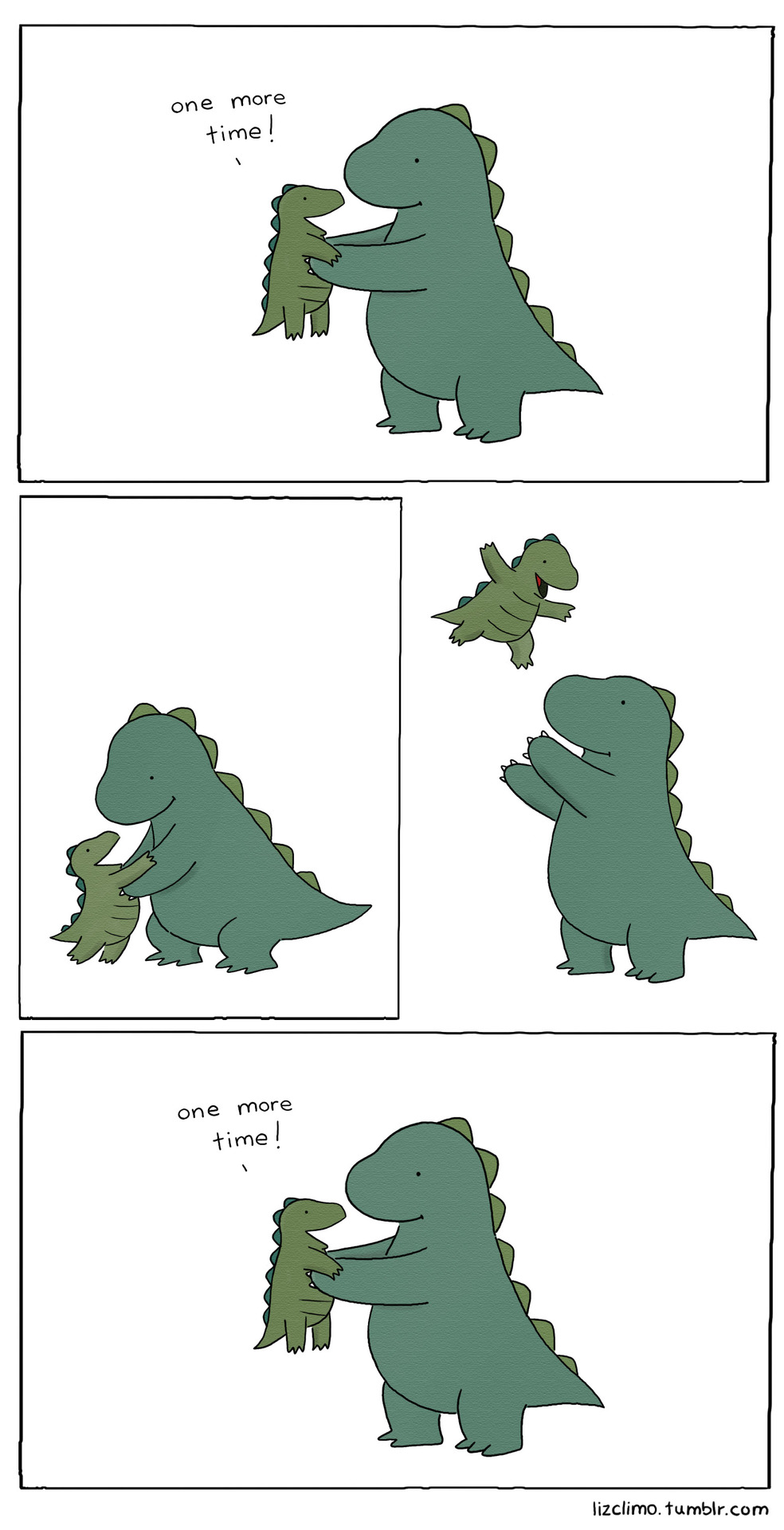 “I like this one because it’s super simple, but I think it works. It also has the highest note count, passing the turtle and rabbit comic, which I did not expect to happen with any other post.” 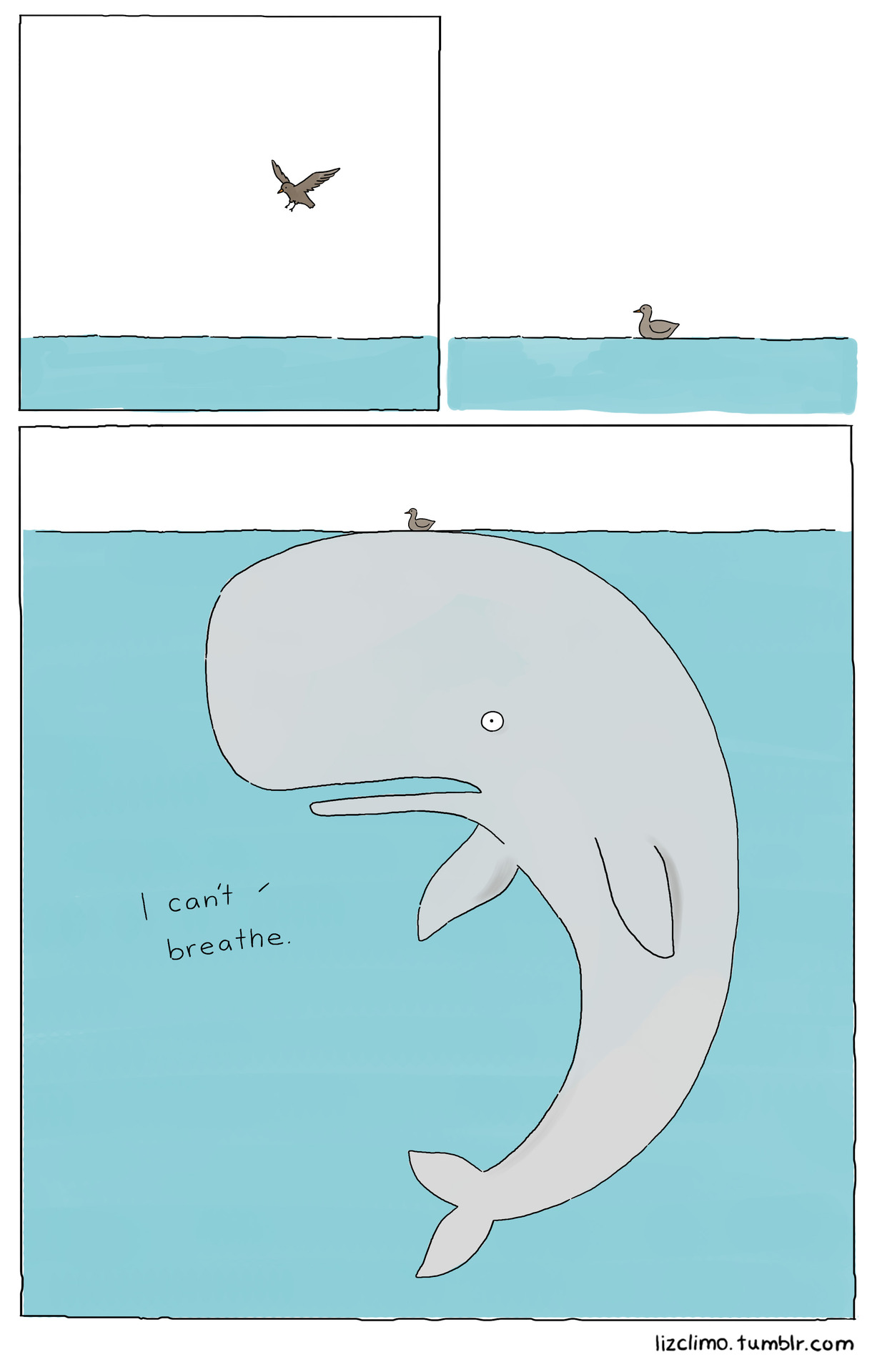 “This was one of two comics I did in response to some harsh comments people left about my work on Reddit. That weekend I discovered that getting exposure on the Internet is sort of like being in high school all over again, only instead of being teased by 100 assholes you’re being teased by every asshole in the entire world. Luckily, I’m a lot tougher now than I was in high school.”