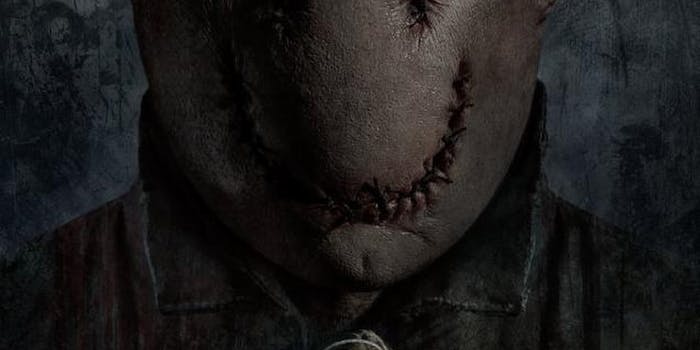 What did he expect?

When aspiring director Michael Gallagher decided to use 4chan as the inspiration for the villain in his new horror movie, did he really expect the pugnacious community to be OK with that?

Gallagher has been the target of attacks from 4chan users and Anonymous hackers upset over how they are portrayed in the low-budget film Smiley. The death threats were so serious the FBI is reportedly considering opening an investigation, ComputerWorld reported.

The film follows a college freshman named Ashley who discovers an urban legend on 4chan about a “demented serial killer that has nothing but a carved ‘smiley’ on his face,” according to the film’s Internet Movie Database page. The killer turns out to be very real, however. The trailer has been viewed more than 17 million times in the last year on Gallagher’s YouTube page.

Gallagher hosts his own YouTube channel, Totally Sketch, where he posts funny situational sketches and choose your own adventure videos.

Since news of the films release Friday has started circulating, Gallagher has received threats by phone, email, and text message. His home address was allegedly published on 4chan’s random imageboard /b/. The following message, which has since been deleted, was also posted to 4chan recently, according to the ComputerWorld report.

“DIRECTOR AND WRITER OF THIS FILM MUST DIE.” … “We are considering killing his dog and reporting him for animal cruelty.” … “Where is the hero that wants to go out in style when you need him? Killing the cast/directors would be a great way to end this life.”

Over three years, Gallagher’s YouTube page has collected more than 344 million views. The 23-year-old said attention like that has helped him take insults in stride. But threats of violence cross a line.

“I make so much stuff online, so I try to have pretty thick skin,” Gallagher said, according to Variety. “I like to think that I’m impervious to this stuff, but when I have my family and my girlfriend and people who are working on the movie worried about this, it’s different.”