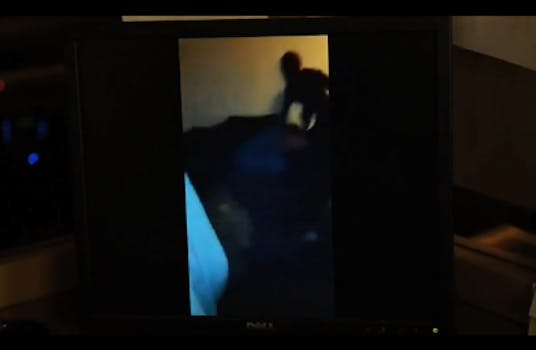 The vicious assault on a 48-year-old mentally challenged woman was posted to Facebook.

Four teenage girls are in custody after a video surfaced on Facebook allegedly showing them—along with at least two others— viciously beating a 48-year-old mentally challenged woman.

The graphic clip, which can be viewed below, depicts a group of girls from Chester, Pa., walking along a street at night. One of them notices the unsuspecting woman sitting on her home’s stoop and casually says, “I’m going to fuck this bitch up.”

The girl and the rest of her crew make good on their word, punching the woman and pushing her inside her home to continue the beating.

The incident occurred Wednesday, but authorities did not begin to actively look for the perpetrators until the following day, after a parent shared the video with the police.

Two of the six teenagers are still at large.

According to the police, Jack Whelan, district attorney for Delaware County, is planning on charging the minors as adults. In Pennsylvania, anyone over the age of 15 can be charged and tried as an adult.

“We are going to aggressively prosecute each of them for their callous indifference to this woman, ” Whelan stated.

The girls potential face a litany of charges, including harassment, trespassing, aggravated assault, and recklessly endangerment of another person.

Meanwhile, the detained teens do not appear to show any remorse for their actions.

“There’s no discernible reason for what happened other than fun, sport.”

A similar incident occurred in Chicago this past July, where three teenage gang members killed 62-year-old Delfino Mora and posted a cell phone video of the beating to Facebook. The three will also be tried as adults.