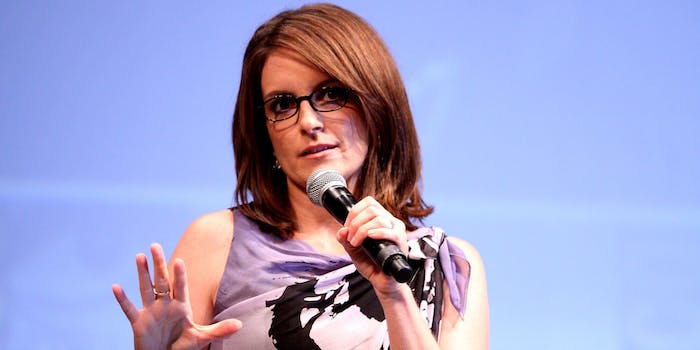 NBC pulls several ’30 Rock’ episodes because of actors in blackface

Tina Fey apologized for the episodes.

Four episodes of NBC’s show 30 Rock have been pulled from streaming services like Hulu and Amazon Prime.

Three of the episodes have a character in blackface, according to Vulture. The episodes are already gone and will no longer be shown on regular television at the request of NBCUniversal, as well as co-creators Tina Fey and Robert Carlock.

Fey penned a letter to the platforms that sell or stream the show to apologize.

“As we strive to do the work and do better in regards to race in America, we believe that these episodes featuring actors in race-changing makeup are best taken out of circulation,” she writes. “I understand now that ‘intent’ is not a free pass for white people to use these images. I apologize for pain they have caused. Going forward, no comedy-loving kid needs to stumble on these tropes and be stung by their ugliness.”

There are two episodes in which Jane Krakowski’s character poses in blackface. In one of the episodes, her character decides to “swap identities in order to determine whether Black men or white women face more challenges in society,” Vulture writes.

In another episode titled, “Christmas Attack Zone,” the character dressed up as Pittsburgh Steelers player Lynn Swann for a Christmas party.

The network is also pulling two live episodes. One of them has Jon Hamm in blackface. The other live episode features a fake Fox News lower-third that reads, “Exclusive Interview With Kenyan Liar.” The caption was a reference to the conspiracy theory that former President Barack Obama was born in Kenya.

As the Black Lives Matter protests continue around the country, more and more networks are reevaluating their standards and removing racist content. HBO Max temporarily pulled “Gone With the Wind,” which offers a positive view of slavery in the antebellum south.