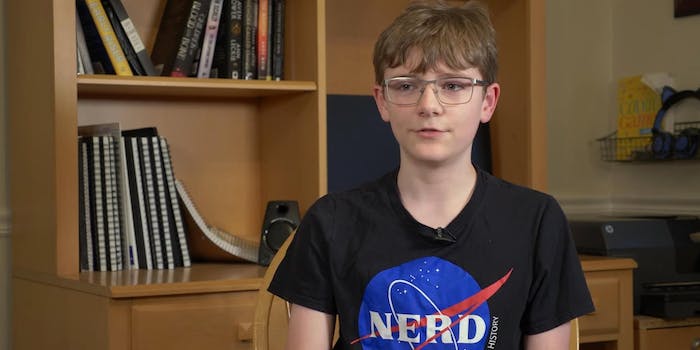 NASA has named its 2020 Mars rover

The name was selected out of 28,000 entries from K-12 students around the country and was one of nine finalists that the public voted on in a poll. Alex Mather, a 13-year-old student at Lake Braddock Secondary School in Virginia, wrote the winning essay on the name. In a live event held at his school that was broadcast on YouTube and other channels, he said that he was inspired after his parents gifted him a trip to a space camp at the age of 11. His ultimate goal is to become a NASA engineer.

The Perseverance rover, which is set to be launched late this summer, is similar in size to the space agency’s previous 1-ton rover, Curiosity. But the 2020 mission aims to do something no previous Mars rover has done before: collect samples of the Martian landscape that will be delivered back to Earth on a subsequent mission. The rover will also complete some tests that will pave the way for human exploration to the red planet—including producing oxygen from the atmosphere.

As with the other rovers before it—also named by students—Perseverance’s name was selected, in part, because of how it ties into the whole mission.

“Alex’s entry captured the spirit of exploration,” said Thomas Zurbuchen, associate administrator of NASA’s Science Mission Directorate. “Like every exploration mission before, our rover is going to face challenges, and it’s going to make amazing discoveries. It’s already surmounted many obstacles to get us to the point where we are today.”

Besides the overall design of the rover, the spacecraft carrying Perseverance will also employ Curiosity’s proven technique for landing on Mars, dubbed the “7 minutes of terror.” The technique includes a supersonic parachute and a sky crane that carefully lowers the rover to the ground.

Perseverance is expected to launch from NASA’s Kennedy Space Center in Florida this summer and land on Mars on Feb. 18, 2021.