20 analog precursors to our digital lifestyle

Do you yearn for a simpler time? Here's a look at how things were before Twitter, Facebook, and LinkedIn took over our social and professional lives. Presented by Deep Eddy Vodka's Ruby Red.

Long before Foursquare, people were writing in wet cement and carving their initials into trees. We’ve always checked in and left our mark—as far back as the cavemen. The medium’s simply evolved with time

While it’s hard to imagine our modern lives without all of the social networking that’s become second nature, there’s an analog predescent to most of our digital necessities.

Some examples are obvious. We’ve long heard that YouTube is the new television, and email has made postage stamps practically antique fare.

Do you yearn for a simpler time? Here’s a look at 20 other technological precursors and the way we once lived, unplugged. 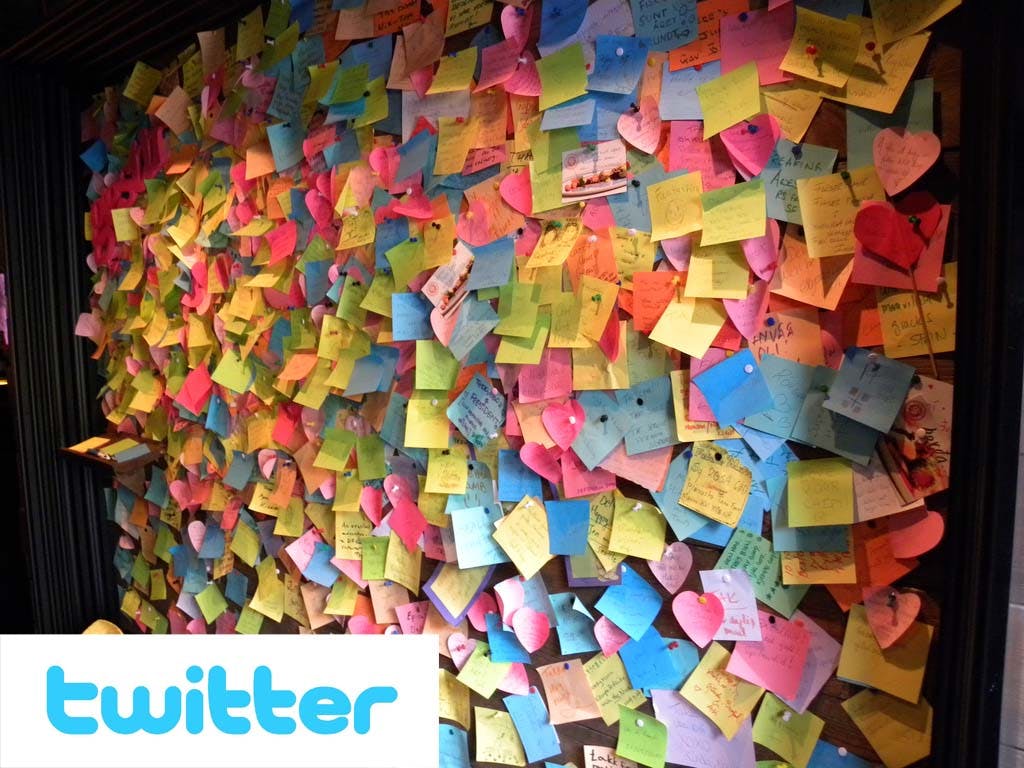 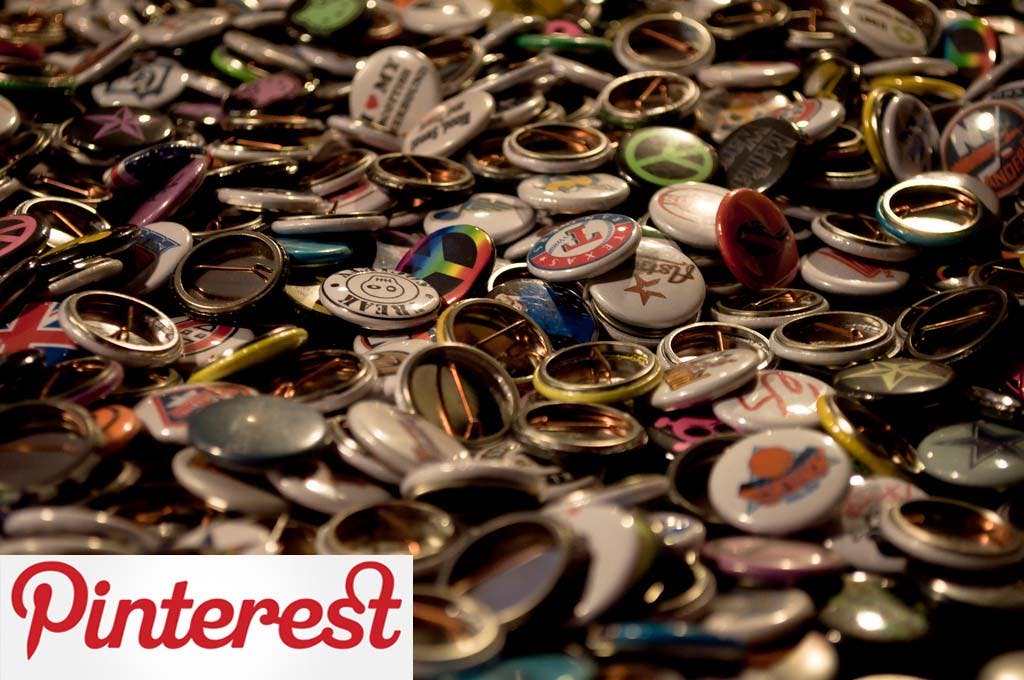 Because pinning logos, photographs, and short sayings, whether on clothing or accessories, has always been a fashionable expression of identity. 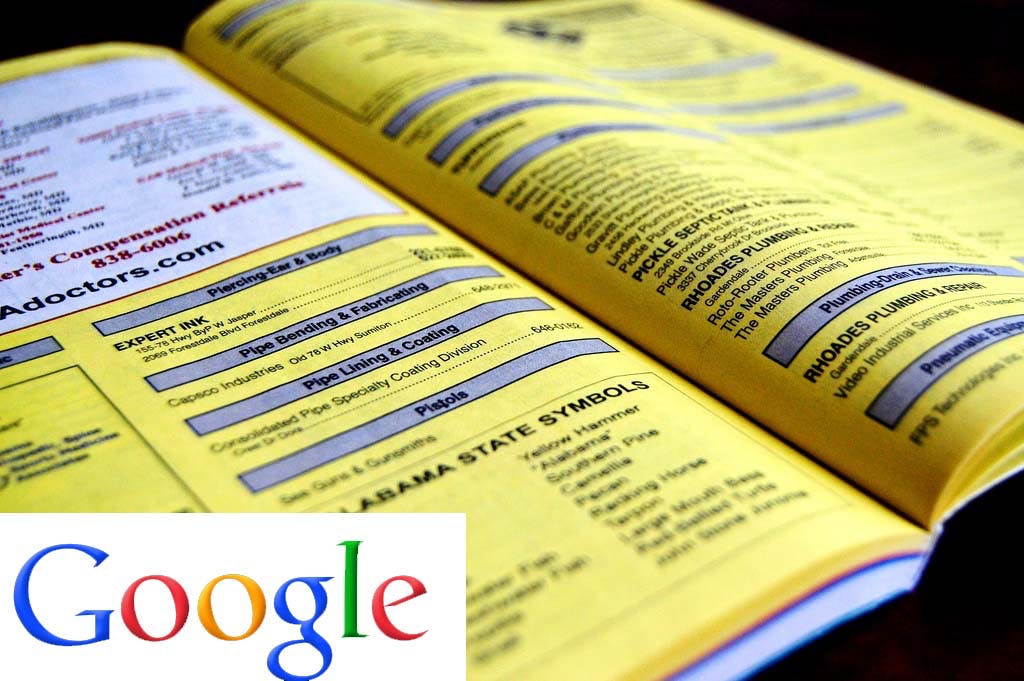 Because those bulky indexes dropped on your doorstep like a pound of bricks had all the information of local individuals and companies you could ever need. 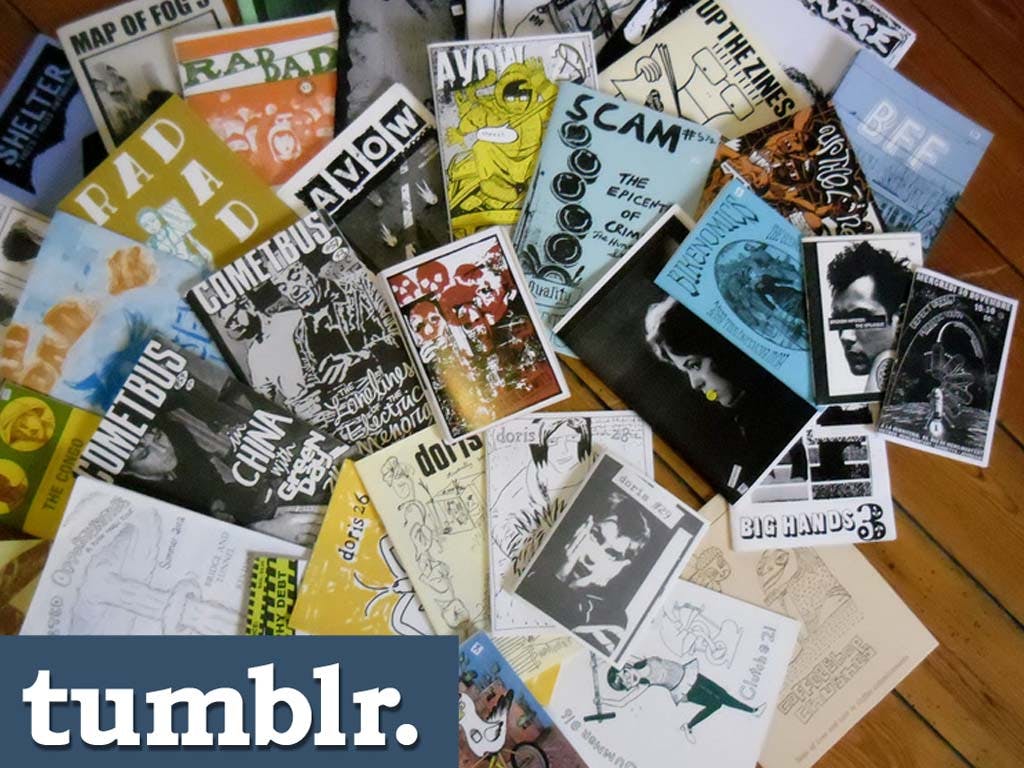 Because fanzines, like  Tumblr blogs, were crudely-made, subject-specific publications that were sporadically released. Also like Tumblr blogs, no one really knew about your fanzine unless you were either a) close personal friends with them or b) within the same tight-knit community. 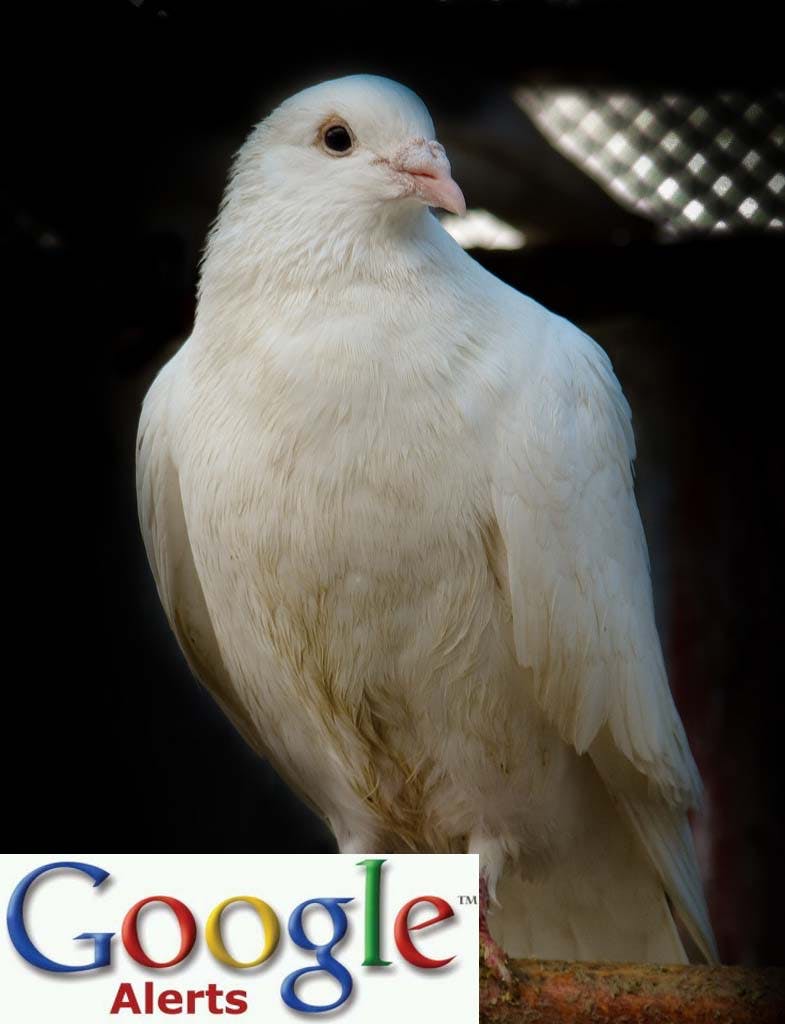 Because centuries before Google, you only received personalized news and messages if a specially trained bird delivered it to you. People wishing to communicate would attach a message to the pigeon’s foot, set it adrift, and hope that the elements or disease didn’t claim the pigeon—and the message—before reaching its final destination. 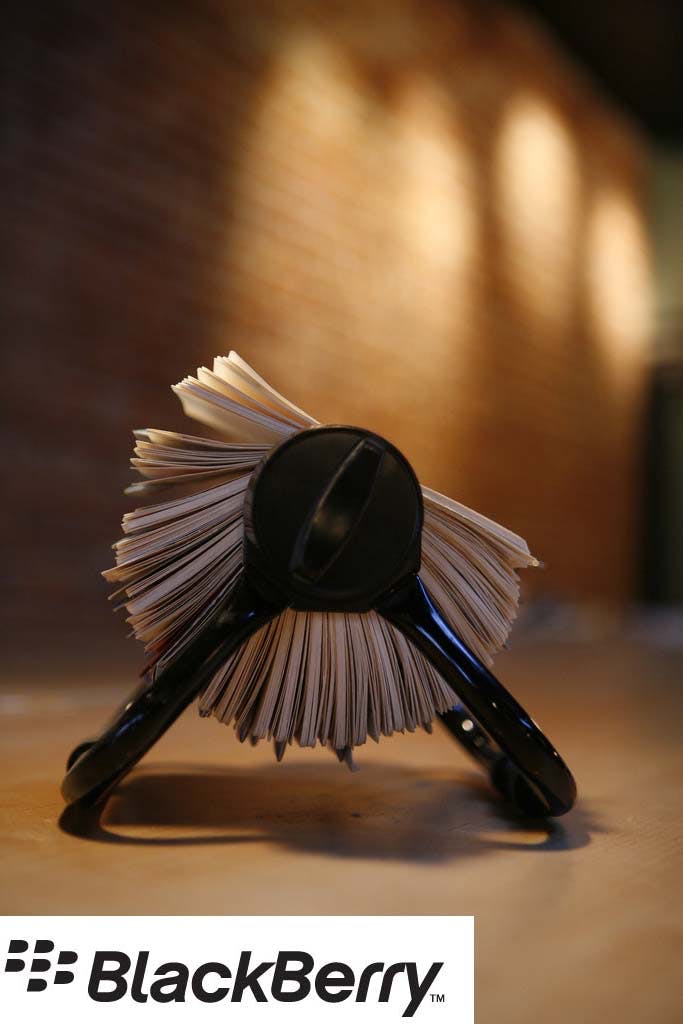 Because Rolodex files were devices that you physically scrolled through to find contacts, appointments, etc. 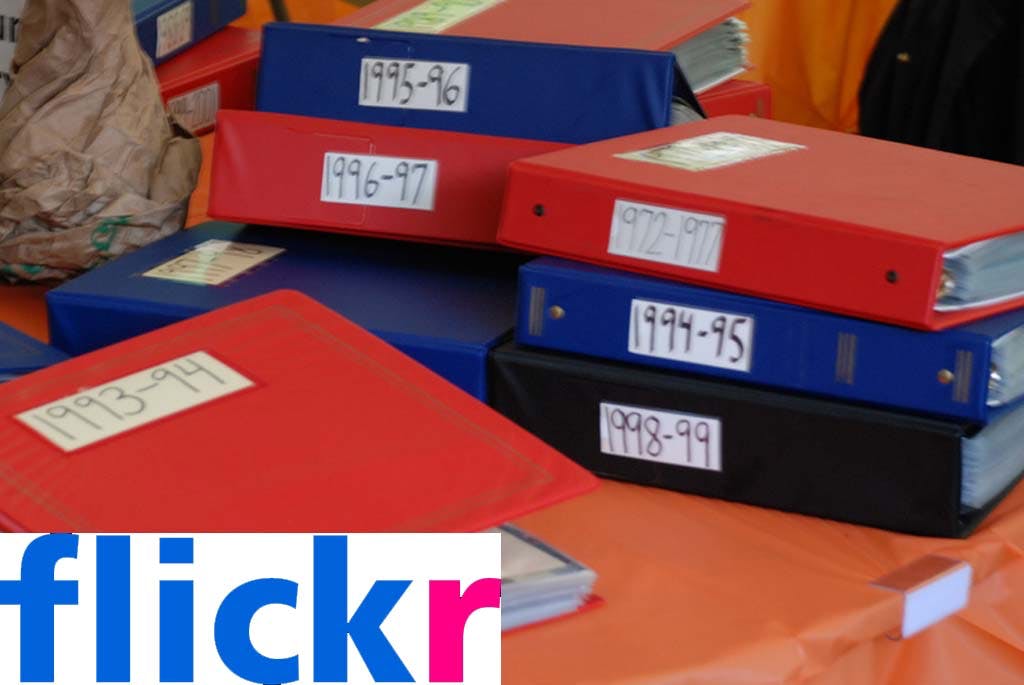 Because the act of arranging photographic evidence of vacations, events, and everyday life into collected sets started with a process of painstakingly inserting printed photographs into bulky albums, attaching them to pages under very clingy plastic. 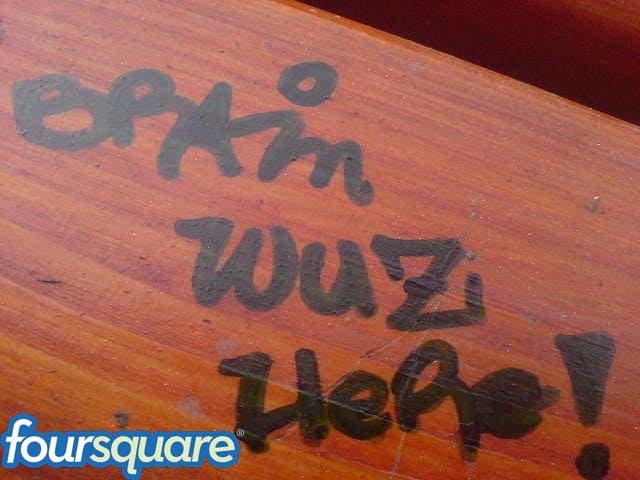 Because passing time in detention was much easier when scrawling into the top of a desk. From walls to playground equipment, it’s not hard to find crudely written messages proclaiming “Tyler wuz here,” permanently applied to the surface via ink or deep scratches. 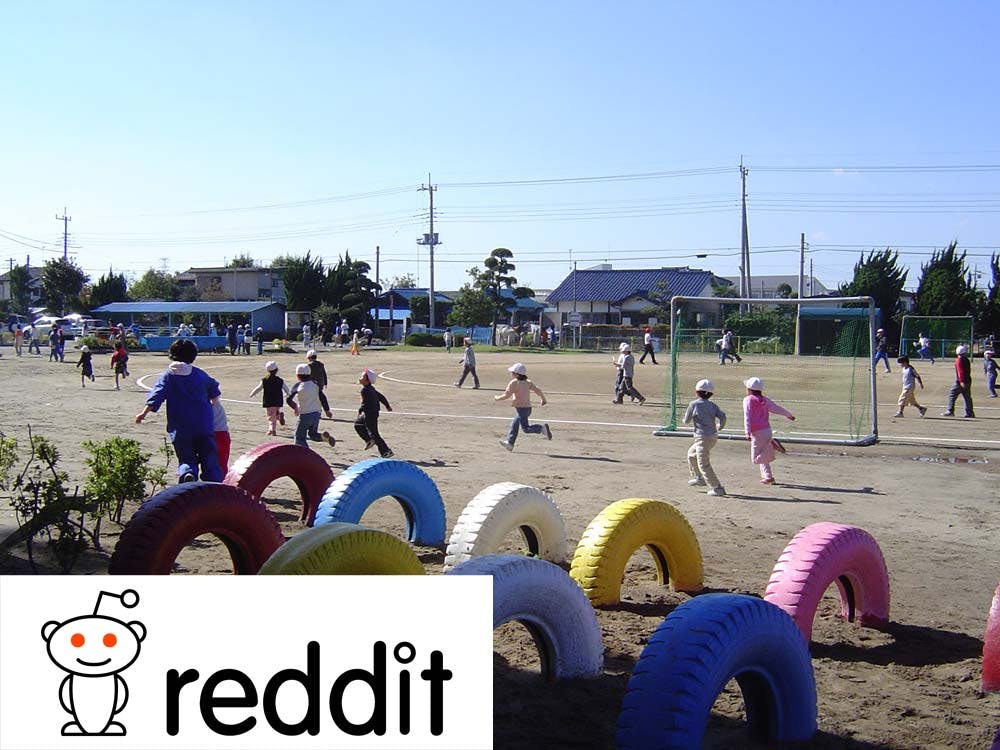 Because the playground during recess is an area where news and other gossip is spread, juvenile insults are hurled, and wholly useless popularity points are assigned to certain people. If that isn’t a precursor for Reddit, then I don’t know what is. 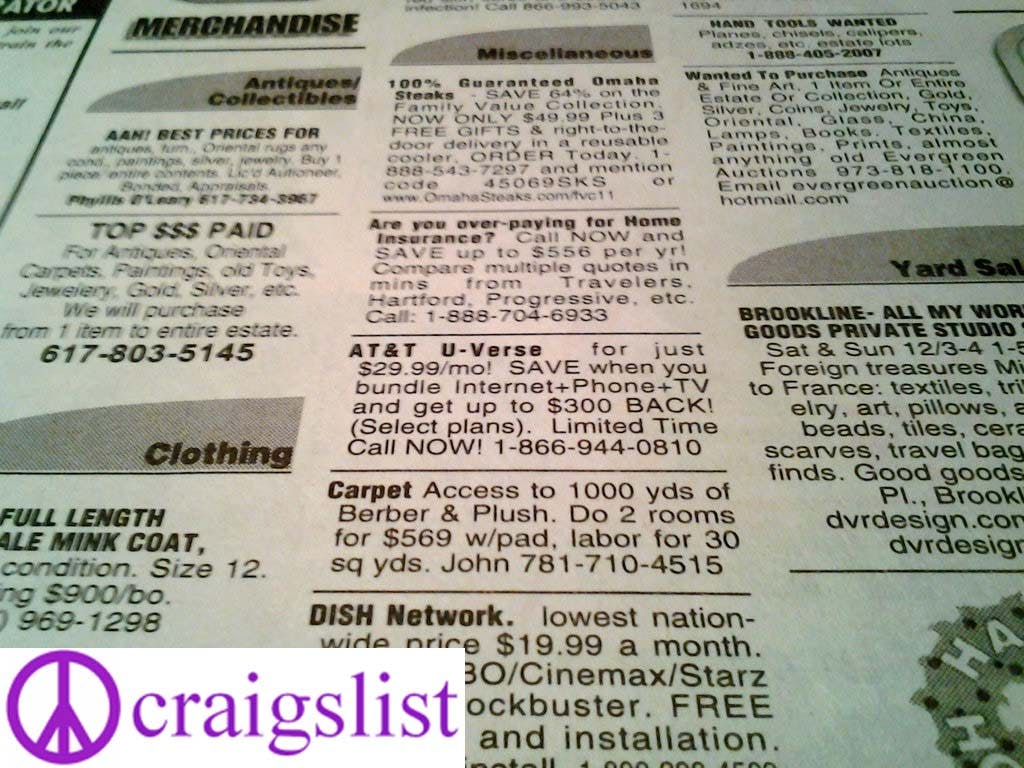 Because prior to the San Francisco company’s founding, job seekers, dating hopefuls, and amateur sellers had to scan the microscopic newsprint every day, seeking out another soul who inadvertently answered their desire at the cost of 10 cents per line. 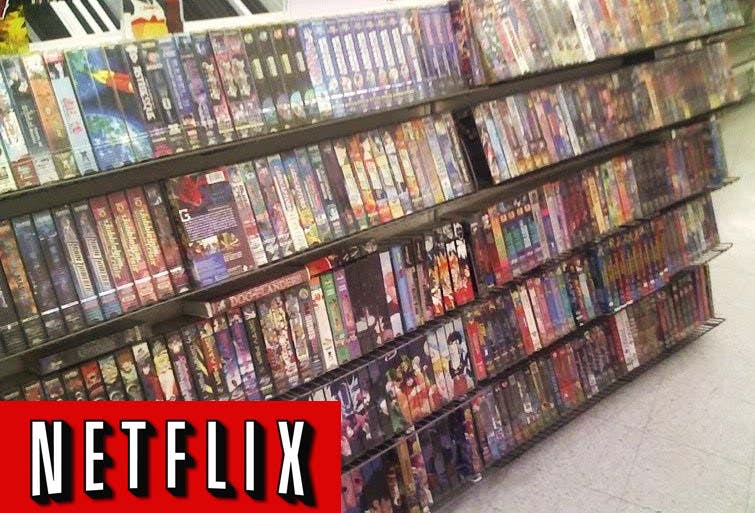 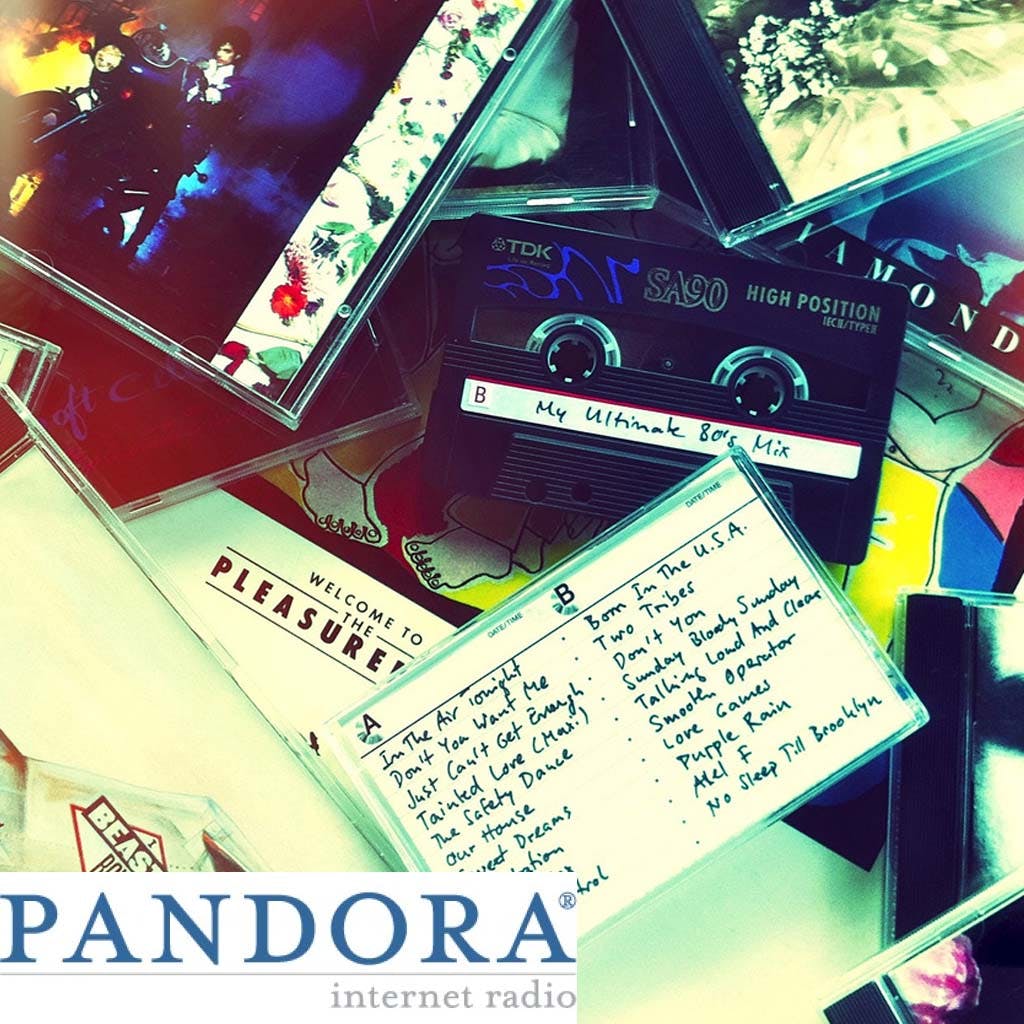 Because blank tapes were once the perfect canvas for creating and sharing intricately curated mixtapes to impress friends and introduce new music. 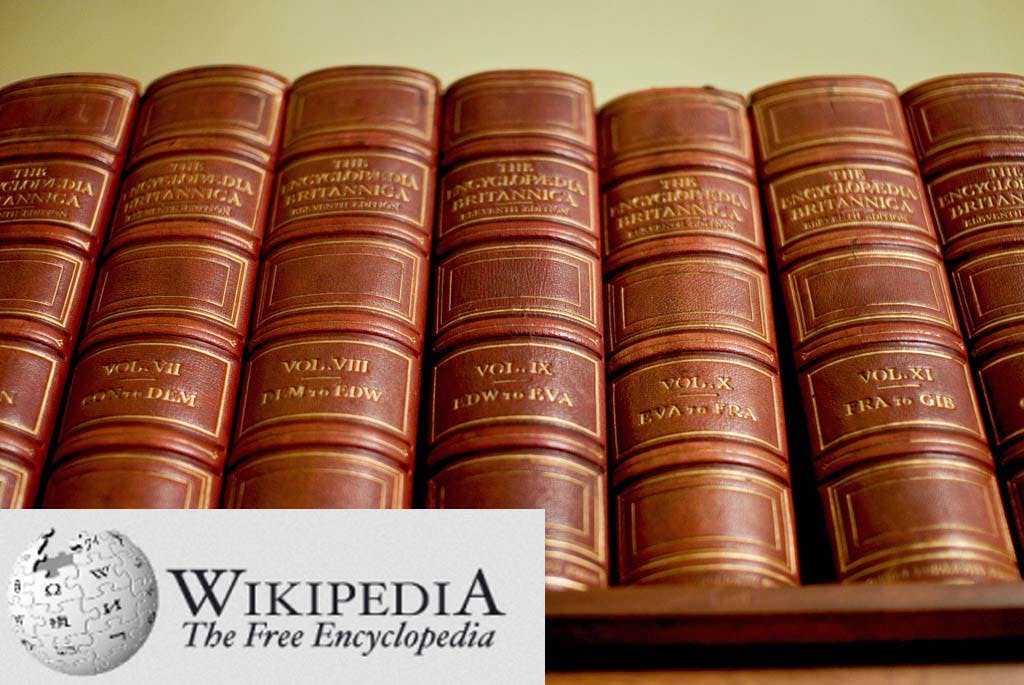 Because encyclopedia offered a world of knowledge at your fingertips, albeit with a hefty price tag and a significant amount of space on a bookshelf. Search terms were nonexistent; instead, you had to find the book with the appropriate segment of the alphabet (CHI-CLU, for example) and scan the finite number of entries for topics.

Because adult entertainment was once confined to shady, sticky, dimly lit stores selling videotapes and quick dances. At peep shows, you would enter a private booth, insert a quarter, and enjoy a seconds-long glance at a naked person half-heartedly doing a sultry dance. Only a thick pane of the dirtiest glass imaginable separated you from the performer, not unlike your computer screen today. 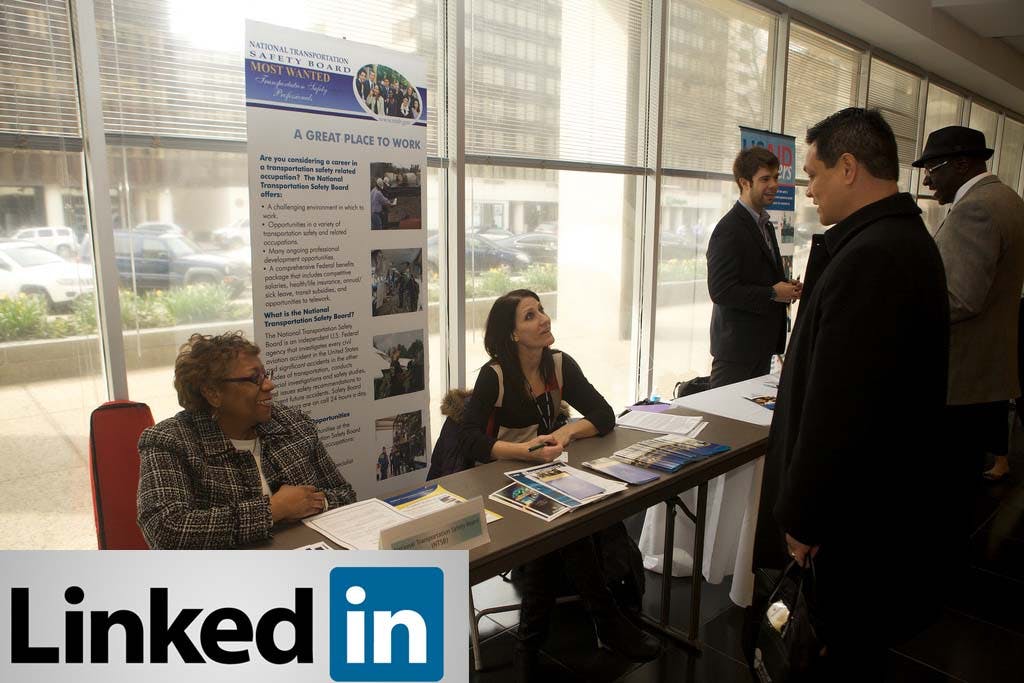 Because job hunting and professional networking used to take place at booths, operating by a company’s lowest-paid representatives. Job seekers would dress up in their best suits and confidently walk into the venue with 100 copies of their resume—97 of which they would bring back home with them. 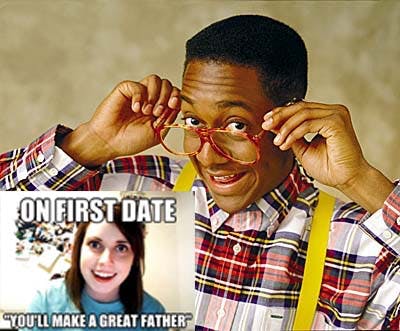 Because before McKayla Maroney, Scumbag Steve, and their ilk were renowned—or even born, for that matter—we had to get our constant doses of the same tired one-liners from television characters. Who can forget rubber-faced Jimmie Walker screaming out “Dy-no-Mite!” on countless episodes of Good Times? Or how about young Michelle Tanner belting out “You Got It, Dude” at every turn on Full House? 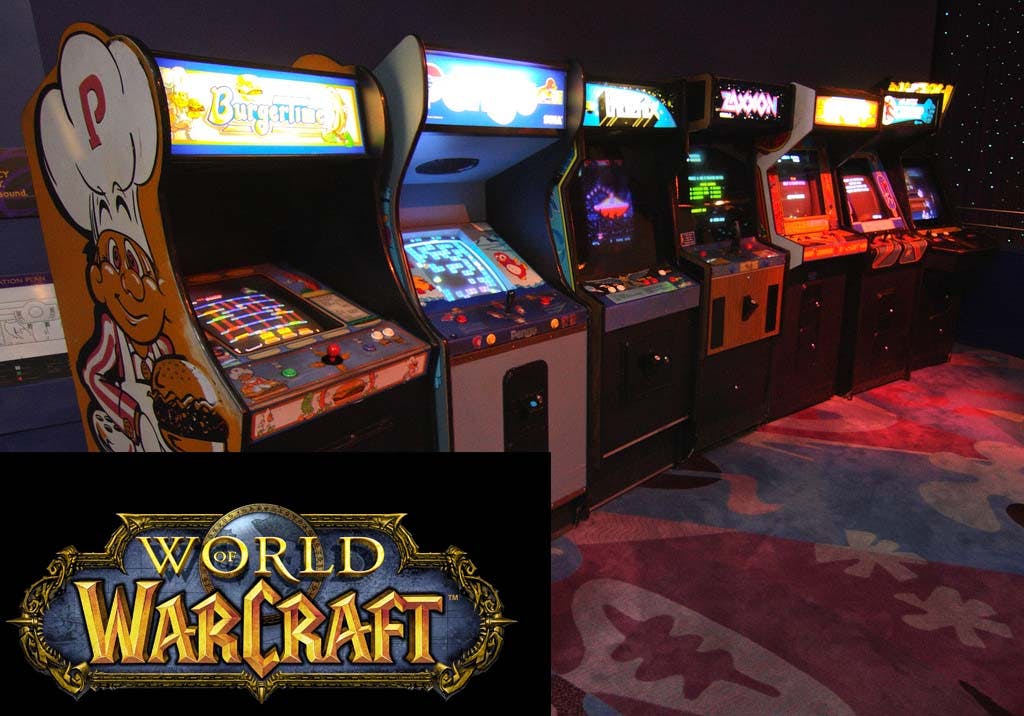 Because yesterday’s youth would gather in these loud establishments, eat greasy pizza, and gather around bulky machines to play their favorites. Now they connect in a virtual world. The only difference is that screaming insults at your teammates used to result in an immediate fist-fight, as opposed to text-based condemnation. 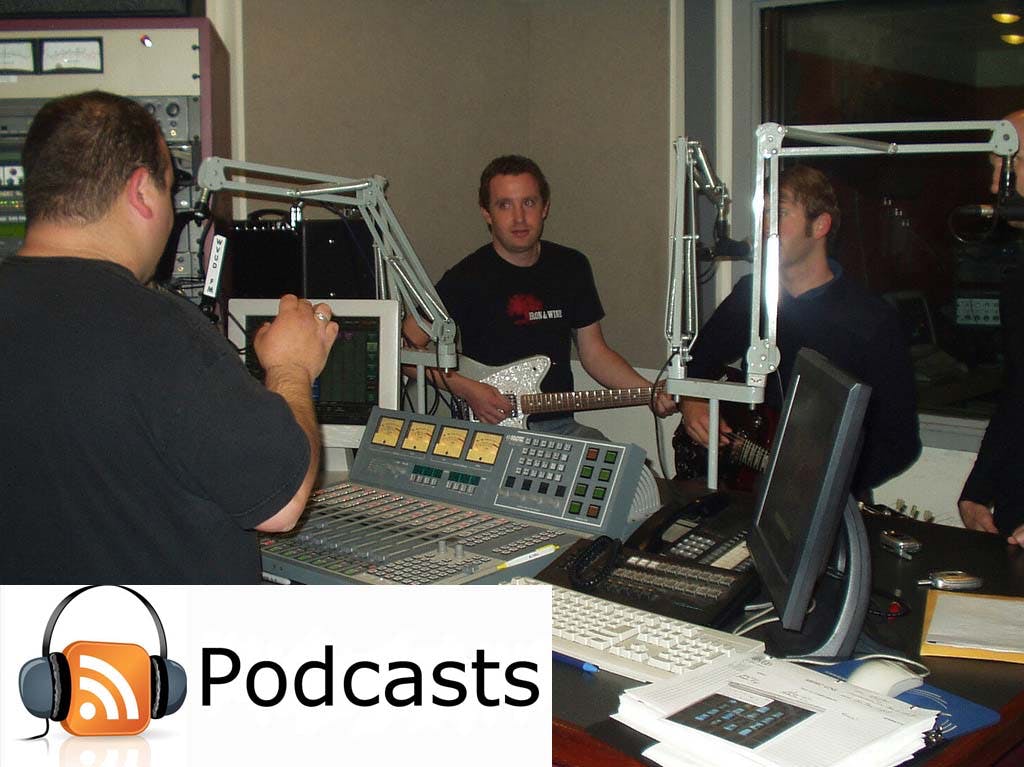 Because before we had the opportunity to share our stream-of-consciousness thoughts with the rest of the world, we had to rely on awkward university students who graced the AM or FM band’s weakest airwaves with awkward, pause-laden speech and bouts of dead air as they fumbled with the music equipment 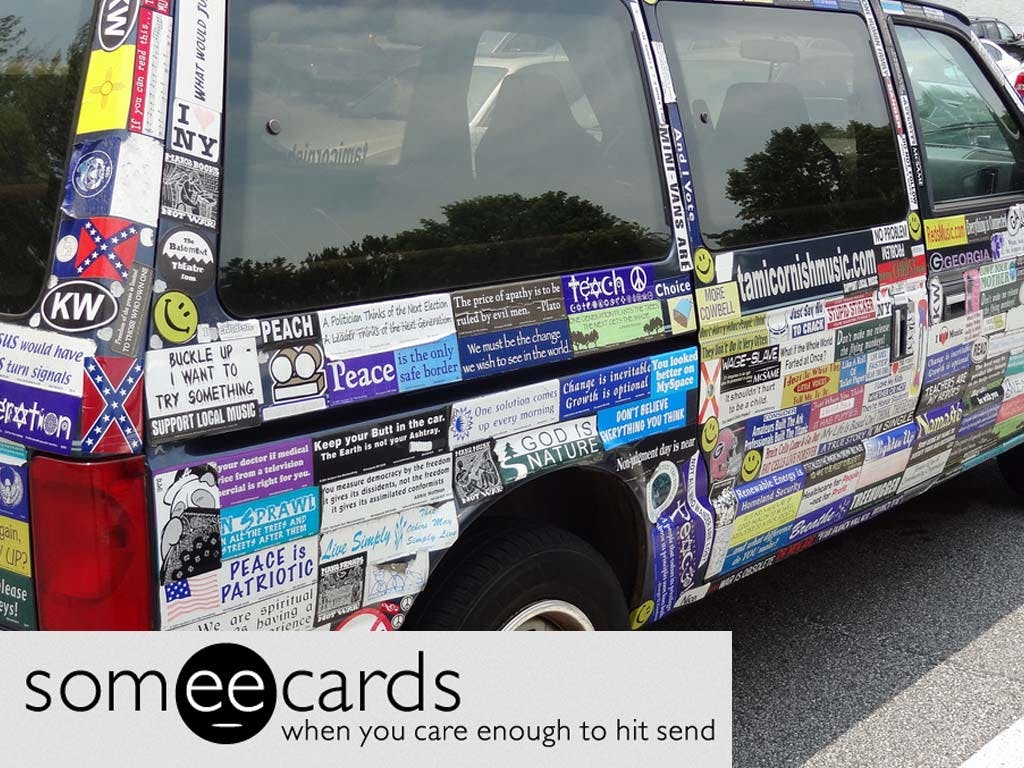 Because tough-talking teenagers and bored housewives used to have to rely of catchy bumper stickers to passively broadcast their feeling to the world through traffic jams. 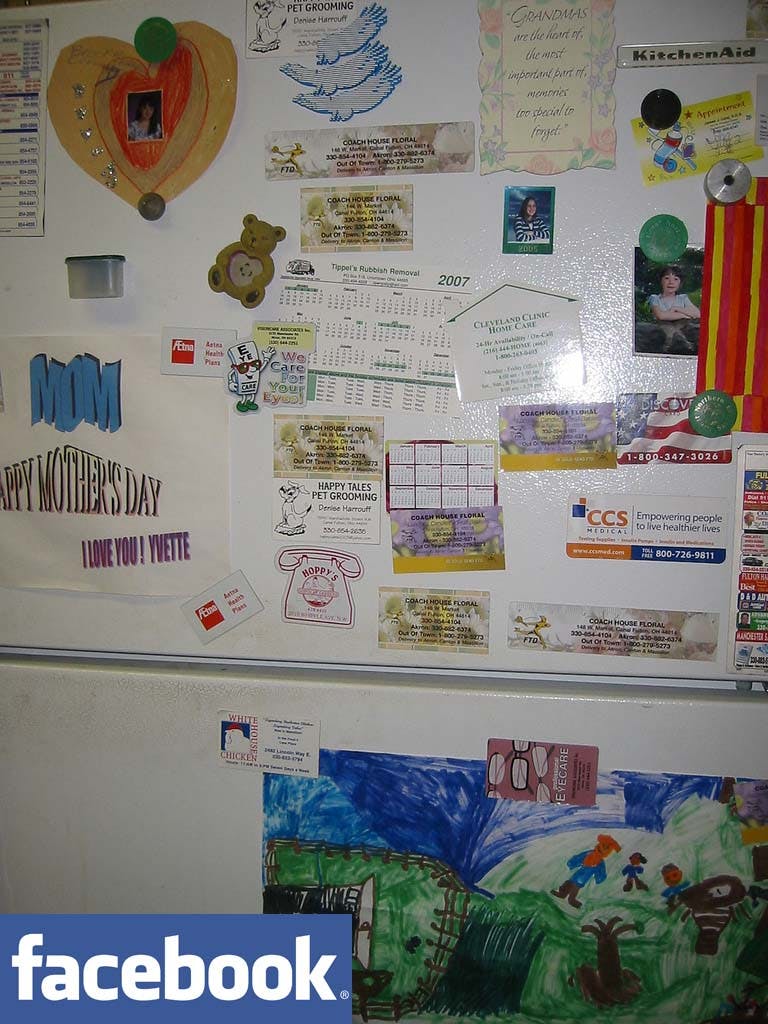 Because before Facebook, event reminders, shoddy school-made artwork, and, yes, photographs were attached to the front and sides of the kitchen appliances by magnets that themselves were somehow decorative.

All illustrations by Mike Fenn