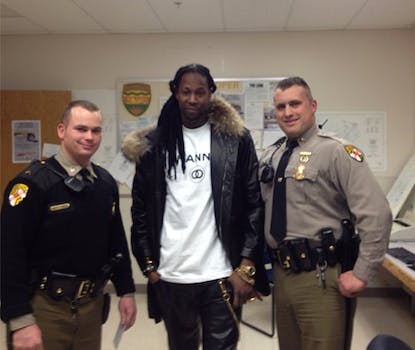 Cops who arrested 2 Chainz asked for this Instagram pic

"Locked me up and then Wanted pictures smh," he wrote.

Atlanta rapper Tauheed “2 Chainz” Epps is immensely popular—and also somewhat of a legal deviant. The 35-year-old purveyor of last year’s commercially sought-after Based on a T.R.U. Story boasts a track record longer than his discography.

2 Chainz added to that rap sheet Thursday evening when police on Maryland’s Eastern Shore arrested him shortly after 10:20pm for possession of marijuana and a little bit of drug paraphernalia.

Chainz was sent to a holding cell in Easton before police issued him a citation and told him to get on out of their hair.

Before that happened, however, those same police asked Chainz to pose for a picture, one that Chainz eventually put on Instagram.

“Locked me up and then Wanted pictures smh,” he wrote. 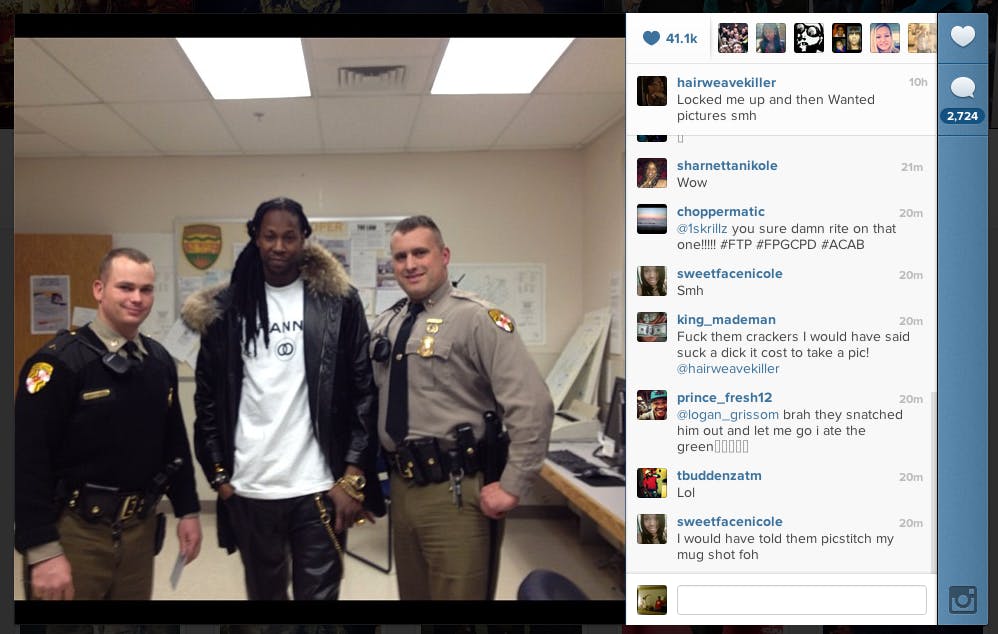