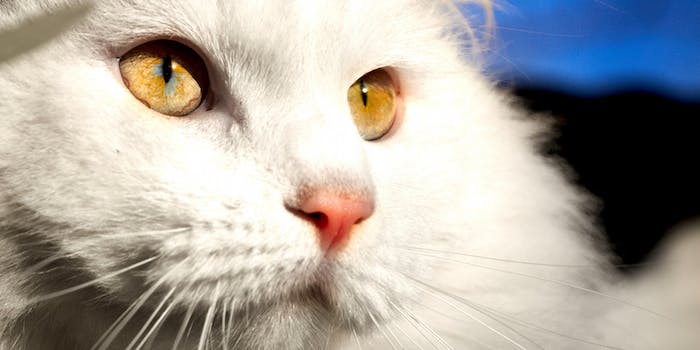 Meow that's what I call music.

You’re probably familiar with the footage from a 2007 news item about a Siberian woman who, at the time, kept 130 cats in her modest apartment. (Try not to imagine the smell.)

The feline food-time frenzy has since inspired any number of homages in which the B-roll is given a heavy metal soundtrack, so it seems as if the cats are moshing violently.

To briefly summarize: Cats love jumping all over each other to thunderous riffage, and I hope this knowledge has vastly improved your Friday. Have a great weekend, everyone.