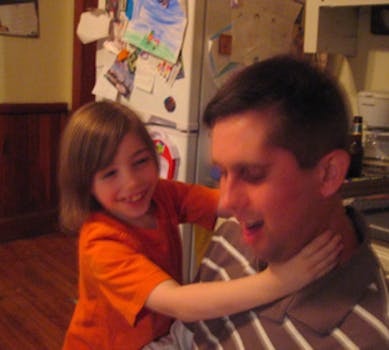 A 12-year-old girl’s  life was ruined forever Monday after a judge in her hometown of Brandon, Canada, banned her from Facebook for a full, entire year.

The reason: she’d used the social network to threaten two of her Manitoba area classmates, writing, “You have no idea how bad I want to strangle you two girls!!!! Omg! Yu just wait. Your time will come!”

According to the Winnipeg Free Press, the girl was inspired to write such a curdling threat after she found out that her boyfriend was “cheating” on her with one of the other girls who attended the same elementary school.

One of the girls’ mothers found the note and reported it to police, and the offender admitted responsibility.

Monday in court, Judge John Combs levied the 12-year-old with a one-year probation order and 50 hours of community service. The order also imposes a one-year ban from Facebook, the place where the 12-year-old spends so much of her time.

News of that banning was allegedly met with a big “Dislike” and a comparatively large “OMG.”

The 12-year-old’s attorney, Philip Sieklicki, argued that his client shouldn’t face any such ban, arguing that Facebook is a “staple” in the social lives of young people and a really important means of avoiding the dreaded Fear of Missing Out disease.

But the girl’s mother didn’t seem to share the same thinking, perhaps because her daughter already carries a rap sheet longer than most convicted criminals. She received a nine-month conditional discharge in August after being convicted on an assault charge and found herself in trouble again last month after she slapped a 13-year-old girl in the face.

“I personally think she doesn’t need Facebook, either,” the mother said.