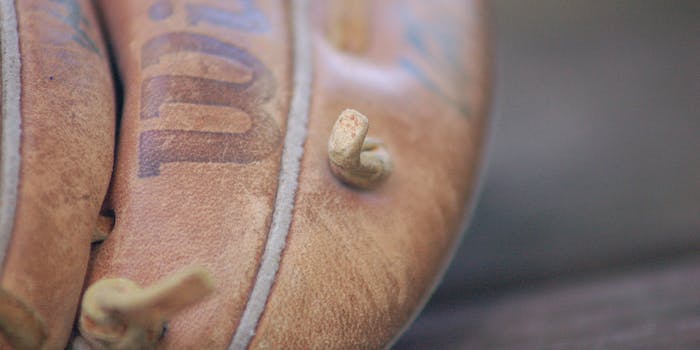 When it comes to professional baseball, there’s always room for improvement.

As opening day is now finally here, it seems like the perfect time to highlight a few changes we’d like Major League Baseball to make this season. Sure, there isn’t enough time to actually do anything, but perhaps MLB can take our recommendations under advisement.

Let’s acknowledge first that MLB has had a pretty good off-season, finally implementing instant replay and addressing—well, not really—home-plate collisions. There’s a lot more work to be done on both of these issues, but at least there’s now a foundation to build upon.

And of course, there’s always room for improvement. So, in no particular order, below are 10 ways to change baseball for the better.

After a grueling 162-game season, it’s unfair for the wild card winner to be decided by a single, sudden-death game, especially when, depending on the division in which they play, one team could have had a much better year.

The easy fix: play 160 regular season games instead of 162. If you just let out an audible gasp because this will change all single season records. Alas, the record book is already a complete sham thanks in part to PED users. And we tend to forget that Babe Ruth set all his records playing only 154 games. So shortening the season by two games for all teams makes sense in order to improve the post-season.

2. Enough with the beards.

If you want to grow a playoff beard or have some “normal” facial hair, have at it. But, watching cavemen with full beards in the heat of August seems ridiculous. I’m all for free expression, but let’s remember that beards don’t breed chemistry, winning does. Just ask the Yankees.

3. The National League should adopt the designated hitter.

I hate including this, but I think it’s time for both leagues to implement the DH. With interleague all season, this is something that has to happen. The players union should be all for the change and it will add some balance to free agency since national league teams are at a disadvantage when looking at valuable, but older, stars. Plus, who really wants to see Bartolo Colon run the bases. Scratch that, I’d pay to see that, but not when he’s got a 90% chance of pulling a hammy getting out of the batters box.

Enough already, I’m not even sure why they happen. But, as a Yankees fan living in the Bay Area, every time Fox airs an Angels-Royals game on Saturday instead of Yankees-Red Sox, I die a little inside. Technology has come too far for this still to be happening.

It’s gross, it contains a higher dosage of nicotine than a cigarette, and causes cancer. Need more reasons that that? Baseball needs to set a better example for the kids. It’s time for the players association to step up and agree to a full ban.

While the current system seems to be working, for the most part, it’s also clear that some players pay a hefty price for being caught (see: Nelson Cruz’s way below market 1 year/$8 million deal), while others actually benefit (see: Jhonny Peralta’s 4 year/$52 million deal). It’s time we bring out the scarlet letter. If a player gets caught using PEDs, upon return from suspension, the player has to wear a red uniform all of the time. Every time said player steps on the field, people will be reminded that he cheated the game.

Pitching hasn’t changed that much since the 1960s and ‘70s when throwing 200 innings in a season, let alone 300 innings, wasn’t a big deal. When good young pitchers like Stephen Strasberg and Matt Harvey, let alone Jarrod Parker, Patrick Corbin and Kris Medlen, have had or are undergoing Tommy John surgery while presumably under tight pitch counts and innings limits, something needs to be done. Let’s instead listen to some pitching greats on how to build arm strength; maybe they just might know something.

8. Change the way managers use their bullpens.

While we’re talking pitchers, can managers please step up and start using their bullpens differently. If everyone knows that the most important out in a game may come in the 7th inning, it would be great if a manager had the guts to actually use his best pitcher available, no matter the inning. And enough with strict lefty-righty match-ups even when the numbers don’t favor it. The two best relief performances I’ve ever seen were Mariano Rivera in 1996 and Tim Lincecum in the post-season in 2012. Completely dominant pitching for more than one inning at a time, getting the most important outs of the game, and yet no team tries to replicate it.

Please, please, for the love of things good in the world, please stop panning to nervous fans in the stands during a tense moment in the game. None of us care about an anonymous St. Louis Cardinal fan biting his nails or pulling her hat down over her eyes in anticipation of the next pitch. Instead, show us how the fielders are positioned or you know, something that actually could affect the next play.

10. No more whining about how long it takes to play a game.

Why is everyone in such a hurry to get back to real life? Baseball is a beautiful game, enjoy it. If baseball games are too long for you, go watch a game with a clock, then you can complain about all the TV timeouts.

Enjoy the season everyone. As usual, I’m predicting a Yankees-Giants World Series.

Neil Cohen lives in the San Francisco Bay Area with his wife and toddler son. A former corporate PR guy, he’s now enjoying his new gig as a stay-at-home dad. He writes about parenting, current events and sports at his blog Man on Third. You can follow him at @manonthirdblog. This article was originally featured on the Good Men Project and reposted with permission.