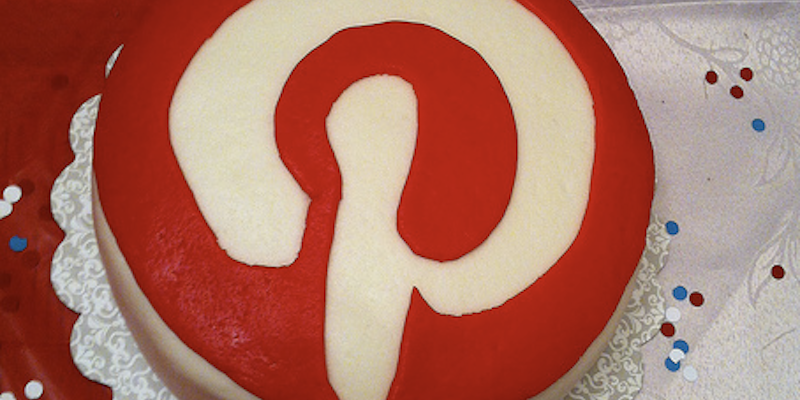 As part of the Daily Dot's anniversary celebration, Lauren Orsini looks back at Pinterest's biggest successes and most dramatic milestones from the past year.

Out of all the social networks the Daily Dot has covered in the last year, Pinterest has grown and changed the most. By making it a priority to cover the image-sharing network’s happenings, we’ve had a front row seat to the site’s biggest successes and most dramatic milestones.

Here are 10 of the most significant benchmarks in Pinterest’s history that we’ve had the opportunity to witness.

In the Daily Dot’s first article drawing attention to the small, rarely mentioned new social network last September, reporter Jordan Valinsky opened the story with an eerily astute remark: “If you haven’t heard of Pinterest yet, you will soon.”

In December, Pinterest went meta. Users were creating and posting their own inside jokes about using the addictive platform. This was still before most tech sites had caught onto the Pinterest phenomenon, but the community was already becoming self-aware.

This was the turning point for Pinterest. With growth up 4,000 percent, it had achieved that magical growth spike. Now tech bloggers, even those who formerly said they “didn’t get” Pinterest, were no longer able to ignore it. Why didn’t they get it? See number four.

From the beginning, Pinterest was pegged as the girly social network (and this despite being formed by three male cofounders). But after Drew Hawkins’ manly board gained one million followers, it became clear that Pinterest was for all interests. And not just typical male or female stuff either: Pinterest has seen its fair share of political activism, cause awareness, and humor.

With more coverage comes more scrutiny; Pinterest’s copyright woes began in February. Although Pinterest cofounder Ben Silbermann insisted to the Wall Street Journal that copyright “hasn’t been a significant issue so far,” users wrote terror-inducing blog posts, and thousands went so far as to boycott the site. Since Pinterest depends on users being able to pin images online, Pinterest’s Terms of Service, which implied users would be prosecuted if they pin what they don’t own, meant users were breaking the law.

Yes, he certainly has, along with Newt Gingrich, Ann Romney, and scads of celebrities. Scads! Just as Twitter took off after entertainers like Ashton Kutcher embraced it, Pinterest saw its popularity soar after famous people started signing up.

In March, Pinterest lawyered up and dealt with users’ rising panic. Post-update, Pin Etiquette was no longer cryptically contradictory, and users were no longer forbidden to pin images they did not own. It also introduced the no-pin tag, meaning most netizens who wanted to stay off Pinterest had a simple but firm way of letting pinners know.

Sciarra, Evan Sharp, and Ben Silbermann were the site’s three original founders, but Silbermann quickly assumed the spotlight. Even before Sciarra stepped down and left Silbermann as official CEO, Silbermann had been Pinterest’s unofficial spokesman. Now Sharp works on products and design while Silbermann serves as the face of the company.

Pinterest puts users’ concerns about illegal activity to bed for good. From June onward, pins from Flickr, Etsy, Vimeo, Kickstarter, Behance, and more are automatically captioned with their source and credit information. Even if pinners attempt to remove the information, it remains. Finally, nearly all pins are sourced, credited, and—according to Pinterest’s terms—legal.

After two-and-a-half years and more than 13 million signups, Pinterest finally leaves private beta. Sure, there were loopholes for getting around the platform’s mandatory waitlist, but its decision to finally do away with it was the digital equivalent of putting out a welcome mat. Pinterest is open and ready for business—and it looks like it’s here to stay.