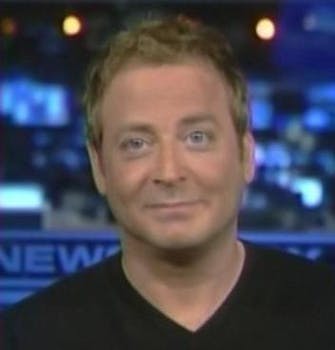 Here are 10 comedians and political commentators you can count on to #mockthevote tonight on Twitter.

For comedians and even average users, the presidential debate is a sprint to the punchline on Twitter, with rapid-fire jokes and parody accounts created in a matter of seconds.

“[I]t truly does seem like there’s a race on Twitter and other social-networking platforms to be the first to arrive with the joke,” actor and humorist John Hodgman recently told the Daily Dot. “I think this happens now with most major, or even minor, news events. And anxiety is born out of the fact that those of us who make jokes professionally or semi-professionally—or in my case, literary humorbon mots—are more aware than ever, because of the cloud hive mind of Twitter, just how many smart, funny people are out there.

With that in mind, here are 10 people worth following throughout the debate tonight between Vice President Joe Biden and congressman Paul Ryan. (And don’t forget, the Daily Dot will be live-GIFing and recapping all the madness on Twitter and Tumblr.)

If his tweets about last week’s debate are anything to go by, the actor and writer won’t hold back when dishing out pithy quips.

Sure, Tyson is more of a scientist than a political pundit, but he had some pointed commentary about Mitt Romney’s PBS comment and both Romney and Obama’s failure to address the role of science and technology in job creation.

We’re not sure how exactly Joe Biden will be live-tweeting from this account during his debate, but the Onion will undoubtedly be quick to the draw in any case.

Longstanding political satirist Borowitz should be on point with barbed missives like this:

The Daily Show with Jon Stewart creator Winstead posted a slew of reactionary, funny, and critical tweets during the first debate. It’d be surprising if more of the same weren’t in order for the rest.

This parody account of the TV anchor from HBO’s The Newsroom is perennially in search of the truth and should have some very real points to make.

Fox News commentator and humorist Levy is likely to hold the Democrats to task, as he did with this comment during the first debate:

Newell, a writer for The Guardian and Wonkette among others, offers constructive analysis and criticism to both sides.

Salon politics writer Pareene was delightfully snarky while the first debate was going down.