The mobile Web's bacchanal of sin known as Vine was once a safe haven for pictures of breasts. Now it's home to marijuana smokers. What next?

People sure are going to a lot of effort to share Vines of themselves smoking pot.

A peek through tags like #420, #weed, and #pot reveals dozens of people who cut together six-second videos of themselves rolling joints, lighting bongs, and showing off stashes.

There’s a lot of work put into some of these videos as well. A few time-lapse Vines are moderately impressive—far better than the ones posted by people with barely enough energy to point a phone camera at their face and hold their finger on the screen for six seconds. 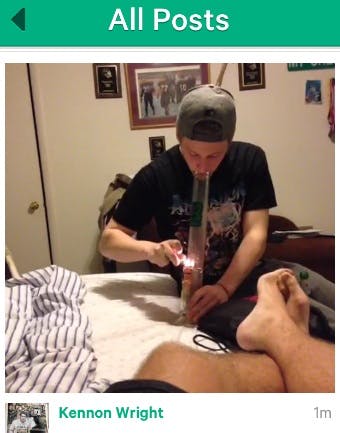 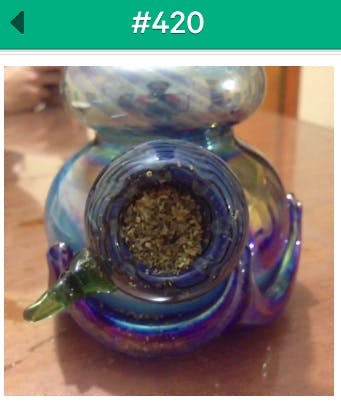 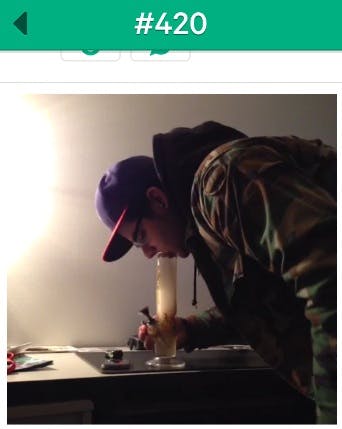 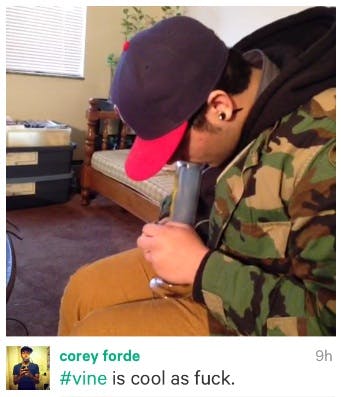 Either way, at least we know what we can expect if Rihanna joins Vine.