He made his bread and now he'll have to lie in it.

If you can’t handle the heat, don’t take a nap on a pile of food.

One Burger King employee in Japan seemed a little fed up with the glut of orders he had to speed through on a busy weekday.

“How many Whopper Juniors do you think I’ve made?” wrote @inotayuta on his now-deleted Twitter account. “See if you can figure out it for yourself.”

He shared a photo of himself draped over a pile of buns, right next to a bucket containing something both unidentifiable and utterly disgusting. 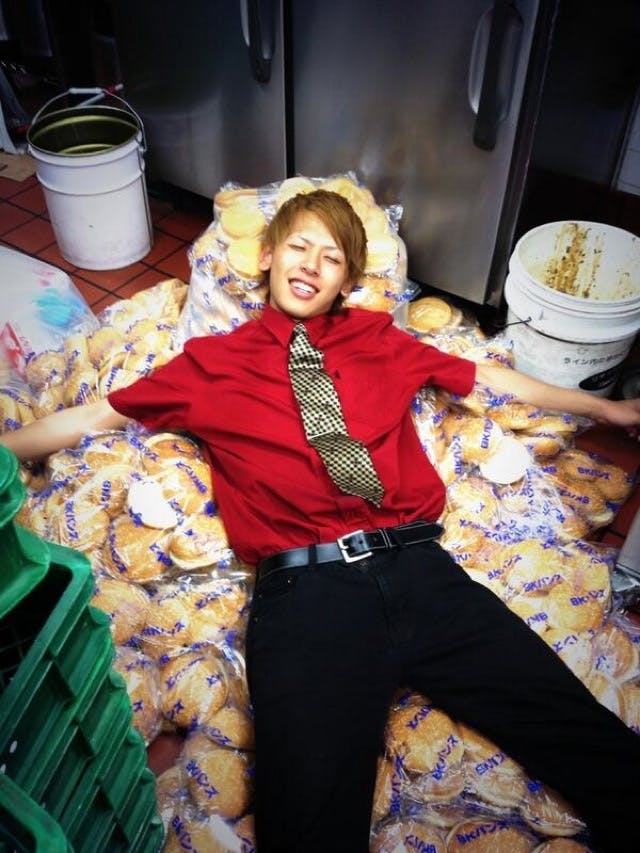 Sure enough, the image of a food industry employee relaxing on a mound of foodstuff infuriated members of Japan’s prominent, influential 2ch forum, according to Kotaku.

Forum users barraged Burger King with complaints, forcing the company to apologize, clarify that the food was never actually served to customers, and reprimand @inotayuta.

Fast food employees doing dirty deeds with food and bragging online has become a fad lately. Subway fired two workers last month after photos of one slapping his genitals on a foot-long spread online. In Augsut, 2012, Taco Bell dumped an employee worker who filmed himself urinating on food. KFC, meanwhile, gave one guy his marching orders after he made out with mashed potatoes shaped like a breast.

There’s no word from Burger King PR on whether @inotaya awaits a similar fate.

Photo by @inotayuta/Twitter via Kotaku