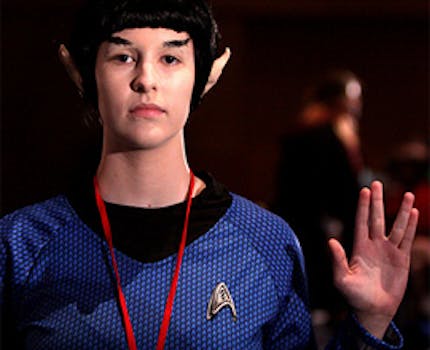 TrekkieDating, a new dating site for Star Trek fans, isn't exactly going where no one has gone before.

An online dating site for fans of Star Trek? Fascinating!

What’s perhaps even more interesting about TrekkieDating, a new personals site targeted at fans of Star Trek, is what it doesn’t do. For instance, the signup form doesn’t let you specify whether you’re human or Vulcan, Romulan or a member of the Borg.  And the “languages spoken” option doesn’t even include Klingon.

But that hasn’t stopped a small handful of Trekkies from populating the site since its creation earlier this month.

“Must love my tribble,” states Paulaj37.  “In space, no one can hear you…..?” queries DWB6646. “I just love the Star Trek series…and watched them over and over in my teens,” says GypsyValentine50.

“My favorite series is [the original], I’ve seen every episode and movie!” writes vu1can. “My OTP [One True Pairing] will always be Kirk/Spock.”

Although Trekkie Dating may be the newest, it’s by no means the only website on the dating scene devoted to connecting fans, geeks and members of other subcultures. Geek dating site Soul Geek has subforums for fans of Marvel comics, Star Wars, and Transformers. In 2004 a dating franchise called Passions Network launched a horde of niche personals sites—everything from Trek Passions and Manga Passions to Libertarian Passions and Clown Passions. 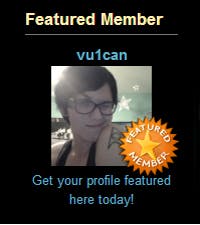 Then there’s the furry fandom, comprised of fans who enjoy fictional animal characters embodied with human traits. A  key component of furry fandom includes cosplay and roleplay—that is, dressing in costume and often pretending to be the fictional animal characters in question. Furries have a keener interest than most fans in making personal connections with other people who accept the furry lifestyle, so it’s no surprise that among the largest fandom dating sites around are Furrymate and Pounced.org.  And on the other end of the animal-lover spectrum, we have Purrsonals, for cat-lovers.

Not all the interaction on these sites is about romantic connections. Cat lover Bismillahent writes that she “intends to set up the first FELINE SHELTER in Ghana and needs tips on how to go about it successfully.” Over at Pounced, members ask advice on creating good costumes and discuss what makes a good fan convention.

But most people on these sites are like everyone on other dating sites—looking for love, friendship, or both. Right now, with its largely generic interface, TrekkieDating might not be able to command the same kind of niche appeal as TrekPassions, where hundreds of Trekkies state that they are currently “In Pon Farr,” the 7-year mating cycle of Vulcans. (Spoiler alert: Spock gets through his by working it off with Kirk.)

But given the popularity of such sites, it’s clear that regardless of how intuitive the forum itself is, users will flock to places where they can discuss their fannish passions along with their romantic ones.

Just so long as they pay TrekkieDating’s $24.99 monthly fee first.