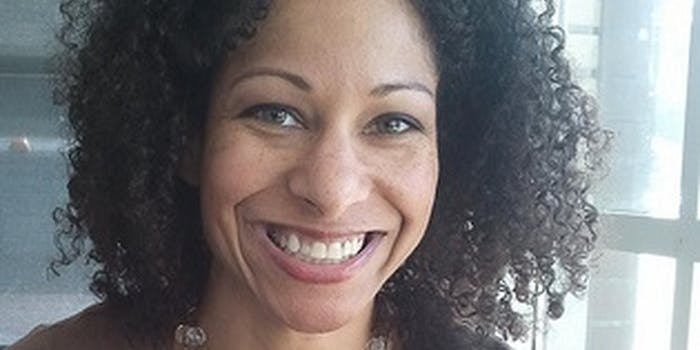 In the wake of the #donglegate saga, redditors are rallying behind the man who was fired over the incident. Why? "It's our middle finger to feminists."

In the wake of the #donglegate saga, redditors are rallying behind the man who was fired over the incident. Why? “It’s our middle finger to feminists.”

At the PyCon programming conference last weekend, developer evangelist Adria Richards overheard a sexual joke behind her about “big dongles” and tweeted a photo of the men who made it. The incident, and ensuing fallout, led to both the man who made the crack and Richards being fired from their jobs.

But a new subreddit called r/FVF, which stands for Feminist Victims Fund, are making a martyr of the male developer who was laid off from mobile game monetization firm PlayHaven.

The first campaign on the day-old subreddit calls for Bitcoin donations.

“Our first Victim who we would like to reach out to is ‘Mr Hank’ from the Adria Richards scandal,” moderator u/redpillschool wrote in that thread.

Another thread, announcing the opening of the subreddit, proclaims:

Feminism has caused some serious changes to our culture, to our society, and to our lives. We focus on some that are affected more than others, and we give back. Our goal is to encourage men to speak out, to be men, to not fear oppression and enjoy their freedom of speech. Unfortunately in today’s climate, being a man has become a financial liability. Say the wrong thing in the wrong place and you can find your entire life ruined. Destroyed. Feminists have fought for equality, but now they’re out for our rights. They’re destroying us financially. They’re trying to tear apart our families. We’re saying that enough is enough. No longer should men fear masculinity. No longer should speaking up risk a man his job, career, or family. It’s time to rise up against the tyranny. It’s time to tell men it’s ok to speak up. We’re here for you. This is the Feminist Victims Fund.

The subreddit was borne from r/theredpill, a Reddit section dedicated to helping others find out how “to live, find success and happiness in an era of Feminism.”

u/redpillschool told the Daily Dot the idea for the subreddit came from “a conversation I was having with Roosh and some forum members, we were trying to determine a good way to start helping with what we believe to be a worsening climate. Every day we see more ridiculous examples of feminists over-reacting without considering the consequences. When this man got fired, it was the final straw.”

The redditor claimed that those behind r/FVF, which has nine subscribers thus far, plan to raise and send aid “to real victims that we read about in the media” as determined by a selection group comprising himself and two others at the moment.

The decision to use Bitcoin came from a desire of anonymity when donating. “Bitcoin allows us to run our entire movement without any way of tracking who is involved,” the initial thread states. “It’s our middle finger to feminists.”

The aim is to collect at least $1,000 to send to the developer. Once the money’s raised, redpillschool plans to convert the Bitcoins to dollars, sending a photo of a cashier’s check with the subreddit before sending it.

redpillschool claims the r/FVF collective wants to “put out a message that says, ‘hey, it’s ok to be a man!’ At the moment, a lot of men aren’t sure if that’s true. It’s a scary climate when feminists stopped pushing for their own rights and started trampling on men’s.”

Whether the developer is a true victim in this incident is up for debate. That he has his supporters evidently is not.