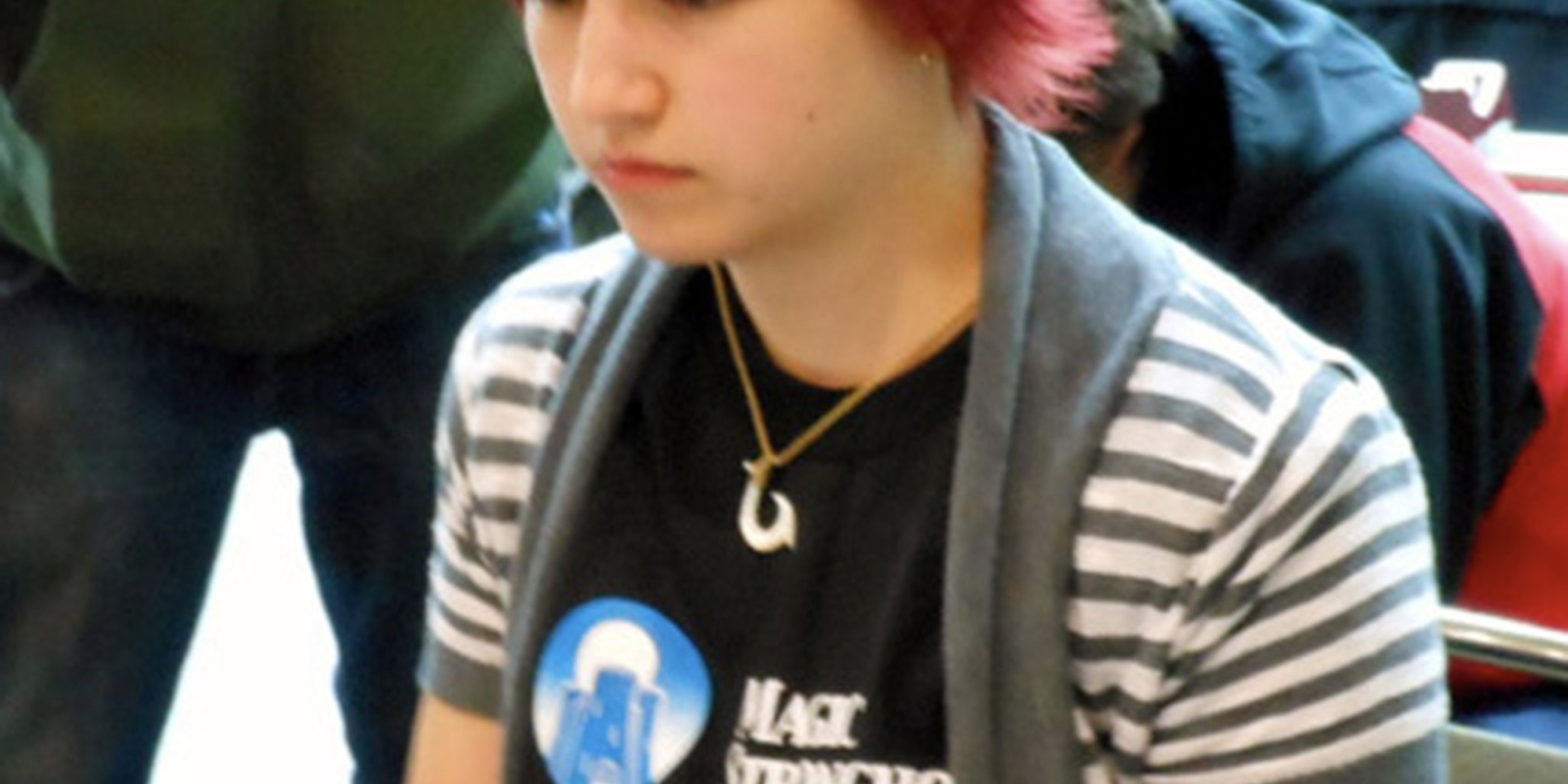 Female players of Magic: The Gathering face a daunting opponent—sexism

When Jackie Lee plays in Magic: The Gathering tournaments, she doesn't just have to face her competitors; she also has to face sexist vitriol from strangers.

Late last February, 1,546 players assembled in the Baltimore Convention Center to play Magic: The Gathering, a competitive collectible card game. To outsiders, the Hasbro-owned fantasy game is a diversion. To these tournament participants, however, it’s a cut-throat mental battle for a $3,500 prize.

Among the players present was Jackie Lee, a 27-year-old illustrator who had traveled from Boston to compete. Lee was no ordinary participant: In order to prepare for the Baltimore Grand Prix, she play-tested her deck and studied strategy for 30 hours every week.

After 15 grueling one-on-one matches, Lee’s hard work paid off and she found herself playing in the semifinals. This match would be livestreamed around the globe and commented on by a pair of sportscasters, like a high-stakes poker game.

It was here that Lee’s luck began to change.

Cloaked in the anonymity of the stream’s live chat, hundreds of viewers began to berate Lee for what they considered her largest offense: playing cards while female.

Online sexism is nothing new. What makes Lee’s case special is that she’s facing it by herself.

Regardless of the support she garners from other female—and more commonly, male—players, Lee is in an unprecedented position. She holds a ranking among the top 100 players worldwide. Hers is the only name among the top 100 that’s female.

Players estimate that women make up ten percent of the community. But according to another professional Magic player, writer Patrick Chapin, this handful of female players is beginning to outperform its male counterparts. As he wrote on Star City Games, one of the web’s premier Magic strategy blogs, women are a more noticeable part of the community than ever:

“Percentage-wise, women are performing not only better than ever at Grand Prix, but better than men by a clear margin,” he wrote. “Seventy-five percent of all women to [make it to the] Top 8 [of] a Grand Prix in Magic’s 15-year history did so in the past four months.”

Chapin, an internationally ranked player himself, told the Daily Dot that no woman before Lee has ever been so widely considered a top player by her peers.

“This isn’t a first or anything, but from watching her play, I can tell you, she isn’t just good for ‘a girl.’ She truly is top 20 or top 15 in the US, and if she keeps performing at this level, she will continue to climb. She has skill, mental toughness, endurance, perspective, is cool under pressure, and a great attitude. Plus it looks like she is having fun.”

While the sexism often present in the Magic community has kept many women from competing, Chapin said he thinks Lee is helping to change that.

“Racism and sexism were nothing new, but being a champion did not spare Jackie Robinson or Billie Jean King. Jackie Lee is scaring people, as she is breaking down world views of a lot of people. She is the best female player of all time already, and on the way up. She is also making it a lot better for everyone who is to come after her and she is doing a lot for Magic culture.”

Lee is seen as an inspiration—and to some, as the embodiment of the threat to the male-dominant status quo. In order to feel they’ve put her back in her place, some threaten her with rape, one of the oldest power assertions in history:

“I don’t personally care what this pack of children says about me, but I find it very sad, given that other women have told me I’m a source of inspiration. When your champion is getting publicly threatened with rape during a serious competition, I think that says terrible things about your community.”

Wizards of the Coast, the Hasbro subsidiary that produces Magic: The Gathering cards (as well as other fantasy games like Dungeons and Dragons) has already made its position on sexual harassment clear. Last year, the company banned a player for life after he wrote an online post in which he threatened to rape a female Wizards employee.

That employee was Helene Bergeot, the Director of Organized Play. Bergeot, who oversees Magic tournament regulations worldwide, told the Daily Dot that sexism and harassment are “definitely not welcome,” online or off.

“It is considered as unsporting conduct,” she said. “Fortunately, we’ve encountered only a few isolated cases of this nature and even fewer reported by female players or judges.”

Perhaps Bergeot has encountered few cases because of her reputation as somebody who takes harassment very seriously. In late March, she had another player suspended for taking photos of other tournament attendees and making fun of their appearances on Twitter. That same weekend, she blogged a warning for other players who would do the same.

“Disrespectful, harassing or bullying behavior, whether onsite or online, is not welcome at Magic events and violates Magic tournament floor rules,” she wrote.

Supporters know that if anyone is going to put a halt to the sexist remarks Lee is facing, it’ll be Bergeot. For example, when Dan Barrett saw another player tweeting sexist remarks about Lee and fellow female player Melissa DeTora, he immediately brought them to Bergeot’s attention.

For her part, however, Lee has done—and cared—little about her trolls. Apart from a short lecture at the end of a strategy article, Lee’s public statements are strictly about the game.

She hopes that her stoicism will pave the way for more women to start playing Magic.

“It’s been shown that in very heavily male-dominated professions, such as certain fields of science, when the number of women begins to approach 50 percent, the chilly climate evaporates,” she said. “I’m hoping that as more women enter the tournament scene, women who play will finally be regarded as the norm, and we can all stop fussing about it.”

Photo via Wizards of the Coast