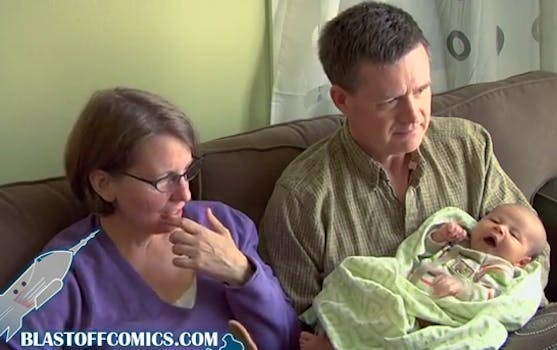 Marvel Comics artist Karl Kesel is willing to part with his comics collection to raise $25,000 for adoption costs.

Serious collectors can’t just sell off their collections. They can’t just excise a part of themselves, a life’s work of single-minded devotion. But Karl Kesel can. He’s found something far more important—his child. Isaac, who Kesel and his wife adopted last May, is the son of two heroin addicts.

Kesel isn’t just a collector. He penned and inked comics himself for Marvel for more than 20 years. And he’s selling almost all his books to pay off Isaac’s adoption costs: $25,000.

Thanks to a touching story by The Oregonian’s Steve Duin, however, the Internet has taken notice. Users of Reddit’s r/UpliftingNews, spearheaded by their passionate moderator, are raising money for Kesel.

And they don’t want him to lose those books.

r/UpliftingNews moderator razorsheldon issued a “call to arms” at the section on Aug. 24, launching a Crowdtilt fundraising page and inviting his readers to pitch in.

“Why not start a fundraising campaign to buy as many of his comics as we could so we could give them right back to him? I have no lofty expectations for this endeavor, but I thought even purchasing one comic would send the right message that there are people out there that are grateful that people like Karl and his wife Myrna exist to make this world a better place.”

You may not be familiar with r/UpliftingNews, but you’ve almost certainly seen the section’s fundraising handiwork. The section’s first “call to arms” was a rally for bullied bus monitor Karen Klein. That fundraiser topped out at about $750,000.

Jud Meyers, the CEO of Blastoff Comics, a company that specializes in selling comic collections for good causes and that’s managing Kesel’s sale, said he’s making sure that Kesel is a big part of any decisions that are being made, especially which comics return to him.

Was Kesel surprised by the Internet’s response?

“Surprise for sure,” Meyers explained. “Partially because the nature of the Internet, it moves so fast. I think he was taken aback that so many people he doesn’t know rallied to a cause. And took it upon themselves to not just give money, but to get the comics back in his hands.”

With the fundraiser ending Friday, the group’s already blown past its humble goal of $1,000—more than tripling it, in fact, hitting $3,100 in less than a week. That’s not enough to buy the entire collection, nor does it come close to the $25,000 Kesel needs to cover adoption costs.

But it’s not the total that matters. Each book–which has been saved by this collection of pseudonymous strangers on the Internet–is priceless, a memory from Kesel’s childhood. And one that he’ll now be able to keep, to share with his new son.