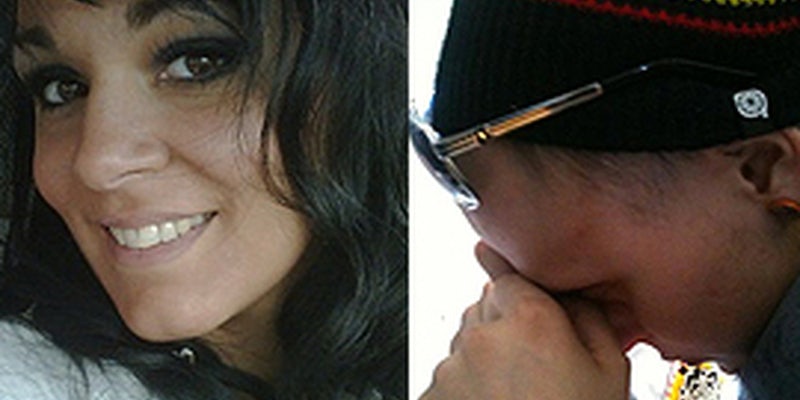 In the wake of cancer victim Thomas Doty's death, the Internet is determined to crack the identity of scammer "Jonnica Ellis."

Just who is “Jonnica Ellis,” the woman responsible for scamming a dying boy out of a much-needed financial windfall that never materialized? In the wake of cancer victim Thomas Doty’s death, the Internet is determined to find out.

When Thomas Doty’s mother,Tiffany, made a website, Heal Thomas, to raise funds for her son’s bone cancer treatment, she was desperate for aid from any corner. Instead, the Dotys found an Internet stalker, an obsessive Deadliest Catch fan who promised them a $250,000 windfall that never came through. The money would prove to be Thomas’ last hope: On Dec. 19, just weeks after his 20th birthday, Thomas passed away, and the Internet began a quest to find the real woman behind the alias, “Jonnica Ellis,” responsible for scamming him and his family.

In her opening post on the website, dated June 6, 2011, Tiffany Doty wrote about the difficulty of trying to keep their family afloat while struggling to pay Thomas’s treatment, noting, “At present, our home is in foreclosure, and along with Thomas’ ongoing needs, we are battle-worn and overwhelmed.”

Among the friends who attempted to help fundraise for the family was Johnathan Hillstrand, captain of the crab trawler Time Bandit on Discovery’s popular Deadliest Catch reality show. Hillstrand created a video to urge friends and viewers to donate to help pay the family’s expenses.

But Hillstrand’s connection to the family drew a fan obsessed with Hillstrand himself: a woman allegedly known by several aliases, including “Jonnica Ellis,” “Rosemarie Ellis,” and “JoleeAnna Dachino.” Posing as a nurse, the woman, whose only blog entry reveals her to be a fan of the Deadliest Catch, reportedly began offering the family a much-needed check in June 2012, exchanging phone calls with Thomas’s mother and sending him a bouquet of flowers that promised, “your worries are over.”

Instead, the woman allegedly began stalking the family. After reading one of several articles about the hoax shortly before Thomas’s death, an unknown Internet user identified as “Who is Jonnica Ellis” commented, “I was so disgusted by this story… So, I took over her twitter handle @jonnicaellis and I have started a Facebook page… She will NOT get away with this!!”

In addition to reposting pictures cached from deleted Photobucket and other accounts possibly used by the woman, digging up stock photos, and sharing allegedly fraudulent bank letters claiming to verify Ellis’ identity, the user has reposted videos from what they claim is a Givit.com account used by the alias Rosemarie Ellis, one a memorial to her sister Monica, who allegedly died in August, and one featuring a clearly obsessive portrayal of Hillstrand as her “soulmate.”

A representative at Forest Hill, the Shelbyville, Ind., cemetery where Jonnica Ellis’ sister Monica was allegedly buried in August, told the Daily Dot that there was no record of such a person being buried there. Additionally, attempts to contact the user behind these exposé accounts were unreturned at press time.

Meanwhile, 10 days after her son’s death, Tiffany Doty tweeted that Thomas’ last request was, “Find Jonnica Ellis @Jonnicaellis so she cannot hurt anyone else. Thomas my love, I’m on it!”

If the Internet steps in to help, Doty might not have long to wait until Ellis’ identity is discovered.