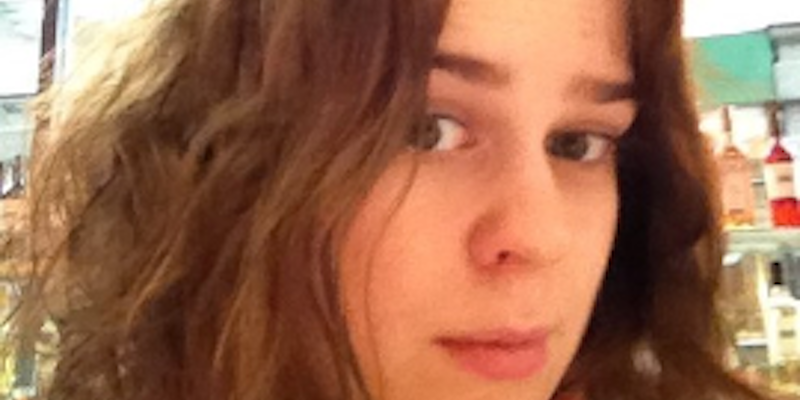 Is feminist intersectionality just an excuse for bullying?

New Statesman writer Helen Lewis had a sizable Twitter following of nearly 30,000 people, right up until the she decided she'd had enough of online politics this weekend and deleted her account.

New Statesman writer Helen Lewis had a sizable Twitter following of nearly 30,000 people, right up until the she decided she’d had enough of online politics this weekend and deleted her account. Now, Lewis’s detractors are being called bullies for driving her offline, as her departure briefly trended on Monday and ignited a Twitter conversation about who bullied whom.

It’s a rabbit hole burrowing beneath a community that’s struggling to define itself around new arguments for greater inclusivity and diversity—and struggling to act with integrity on the Internet.

Lewis, a deputy editor for the British news magazine, was once dubbed one of the 100 worst people on Twitter for her perceived inconsistent stance on feminist issues. She ran into trouble when she simultaneously wrote a Tumblr post about the need for nuanced conversation on Twitter, and republished a months-old Storify account of an online kerfuffle, titled “How ‘privilege-checking’ hurts discussion.”

The Storify collected accounts of a call-out attempt gone wrong back in January, when a feminist blogger named Sam Ambreen first accused another blogger of racism, then realized she was mistaken and apologized. The blogger accepted her apology; no harm, no foul. But then Lewis, a bystander to the incident, storified it in a way that some readers felt left out crucial parts of the discussion and made light of Ambreen’s eventual apology. After Ambreen and others took her to task for the lack of context, Lewis reportedly decided to unpublish the Storify.

But then in March, Ambreen wrote a blog post that reportedly caused Lewis to change her mind.

To understand this debate, we need to back up. For months, queer, disabled, transgendered, and POC (people of color) feminists have been locked in an ongoing debate over a group of popular white feminists with large public platforms. The debate centers around the concept of “intersectionality,” an argument that to be an effective activist for your particular community, you can’t leave other marginalized people out of your work.

Lately, a growing credo within the community is “My feminism will be intersectional or it will be bullshit.” But the growing demand for inclusion and awareness of all the other marginalized groups in any given conversation has caused a backlash among some white feminists, who feel that intersectionality can often devolve into a semantic argument about who is more oppressed that can ultimately detract from the conversation.

The argument has been intensifying for a while now. Last fall, amid an ongoing swell of criticism surrounding white feminists like Lena Dunham and Naomi Wolf, the wildly popular Caitlin Moran drew huge amounts of backlash after she landed in a maelstrom of accusations of transphobia and racist remarks by many, many, many offended feminists.

In December, Helen Lewis defended Moran by analyzing and excusing most of the major incidents Moran was being criticized for, much to the chagrin of several readers. Around the same time, her colleague Tom Midlane argued in the New Statesman that “privilege” was destroying the progress of feminism. The concept of “privilege” as it applies to human rights has been around since the late ’80s, most famously embodied in the 1990 essay “Unpacking the Invisible Knapsack.” In latter years, as academic theories have wended their way into online discourse, conversations about how to understand and dismantle one’s own layers of socioeconomic privilege—called “checking your privilege”—have become a crucial part of the discourse around intersectionality.

But Midlane argues that the emphasis on privilege-checking impedes communication and the feminist agenda:

Why does this matter, you ask? The answer is simple: it matters because privilege-checking has thoroughly infected progressive thought. While large swathes of the left are obsessively pouncing on verbal slips on Twitter, the right are acting: systematically deconstructing not just the welfare state, but the state itself.

Privilege-checking plays into the dangerous postmodern fallacy that we can only understand things we have direct experience of. In place of concepts like empathy and imagination, which help us recognise our shared humanity, it atomises us into a series of ever-smaller taxonomical groups: working class transsexual, disabled black woman, heteronormative male.

Fast forward to Ambreen’s March post. In it, she argues that intersectionality is an essential part of feminism. “If I’m mean or angry, couldn’t you at least try to understand why?” she asks. “Nobody would choose an existence where you are overlooked/beaten/murdered for the colour of your skin, or choose to be disabled or *trans.”

Lewis is one of the feminists alarmed by the way intersectionality is changing the tone of feminist language. Her Storify of Ambreen’s misjudged callout of “racism” attempts to illustrate her point by arguing that intersectionality was the factor that obscured Ambreen’s judgment when she made her original unwarranted accusation of racism.

On April 13, Twitter user staavers noticed that Lewis had republished the Storify, still without any of the additional context, but with a note that since it was originally public, Lewis had decided it should stay up. Many Twitter users were unhappy with the decision, and asked Lewis to take it down. She briefly discussed the issue with Staavers before deleting her own tweets earlier this morning, along with her entire Twitter account.

Perhaps all of this would be little more than Internet drama; but several things make Lewis’s position untenable to many of her detractors—primarily that while Ambreen is a WOC (a woman of color), while Lewis is white, straight, and cisgendered, the top of the feminist food chain in terms of intersectionality. Ambreen accused Lewis of leaving out crucial context and acting with the intent to silence her as a less privileged member of the feminist community:

The published set of tweets look they’re from somebody deranged (and yes, I’ve totally been there) and because of who she is, she can now undermine ANYTHING I have to say about feminism. I made one mistake that didn’t even fucking concern her and she can now use it against me. … Just because you’re having a hard time accepting your immense fucking privileges, how can you then use them to shit on someone far less privileged like me?

Another New Statesman editor reportedly claimed that Lewis’s Twitter deletion was just a temporary hiatus. But as her Tumblr post, in which she roundly criticizes the use of obscure terminology within the community, makes the rounds, Lewis’s followers are horrified that she was “bullied” off Twitter.

Most of them seem to be assuming that criticism over the post, rather than backlash over the Storify, was the main cause. In it, Lewis echoed her previous arguments by calling out specific terminology that the feminist community has developed to malign its own good intentions: “Then last week I was accused of fiat privilege (I eventually worked out that this referred to having lots of cash on hand, rather than something to do with having a small Italian car).”

But while her followers are praising her common sense and commitment to plain speaking about the harsh realities of sexism and the gender divide, others continue to argue that resistance to intersectionality is privilege rearing its ugly head and trying to maintain its proper position further up the sociocultural pyramid. As great-work-begins on Tumblr argues, if you’re not for intersectionality, then you’re maintaining a racist status quo:

Here’s the thing about being a white feminist—we’ve got it way easier than we like to believe we do. Of course we’re often subjected to cruel and offensive insults, misogyny and our opinions being shut down by mansplaining and mockery, nobody is denying that. However, when the mainstream looks at feminism, we’re what they see. … The exclusion of non-white people from the narrative, be it fictional or otherwise, deliberately or accidentally, is something inherently rooted in racism.

On Twitter, Ambreen described the debate as the “same old shit” occurring between advocates for intersectionality and advocates for a narrower definition of feminism. But as the online social justice movement continues to grow, and more and more people call for change, Lewis’ voice may be a welcome voice advocating for calmer, clearer online dialogue—even though, for today at least, that voice has gone offline.

UPDATE: Helen Lewis has returned to Twitter as of Wednesday morning. “I went for a metaphorical walk,” she wrote on Tumblr. “It’s no big deal. If you think that taking a break from Twitter for a couple of days is a ‘flounce’ or evidence that ‘I can’t handle the truth’ or whatever, then may I humbly suggest that you re-appraise your life.”