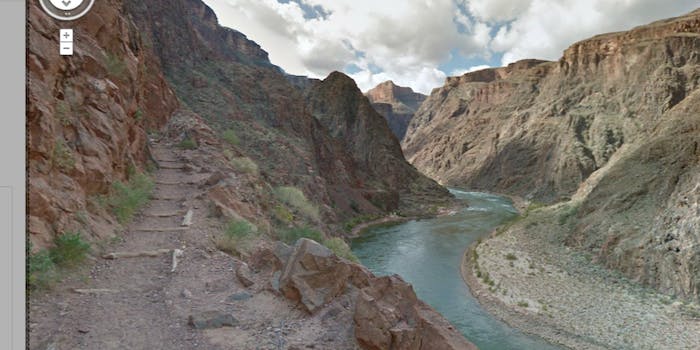 Google Street View takes you into the Grand Canyon

The Web can transport us to places and sources we'd otherwise find difficult or impossible to reach. Google Street View's newest project is nothing if not ambitious.

Google’s Street View program, mapping our shared space with extensive photographic layering, is nothing if not ambitious. When the company hasn’t gone off the rails scraping router addresses and fending off privacy-based lawsuits both private and governmental, it’s mapping and photographing everything from streets to the insides of buildings, including museums, and now … the Grand Canyon. 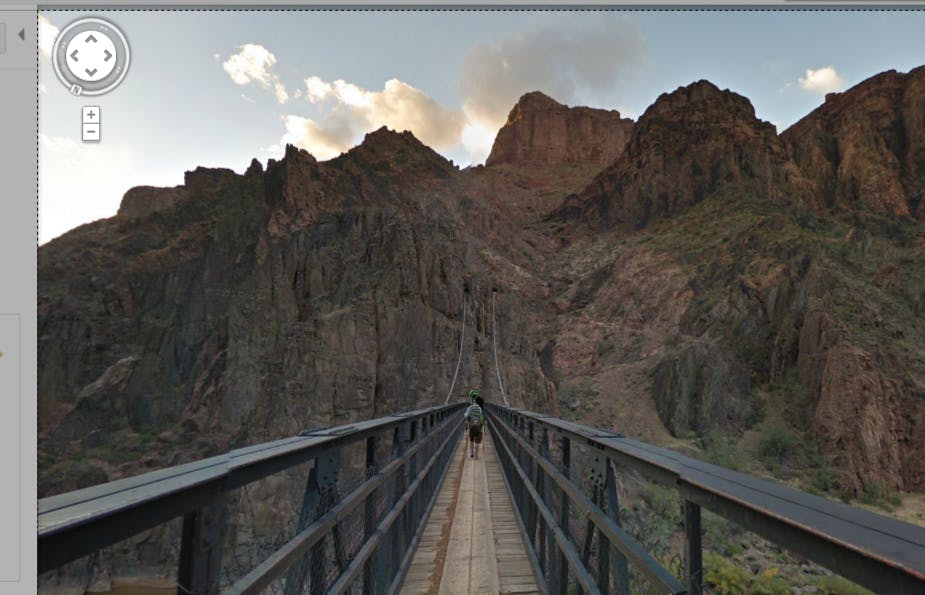 The bridge across the Grand Canyon.

The Web can transport us to places and sources we’d otherwise find difficult or impossible to reach. It can bring rare and precious information to where we are. This project certainly accomplishes that. But how useful is it otherwise?

In the past, however, Google has been sued by a woman who followed its directions out onto a highway to be struck by a car. The possibility of injury is greater in the wilderness—and make no mistake, the Grand Canyon, snack bars and tour bus parking notwithstanding, is the wilderness—especially given how inexperienced most wilderness visitors are, how ridiculous their judgment often is and how unquestioningly they sometimes follow their tech. 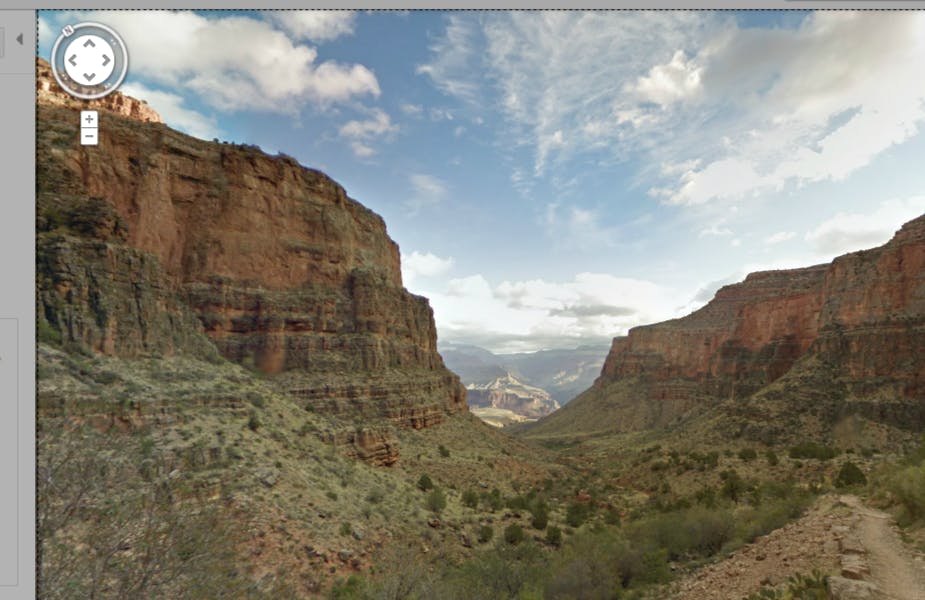 If, however, you just eyeball the awesome, you should be safe enough. And there seems to be enough awesome for the eyeballing.

The Grand Canyon Street View offers 9,500 360-degree panoramas over 75 miles of trails and roads and numerous features. These include Bright Angel and South Kaibab trails, Meteor Crater, the Colorado River, and much more. 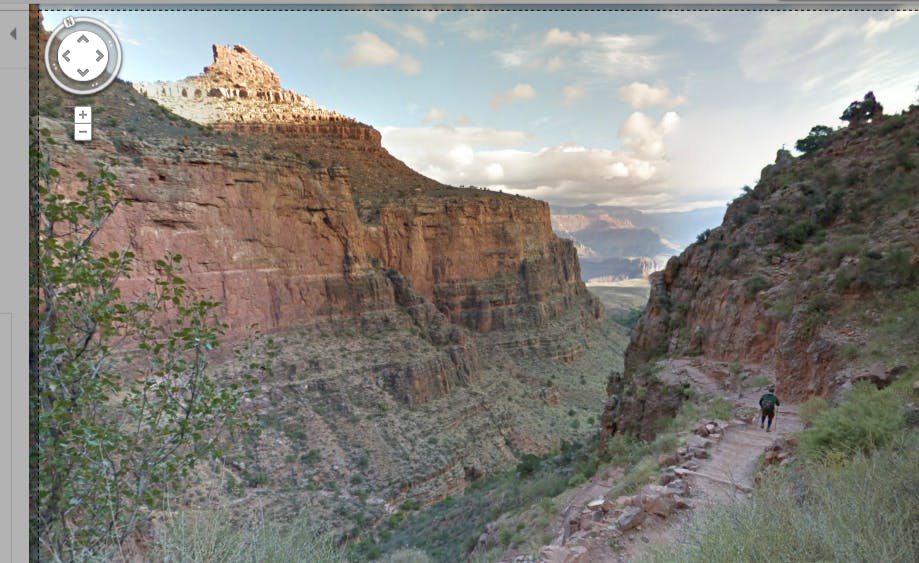 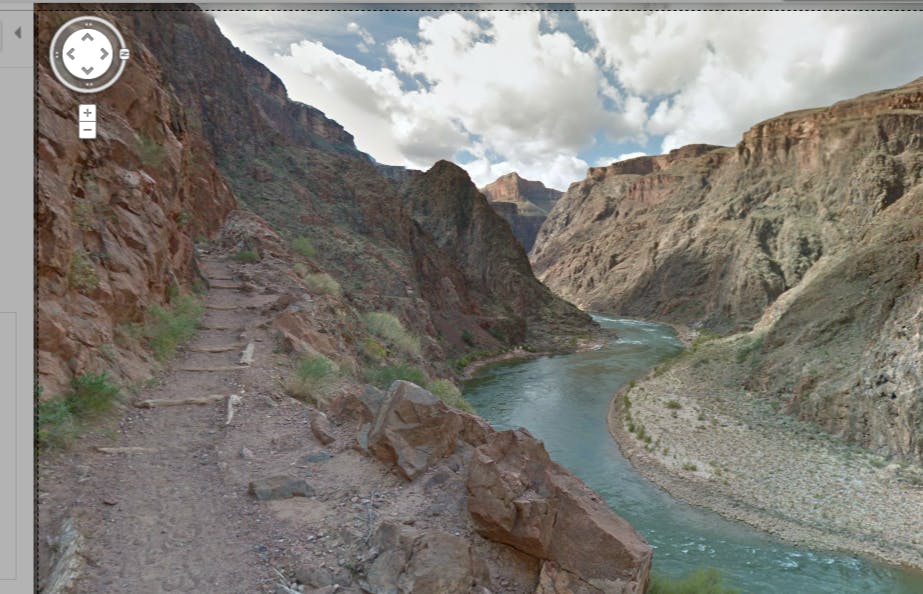 The Canyon was shot with what’s called the Trekker (below), a piece of technology developed to map over rough terrain. It’s an Android-based 15-lens camera system carried by hikers in 40-pound backpacks. 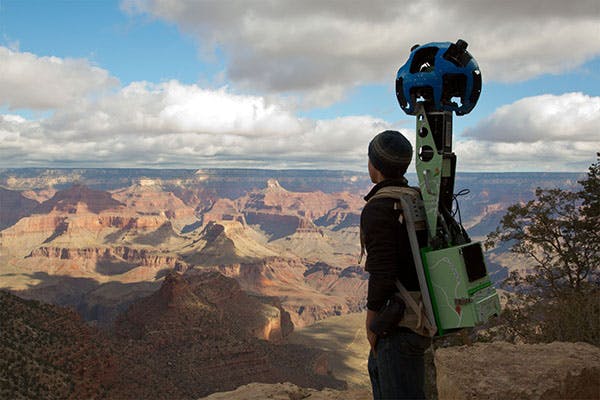 Google Street View has hit Antarctica and the Amazon River. They’ve even dipped a toe in the ocean. But no word on when the Marianas Trench is due to get Street Viewed.