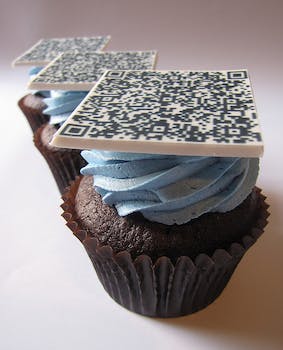 A study found people who use Facebook more often, or use it to engage with their close friends, are more likely to make self-indulgent choices.

It’s a pretty well-known fact that we tend to eat more when we’re out with a group of friends than by ourselves. But the same could be true even if we’re just seeing our friends online.

That’s the assertion from a pair of researchers who’ve found that the more time or emotion we invest into Facebook, the more likely we are to make self-indulgent choices.

In a recent study published in the Journal of Consumer Research, researchers Keith Wilcox and Andrew T. Stephen specifically looked at the dietary and spending choices of people on Facebook. What they found was those who either spent excessive amounts of time on the social network or followed mostly people they were close to in real life tended to have less self-control.

“When people feel good about themselves—which Facebook helps with—you can paradoxically get reduced self-control because people give themselves license to indulge,” said Stephen, an assistant professor of business at the University of Pittsburgh.

Inspired by the unique psychological implications of Facebook as an advertising platform, Stephen and Wilcox devised an experiment to test this idea. In a controlled setting, people were asked to either spend five minutes on Facebook or on CNN’s website. Participants were then offered a snack, their choice of either a cookie or a granola bar. Participants who’d been using Facebook were much more likely to choose the self-indulgent cookie over the healthier granola bar.

The consistency of the experimental results was surprising to researchers, since self-esteem, which was typically raised by Facebook interaction, usually goes hand-in-hand with self-control. But they say the validation from positive interactions on Facebook dramatically increased participants’ desire to treat themselves.

“It was surprising to find that Facebook usage—even just five minutes—can result in reduced self-control in a variety of settings,” Stephen said.

Granola vs. chocolate chip wasn’t the only metric by which the researchers examined this phenomenon.

In a survey, researchers also found that participants with closer ties to Facebook—either in terms of the amount of time spent on the site or in the closeness of the friends they’re actually connected to—were more likely to have a higher body mass index and more credit card debt.

Though this trend was clear across the board, the authors say it’s impossible to prove from this study whether these larger trends are caused by Facebook or merely correlated with its use.

Still, their findings hold interest for advertisers, especially as Facebook stock slowly climbs back to the level of its disastrous IPO from last year. Though they didn’t address advertising implications directly in their report, Stephen says this information could be used by Facebook in deciding what kind of advertisers to court.

“Our results suggest that people on Facebook may find ads for more indulgent products (associated with lower self control) to be more appealing,” he said. “We haven’t tested this, though it is something we are planning to look at in the future.”