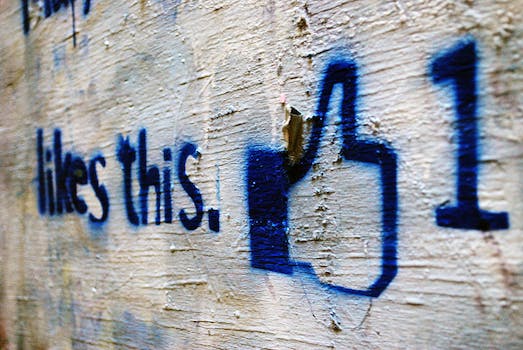 In addition to improving its obviously buggy software, Facebook should give its employees a crash course on how to use Twitter.

A video allegedly showing a young girl being sexually abused by an older man proliferated rapidly across Facebook last night, sparking outrage. It took eight hours for Facebook to delete the clip, by which time it had gathered 32,000 shares and over 5,000 likes.

In a statement, Facebook acknowledged the video’s existence, confirming the dozens of reports from Twitter users, many of whom were furious such a thing had shown up in their newsfeed. 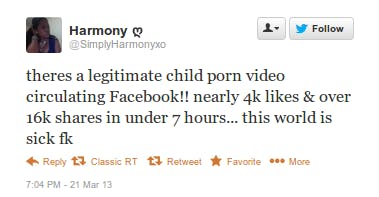 In a misguided attempt to raise awareness, some took screengrabs of the video and posted those to Twitter, too.

Nothing is more important to Facebook than the safety of the people that use our site, and this material has no place on Facebook. We have zero tolerance for child pornography being uploaded onto Facebook and are extremely aggressive in preventing and removing child exploitive content. We are pleased that this material was reported to us quickly enabling its swift removal.

Facebook’s “aggressive” removal strategy depends largely on its supposedly state-of-the-art photo detection software, Microsoft’s PhotDNA. Yet the fact the video spread with such speed over the network indicates the system has some inherent flaws. Perhaps, in addition to improving obviously buggy software, Facebook should give its employees a crash course on how to use Twitter.