A 14-year-old high school student struck a deal with her dad that would require her to completely walk away from the popular social network for five months.

How much money would it take for you to finally kick your Facebook addiction?

For one teenager, that threshold is $200.

Rachel Baier, a 14-year-old high school student from Wellesley, Mass., struck a deal with her dad that would require her to completely walk away from the popular social network for five months. In exchange, her father Paul will pay her $200. If successful, the teenager will receive $50 on April and $150 in June.

To ensure fulfillment of the signed agreement, the elder Baier has access to the high schooler’s Facebook account and can change the password to avoid reactivation. Given that this was the 14-year-old’s idea in the first place, that shouldn’t be a problem.

Paul Baier, a vice president at a Boston-area energy firm, posted a photograph of the signed contract on his blog, which usually focuses on energy technology and sustainability.

“It was her idea,” Baier told the Daily Dot. “She wants to earn money and also finds Facebook a distraction and a waste of time sometimes. She plans to go back on after the 6 months is over” 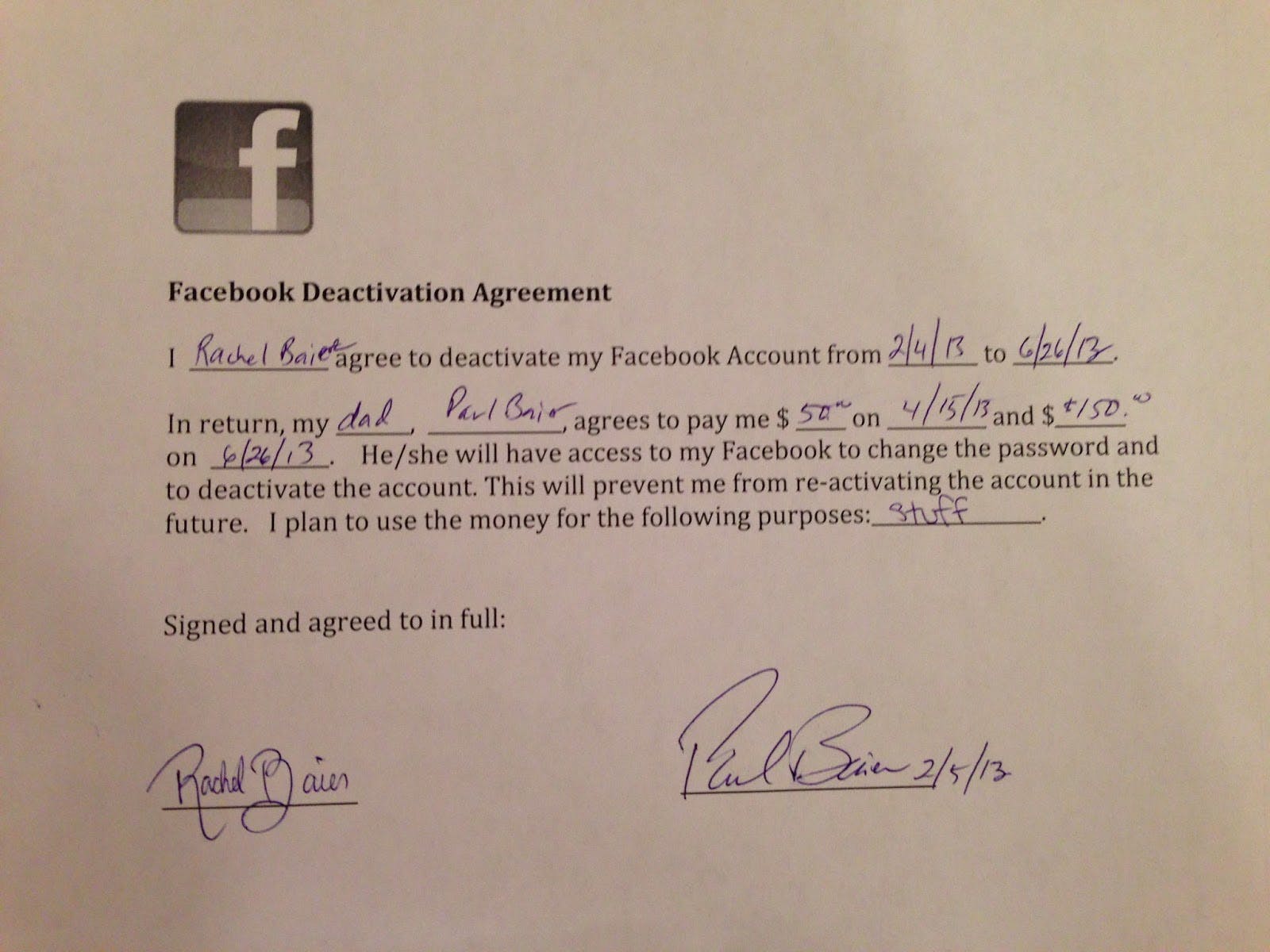 Taking a five-month break from the social network might be beneficial for the teenager. Studies have shown that Facebook can have an adverse effect on people with low self-esteem. They’ve also suggested that the service can make us overly self-indulgent.