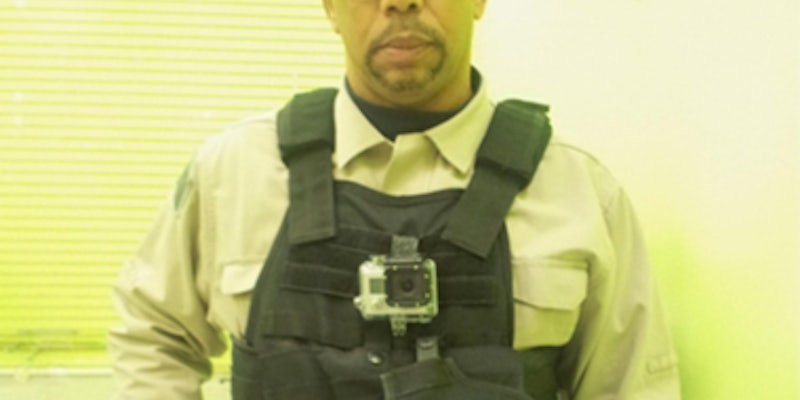 Users of the social news site Reddit have helped raise more than $10,000 in less than 24 hours for an Atlanta shopping mall manager turned Internet hero.

The video shows Long telling two truculent women to back up outside Atlanta’s Metro Mall while a group of young children looked on. After about three minutes worth of yelling at the women to stand down, one decides to attack Long, who was wearing a video camera on his bulletproof vest and had a pistol in his possession. Long was hit on the head repeatedly and was ultimately forced to taser the woman.

“I feel like the taser and the camera are the two most effective tools that I have,” Long told Atlanta news station WSB-TV. “Do what you’re supposed to do or you get what’s coming to you.”

The video was posted Tuesday to Reddit, where Long was praised for his fortitude. Now the community wants to show Long their gratitude by raising money to help “enable him to get better and more gear.”

The Reddit community started a campaign on CrowdTilt, a new crowdfunding platform, Thursday evening and has since collected $10,665 from 349 different contributors.

“He is a nice guy and that area is very dangerous,” noted redditor RyuKenya, who started the CrowdTilt campaign after reaching out to Long. “There is a cop station around the block but people still sell drugs around there. He has to wear kevlar and has his own mugshot book. He was not too proud about tasing the woman and wished it could have been avoided.”

The woman who attacked Long was charged with disorderly conduct, criminal trespassing, contributing to the delinquency of a minor, and simple battery.