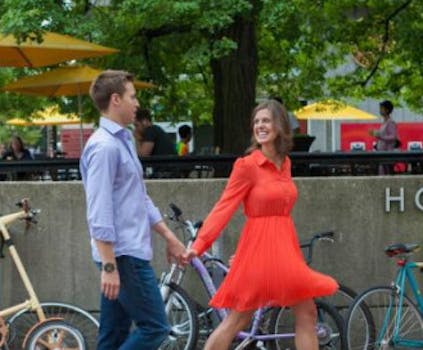 Through websites like GiveForward.com and GoFundMe.com, people from around the world are donating money to support victims.

National tragedies may highlight the worst of humanity, but it also often brings out the best. Since the Boston Marathon bombings Monday, the Internet has rallied to offer help to the individual victims and their families. Thanks to viral crowdfunding campaigns, over $1 million has been raised for victims of the bombings.

Through websites like GiveForward.com and GoFundMe.com, people from around the world are donating money to support victims. Chief executive officer of GoFundMe, Brad Damphousse, told CNNMoney that crowdfunding is a great way to empower people and help them get involved. 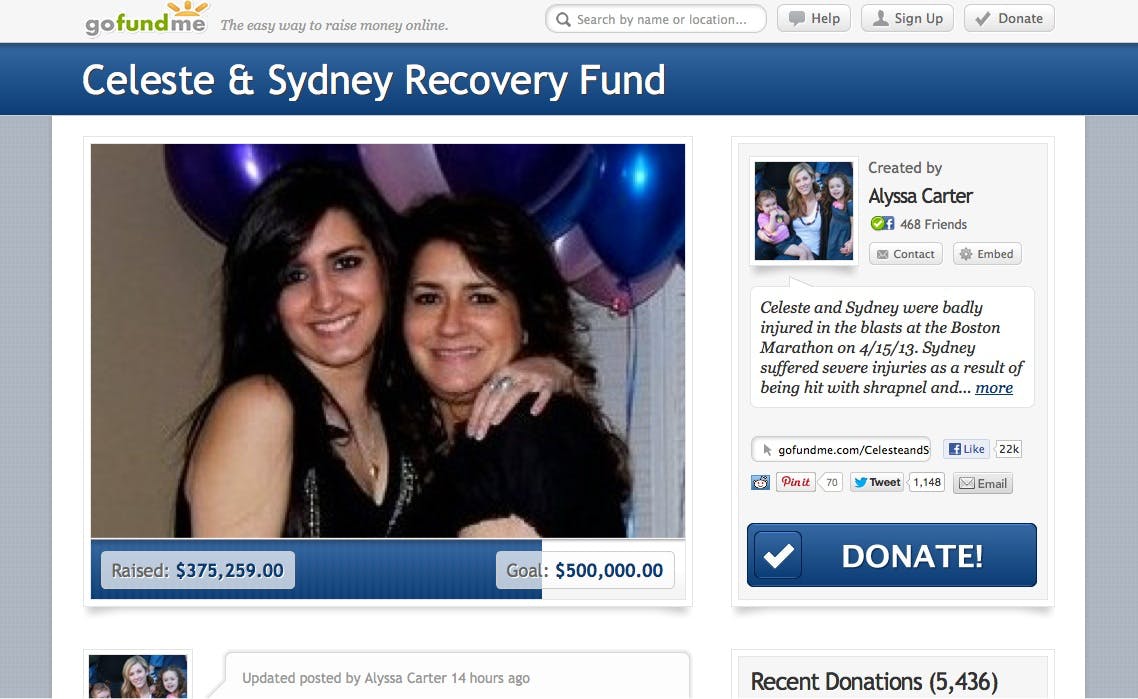 Alyssa Carter started the “Celeste & Sydney Recovery Fund” Tuesday for cousins Celeste and Sydney Corcoran, who were both wounded in the legs by shrapnel from the bomb. Celeste lost both her legs below her knees according to the fund’s page.

“Thank you ALL for your relentless support. You are each making a distinct difference in their lives and we can’t thank you enough,” Carter wrote on the campaign site Thursday. “Sydney told me, ‘Tell everyone I love them!’”

Each campaign supports victims who received severe injuries in the bombing and hope to offset the financial burden of the ensuing medical costs with the money donated. Medical bills are already rolling in for Jeff Bauman according to the “Bucks for Bauman!” campaign on GoFundMe, which has a goal of $300,000 and has raised over $166,000 as of Friday.

The “Ann + Eric Whalley Recovery Fund” has so far raised over $79,000 for the Massachusetts couple who have received “a number of highly specialized surgeries and treatments which may not be covered by insurance or have very high deductibles” according to the campaign site. 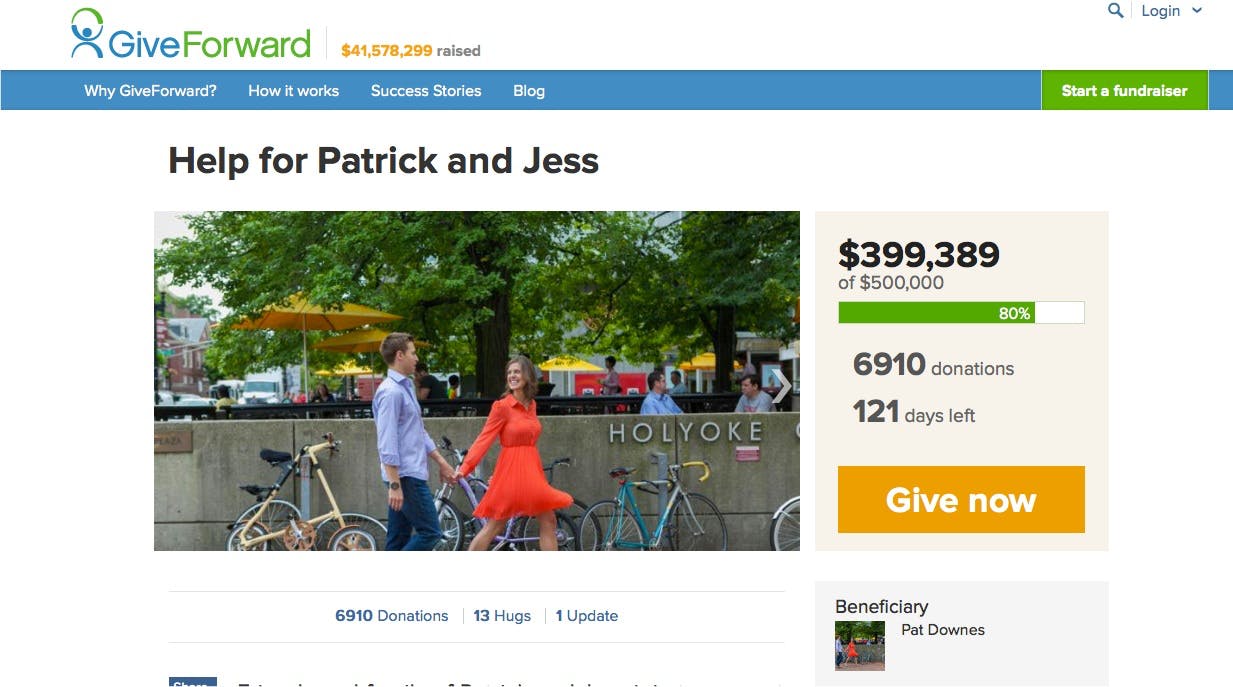 Money raised for the “Help for Patrick and Jess” campaign will cover recovery costs, including prosthetics and home modifications, according to their GiveForward page. In just two days they’ve raised over $412,000.

The comments left by those donating money are also making an impression on the fund starters, reminding us all that there is plenty goodness in the world during these horrible events.

“You are all an inspiration,” Carter wrote Thursday. “The feeling that so many amazing people exist is remarkably comforting and the family cannot thank you enough.”