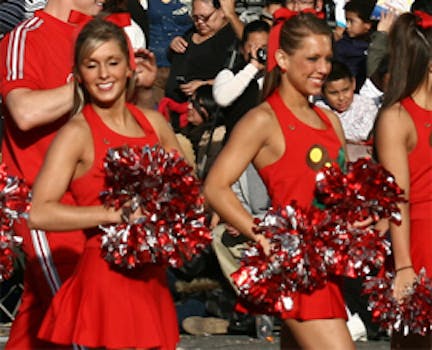 The same poll has been conducted the past two years and no one seemed to care. What's different this year?

Why did Businessweek think it was a good idea to poll its users about which college campuses have the hottest female students?

Easy: It has done it before and no one noticed.

This year, however, coming just after an election season full of heated debate over the “war on women,” Businessweek’s decision to promote their survey with a headline and a tweet asking “Which business school has the most attractive female students?” went over about as well as you’d expect. 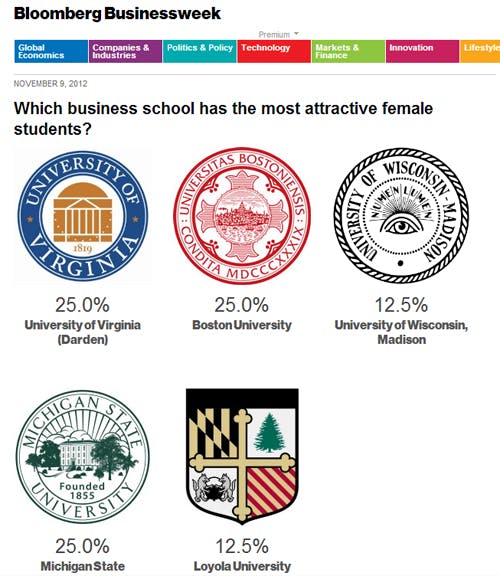 Reaction to the tweet was swift and universally negative, with most reactions either of appalled horror and disbelief or smirking potshots. On the article itself, reaction was even more negative. Reader Rachel Sklar commented (cached link):

Nothing says “We don’t take women in business seriously” like ranking women based on their looks. This demeans every woman who works at your magazine, every woman you’ve ever covered, and pretty much every woman ever. And it is meant to. Know that this is intentional sexism. Whomever was responsible for publishing this knew exactly what kind of message it sent. That it got sent from BUSINESSWEEK makes it all the more stunning. Fix. This. Fast.

Though the backlash was severe, it was slow to build, and Businessweek kept the article up for more than a day before deleting it without any further public comment sometime on Saturday. As for the tweet promoting it, that stayed up over the weekend, deleted only late Sunday night: 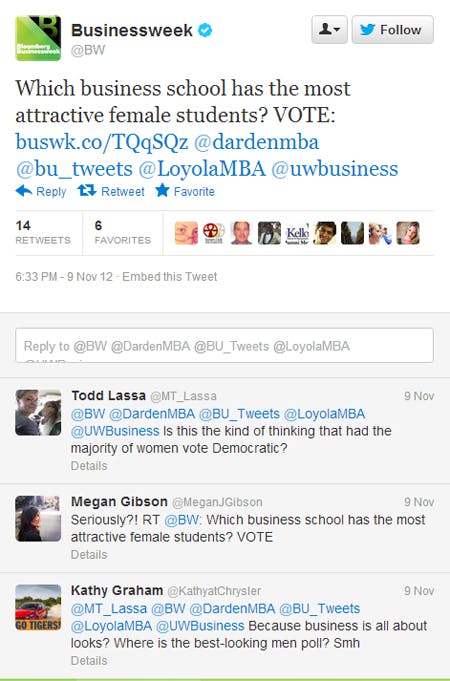 The poll was part of a new Businessweek feature called “Face/Off” that asks readers to vote on various short polls. Introduced just five days ago, the poll has already ground to a halt after the media outlet yanked its latest edition.

What were Businessweek execs thinking when they put up the poll to begin with? Probably that this year would be no different from the other three years they’d published similar rankings of colleges by hotness.

In 2009, Businessweek published an article called “Campus Life: A Report Card.” “It’s important to understand what the universities that house the top business programs are really like,” claimed the article. The next year, they repeated the article, this time with a slide show purporting to list the “Fifty Colleges with the Hottest Guys, Girls, and Nightlife.” And by 2011, they were confident enough to declare it a yearly event.

The lists generated virtually no discussion. In 2010, a Huffington Post syndication of the list garnered comments about the drug scene on certain campuses, but little else. On the Bloomberg Businessweek website, comments were absent altogether.

How did Businessweek get its rankings? According to the 2011 report, “Every year Bloomberg Businessweek partners with College Prowler, which surveys college students throughout the U.S. and uses those surveys to grade each school on everything from academics to nightlife to off-campus housing.”

College Prowler does provide information on academics, scholarships, and other collegiate issues; but it also lets students rank colleges by factors like “hot girls.”

Basically, what RateMyProfessor is to teachers, College Prowler is to listees of future Missing Person reports. Here’s how the site measures attractiveness of students:

Girls and Guys grades are both determined by student’s ratings of their peers based on the following characteristics: attractiveness, athleticism, creativity, friendliness, fun, geeky, hardworking, into partying, outgoing, smart, and stuck-up. 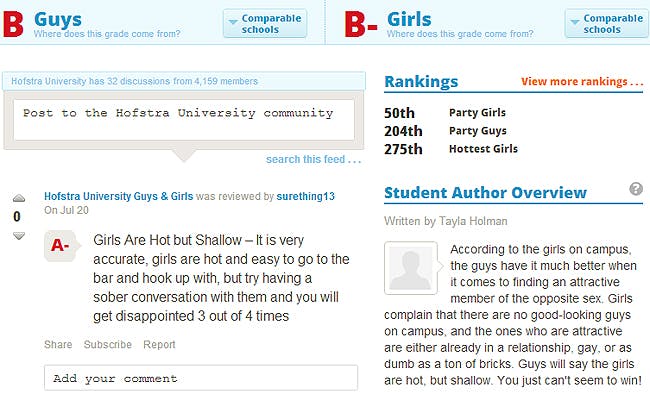 Though College Prowler definitely lives up to its name, it does offer equal opportunity creeping: Both guys and girls are up for scrutiny and statistical ranking. Though this poll was not actually affiliated with BW’s annual collaboration with the Prowler, tweets and comments suggest that it probably would have also had a “hot guys” component if it had survived that long. It’s likely that had Businessweek not chosen to make this poll specifically about hot women, the ranking would have continued to fly under the radar even though the “college life” angle has always been a disingenuous one.

“Businessweek, ranking the hotness of female students,” deadpanned Twitter user Millicent Somer. “Be sure to take them seriously in future.”

At press time, the website had issued neither an apology for the original poll nor an explanation for the retraction. Perhaps they’ve realized that while ranking a college may take more than a user-generated poll, ranking a news outlet may take only one tweet.

UPDATE: The Daily Dot has received the following statement from Businessweek:

We regret issuing two online polls last week that asked our readers to comment on which business schools had the most attractive male and female students. The Face/Off polls have been taken down from businessweek.com. They were in poor taste and undermine the tremendous value our Business Schools vertical provides.