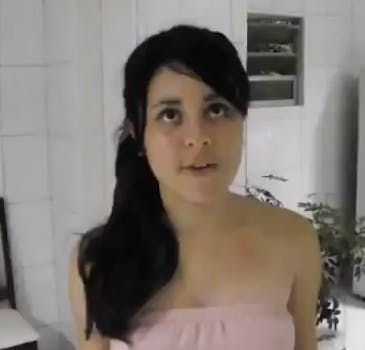 An 18-year-old girl is offering her virginity to the highest bidder to raise money for her mother, who recently had a stroke.

Stop me if you’ve heard this one before: A woman in Brazil has taken to YouTube to announce that she’s put her virginity up for auction.

This time, however, the woman is 18 years old, and she’s doing the deed for somewhat of a good cause. The Sapeaçu native told CNN that she’s auctioning off her virginity in an effort to raise money for her struggling mother, who recently suffered a stroke.

Rebecca Bernardo is the lady who’s taken to YouTube to do the deed. Speaking with CNN last week, the 18-year-old said that she tried other methods of employment but could not raise the money necessary to get her bed-ridden mother proper care.

More than one month into the campaign, Bernardo reports that the highest bidder has offered up $35,000 for the opportunity to handle her deflowering. Such a figure pales in comparison to the hefty prize money brought in by fellow Brazilian virgin Catarina Migilorini, who used an online auction to raise $780,000 in October.

Bernardo has listed Migilorini as an inspiration for her auction, saying that “There comes a time when you have to make decisions to get what you want. You have to be strong.”

Her mother, however, is not so much a fan of the auction. From her bed, she told CNN that her daughter should “look for work.”

“She shouldn’t prostitute herself,” she added.