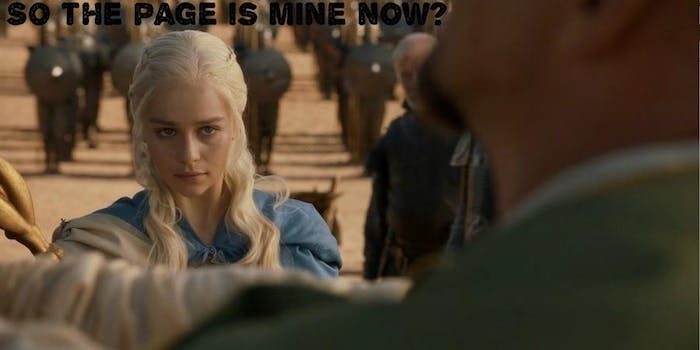 6 feminists took over a misogynist Facebook page from the inside

Bra Busters was a popular Facebook desitination for racy photos of women. Now it's devoted to feminism.

“This is the story of a feminist takeover,” wrote the author of Feminist at Sea, a Wordpress blog.

A group of six feminists got hold of a notoriously misogynistic Facebook page called Bra Busters and replaced all the titillating, sexist content with feminist memes and quotes by authors like Andrea Dworkin and Virginia Woolf. There was mass outrage from Bra Busters’ original members—and mass victory celebration by feminists. Facebook moderators got involved, but the page contentiously remains in the hands of the feminists.

How did this happen? Fairly easily, actually. 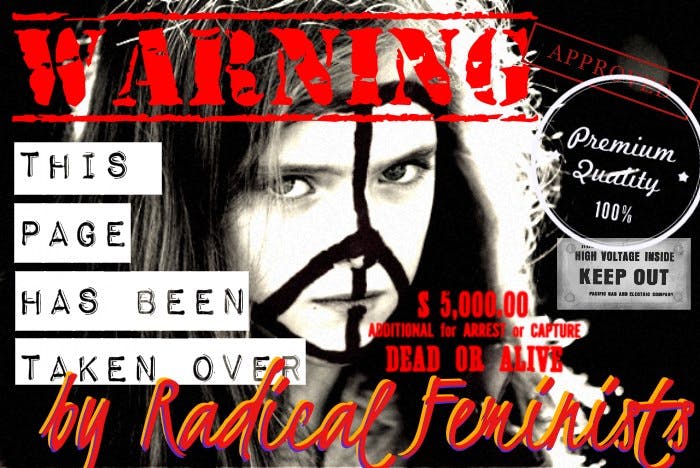 Bra Busters’ administrator wanted new content for his pornographic page. A typical BB post might have included a paparazzi photo of actress Emma Watson buying underwear and then a scroll of comments discussing what her breasts look like. The original page was peppered with the words “bitch,” “slut,” and “whore.” He emailed a friend of Feminist at Sea, a woman he did not know but said he had “seen around,” to ask if she had any ideas to spice up the page. He told her it was an “objectification” page and that he was looking for posts that would make the members “think.”

“I thought it was a trap. I do not know what his full motives were in the end,” she wrote. He made her an admin on the page.

Her first act? Removing his control and giving Bra Busters to her feminist pals.

The six women running Bra Busters, who agreed to talk to the Daily Dot collectively and anonymously via Facebook message, were concerned for their safety, they said, because they’d been receiving backlash and angry threats from men’s rights activists. They were worried the MRAs would publicly post their addresses or emails if they revealed their identities.

The Bra Busters page now has just over 3,000 subscribers. One admin spent an hour removing all the old content, including memes about women being “bitches” and “sluts,” upskirt shots, creepy close-ups of bras and underwear, and a photo of Jennifer Lawrence’s nip slip. (“She looked very unhappy and the guys on this page were laughing and joking about it,” wrote one moderator.)

About a thousand members have so far “unliked” the new Bra Busters and complained loudly about the change in management, with such eloquent phrases as, “fack (sic) you bra busters new editor bitch!! … go scissor your buth biker slut girlfriend.” The original male moderator seems to have disappeared.

Feminist at Sea, a radical feminist who is one of the six new moderators, wrote on her blog: “Not only was the objectification of the women posted, who seemed often not even aware they were being fotographed (sic), obvious, but there was also evidence of extreme hatred for these women as well. The men loved to look at the pictures, but there was neither respect nor admiration for any of these women.”

The women then upped the ante. “The comments men were leaving,” they wrote. “It was grotesque.” 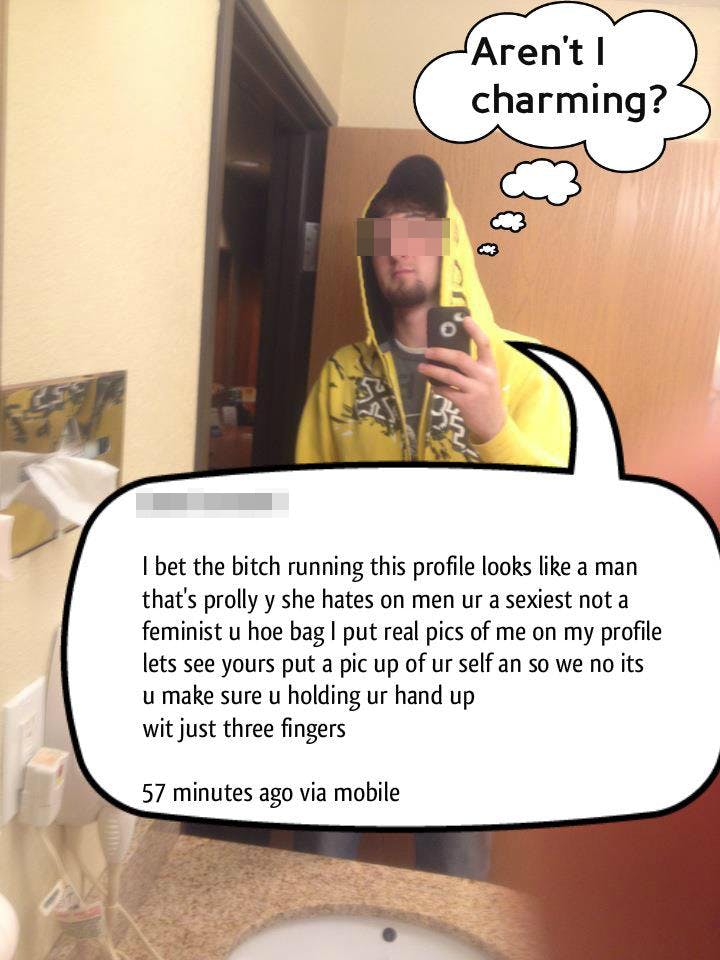 They decided to make these men accountable for their words and to shame them the way they’d shamed the women in the photos. They took the more vocal male members’ Facebook profile photos and captioned them with their vulgar comments. The new Bra Busters admins said the resulting “Whiney Dudes” meme has been one of the most popular features of the new page.

On May 3, Feminist at Sea reported on her Twitter that she’d been locked out of Facebook for 24 hours for “posting pornography.” What she’d posted were the “Whiney Dudes” image macros. Someone had complained and Facebook took swift action. In a hypocritical twist, the men claimed their photos are being critiqued against their will. They reported the action to Facebook, which banned the admins from posting them, but the women have kept them up on a Blogspot site also called Whiney Dudes. The feminists were floored. Their initial complaints about the sexist Bra Busters page had gone unanswered, so why were they being banned for retaliating?

“We have been reporting pornographic pages and pages that advocate violence against women, but they hardly ever get taken down,” they wrote. “Facebook’s moderation is strange.”

Articles constantly crop up about controversies arising from Facebook moderators’ decisions to remove certain posts and to allow others. Photos of a woman breastfeeding and a new mother’s placenta, for instance, have been taken down. But a graphic video of a woman being decapitated was left alone for months, though Facebook is now reevaluating its policies on such videos.

I wrote to Facebook’s press department: “I was wondering if the Feminist at Sea women were right in their claims that Facebook did nothing to shut down Bra Busters, but was helping the men by taking down the photos the women posted of them on Whiney Dudes? Are you monitoring the situation and what is your policy on pornographic FB pages or pages that objectify women?”

Fred Wolens of Facebook Policy Communications said the social network has no record of the site whineydudes.blogspot.com being blocked from being linked on Facebook. “There’s no current block on posting the site,” he said. He expressed confusion about my question and directed me to Facebook’s community standards page, which says that pornography is illegal on Facebook.

Thank you so much for responding, I wrote. “I am confused a bit as to why a site like Bra Busters wouldn’t be taken down, after numerous complaints? What is Facebook’s policy on offensive pages?”

“I can investigate further,” he wrote. Wolens has not written back since. 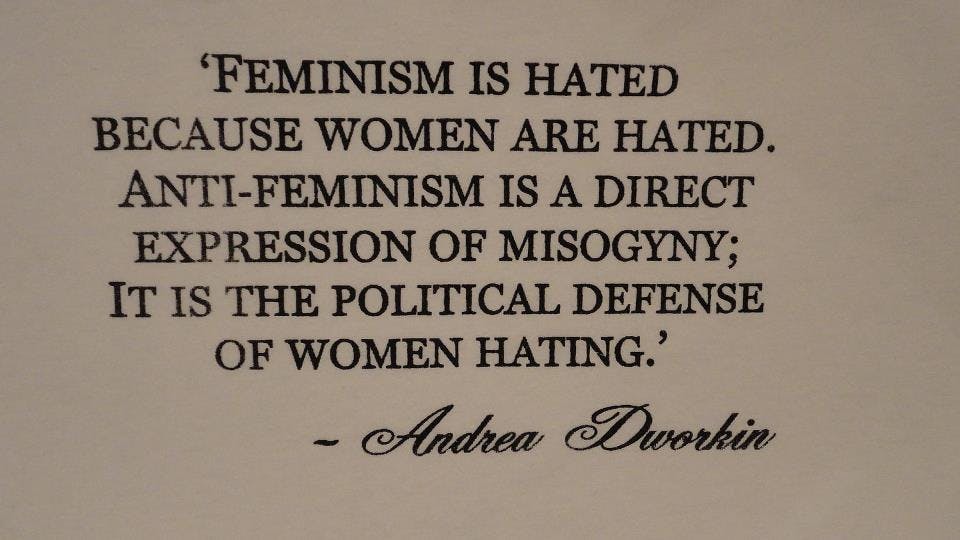 “Some people chide us for ‘not being nice enough’  and that we should focus on education of and dialogue with these guys instead of ridiculing them,” they wrote. “I really don’t want to engage with yet another man trying to tell feminists how to ‘do feminism right.'”

There’s also been a flurry of “you go, girls!” from new feminist fans flocking to the site because they find the men’s outrage funny and say it’s inspiring them to take action against sexism. The women feel they’ve opened the site to very interesting discussions on gender and sexism, which are now going on in the comments—replacing the sexist displays via revolt and action.

“When I was fairly new to feminism I was at times also shocked with how direct some of the feminists I encountered could be. I too had been taught from childhood to choose my words carefully and to not piss people off,” they wrote. “I have learned that for many men empowering women is all fine and dandy as long as you, as a woman, give them the opportunity to ignore you. This is where the ‘be nice’ indoctrination factors in. … If you are more direct in your communications you quickly get labelled ‘a bitch,’ but they don’t ignore you.”

They added, “Sometimes you need to shout from the rooftops to be heard.”