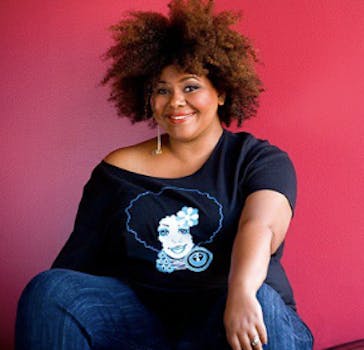 Despite all the statistics about Pinterest, no one seems to be talking about the image-sharing network's racial demographics. Until now.

There’s no shortage of metrics showing Pinterest’s makeup by gender. But what about race?

So far, no one has tackled the racial demographics of the booming image-sharing network. The latest charts tell us Pinterest’s age and gender breakdown but not much else about users.

To get some answers, the Daily Dot reached out to Mike Street, a Harlem-based social media marketing strategist and Pinterest enthusiast, who is also African American.

“No one has touched on this yet,” Street confirmed. “But I looked at the top 1,000 profiles based on the metrics from Zoomsphere. And I only found a handful of identifiable African Americans.”

Street first caught our attention after he created a list of the top 10 African Americans to follow on Pinterest, something we hadn’t seen anywhere else. However, aside from being black and female, these “pinfluencers” appear to have very little in common.

“I selected these pinners because they each have their own unique POV on life and they are telling their stories, loves, and experiences through the usage of Pinterest,” he said. “And just like the African-American community no two pinners are alike.”

Street said there are a few interesting topics that keep showing up in the black community’s pinboards, like natural haircare, black fashion designers and models, black historical figures, and recipes. Street himself has a board dedicated to Awesome Black Women.

Still, change a few adjectives and that’s pretty much par for the course on Pinterest. The top pinner on Street’s list, Patrice Yursik, thinks this may be because the African-American community—much like the rest of Pinterest—is still figuring out the social network’s culture.

“There’s definitely a growing African American community on Pinterest—right now I’d say we’re still in the early adopter stage, where there’s a lot of buzz and interest but that’s coupled with the question of ‘what exactly is Pinterest and why do I need to be a part of it?’ Right now my most social media savvy, fashionable, and influential friends in the black blogosphere are addicted to Pinterest and with our interest, repins, tweets and Facebook posts, more and more people are joining us every day.”

But we’re still a long ways away from understanding how the social network breaks down multiculturally. (Pinterest did not respond to a request for comment.)

“I know within my circle there are a lot of African-Americans joining Pinterest and sharing their experiences, likes, and loves on the platform,” Street said. “So we can’t fully determine yet if the African-American community has a strong affinity to Pinterest until we have more data.”