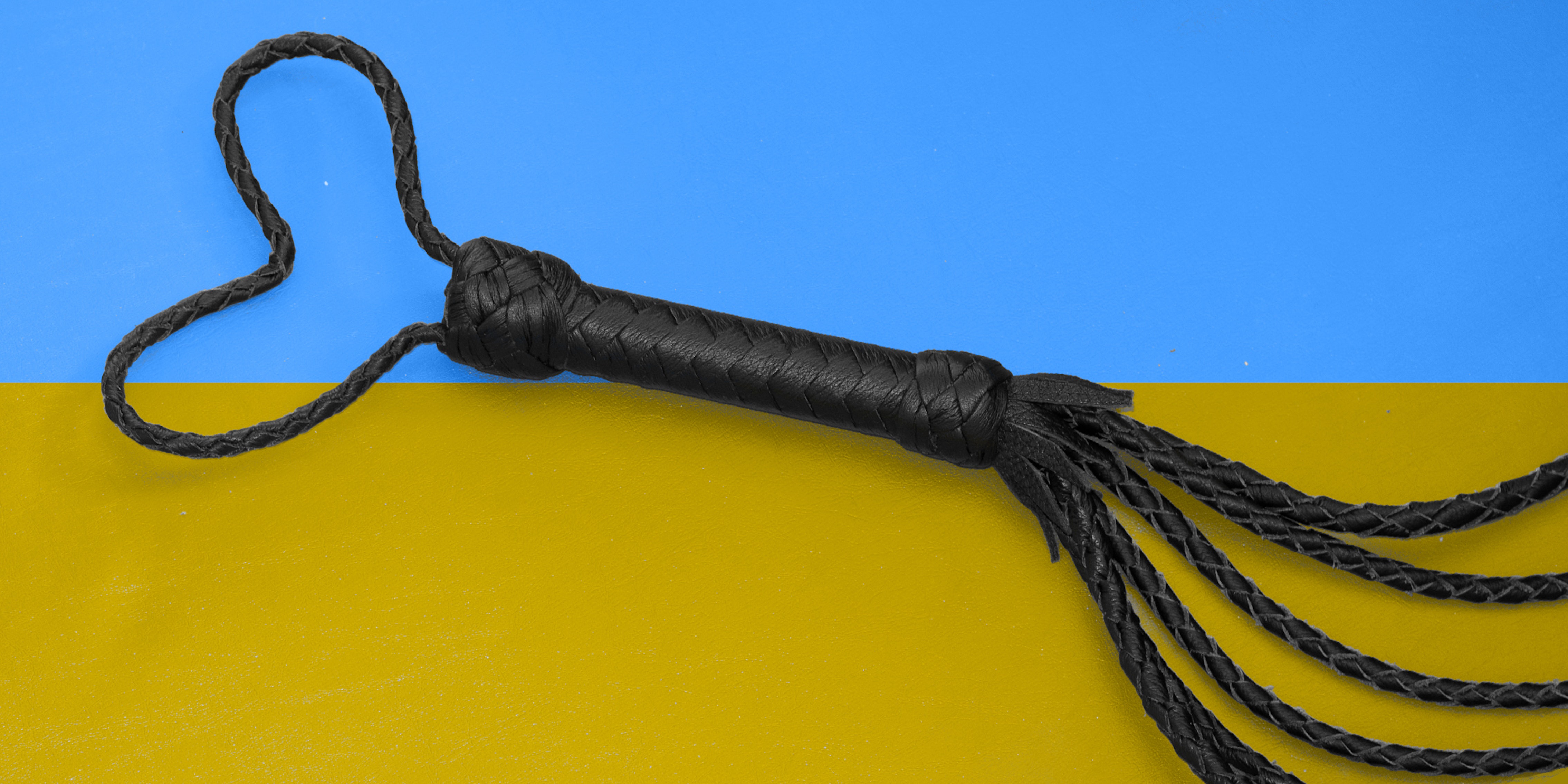 Felicia Vina shares her experience fleeing the war as a refugee sex worker.

War is the most terrible, frightening, and disgusting thing that ever happened to me. When Russian forces started bombing Ukraine on Feb. 24, I woke up in the morning, as if it was a normal day. Upon seeing what was happening to my nation, I could not believe the news. I was in near denial that it was even true. It was horrifying.

I remember visiting my parents’ house, near Irpin, the next day. All night, I stayed awake, listening to the bombs exploding nearby. That’s when I decided it was necessary to evacuate. Unfortunately, my parents did not support my decision and stayed in their home.

In their quest to reach safety, people were going wild, pushing each other so hard that I thought they might accidentally fall under the train. Police were shooting guns in the air to chase the men away so only women and children could board the train. There were 15 people with me in a four-person compartment. The reality of war.

The train left Kyiv and returned several times as the ongoing war limited our movement. Bombs were falling, it was not safe to go on, but it also wasn’t safe to stay. It was like a dream.

I’m not sure that while I was still in Ukraine, I felt fear. I felt it three days later when I finally managed to cross the border into Romania. Not for myself per se, but for my family and my country.

A week after the evacuation, even in a safe place, my first thought when I woke up was that I was still in Kyiv. I feared a bomb could come falling from the sky at any moment before realizing I was safe.

During the evacuation, I spent time across five countries and ended up returning home to Kyiv nearly three months later. It is unbearably hard for me to remember that time. It was then that the Russian soldiers came to my father’s home. My mother had already been evacuated at that time. I couldn’t contact him for over a week.

I did not know what to think during this blackout period. His last message was that the Russians had come to our home. It was impossible to lead an everyday life when the only thing I wanted was for him to be alive.

As soon as it was safer in Kyiv, once the Russians had withdrawn, I immediately rushed to return home. It’s impossible to describe what it was like to see my father and friends again, all those who had decided to stay in Kyiv. For the first few days, it felt like bliss to be in my hometown. When I left it in February, I was sure I would never be able to go home again.

My hometown had changed during the war, though. It was new and different for me, and the people had also changed. People in Kyiv seemed to be used to the war and didn’t even pay attention to the air-raid sirens.