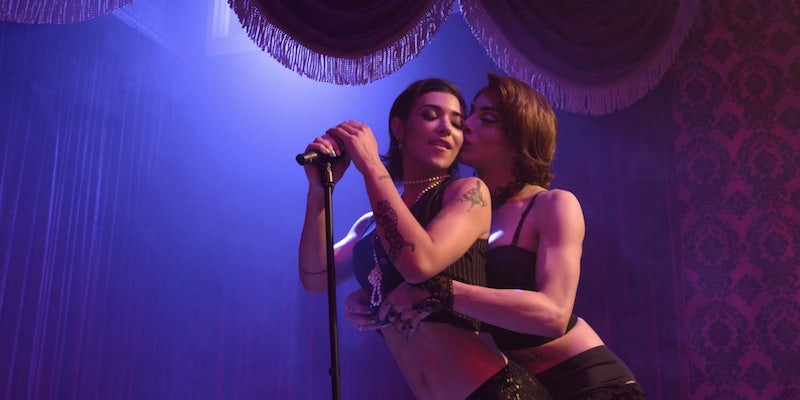 Here’s everything you need to know, from cost to features to why Transfixed is probably worth your money.

The basic streaming-only membership is $14.95 for the first month and $19.95 a month after that. However, if you sign up for a year, you get streaming access and the ability to download scenes.

What should I know about Adult Time?

There are now 48 translesbian scenes on the channel, with new videos posted nearly every week, so the site is trying to bring more accurate representations of trans sex and sexuality to users on the regular.

2) Strives to create a trans-inclusive space

We love that this studio works to tell the stories of trans performers on their terms, particularly with its new Being Trans 24/7 docuseries. In each episode, a trans person opens up to share their deeply personal experiences, perspectives, and struggles, hoping to create a more compassionate space for everyone.

So often, people fetishize a part of a trans woman’s body that they want to get rid of or may not be comfortable with. Thankfully, Transfixed is not focused on erect penises. Instead, it portrays performers as people—not sexual objects—period.

5) Interactive Toys feature for some films

Adult Time offers an Interactive Toys feature, where specific scenes are compatible with a handful of sex toys. Right now, there are five videos on the Transfixed channel that are scripted to support The Handy (Wi-Fi) and all Kiiroo and Svakom toys using FeelConnect App (Bluetooth), such as the Keon, the Onyx+, the Hot Octopuss Pulse, the Titan, the Svakom Sam Neo, and the Svakom Alex Neo. Learn how to connect to interactive content here.

What are the cons of Transfixed?

2) Would love to see even greater gender diversity

Yes, I know that the premise of Transfixed is to promote trans women with other cis and trans women. That said, I’d love to see more non-binary gender presentations. And trans masculine people, always.

Transfixed review: Is it worth checking out?

Besides, it boasts some of the world’s most gorgeous cis and trans women in beautifully written narratives, which in my porn-loving heart, is a total win-win.

Ryn Pfeuffer is a queer sex and relationships writer, and over the past two decades, her work has appeared in more than 100 media outlets including Marie Claire, Men's Health, Playboy, The Globe and Mail, The Washington Post, and WIRED. Ryn is also the author of 101 Ways to Rock Online Dating (2019). She lives in Seattle with her partner and rescue dog, Mimi.