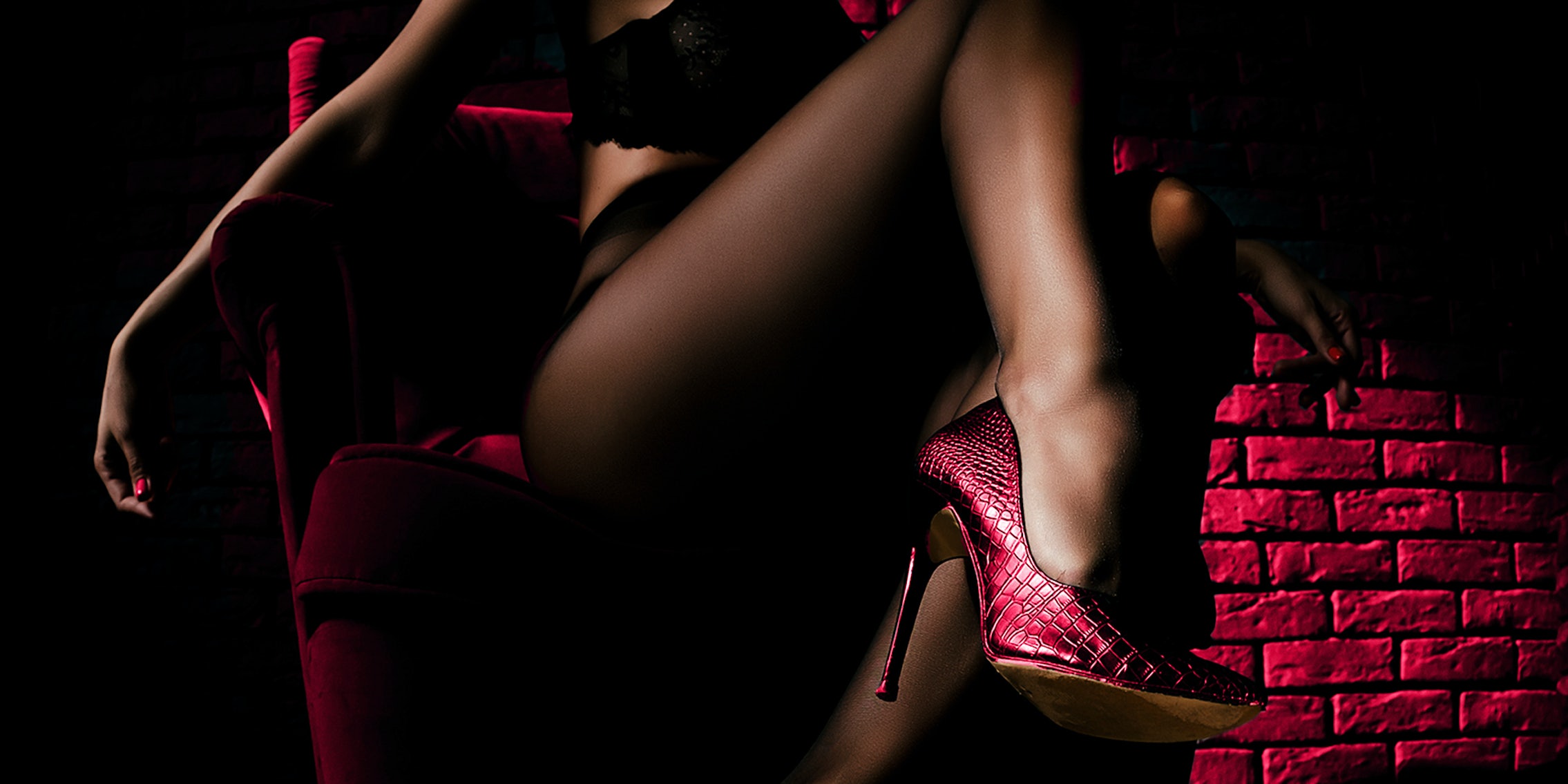 After years of stripping, I felt burnt out from sex work. Kink reignited my flame

I was burnt out, my confidence was gone, and so I did what any stripper would do.

It’s November of 2018, and I’m asleep underneath the counter in the strip club dressing room.

It’s become a routine for me by this point—I show up, I pay to work, I put on my heels and the thong that splits me in half, and I lose all ability to make an effort beyond that point. I’ve long since figured out that if I sleep on my duffel bag and lay a blanket over myself, I can’t be seen on the security camera and a manager won’t wake me up by spraying me with a water bottle to force me to go and talk to customers.

At the end of the night, I’ll leave just breaking even or maybe in the negative, I’ll go home and lick my wounds, and tomorrow I’ll be back to repeat the pattern.

When I began stripping, I was full of untouchable new-girl confidence. I proudly wore the trashiest outfits that Forever 21 had to offer, I posted selfies with the hashtag “#yesastripper” and flaunted wads of $1 bills. I was on top of the world. I was sure that I would want to do this job forever and that nothing could stop me. It took the “new girl” appeal wearing off, an unsuccessful move to another state, a messy breakup and coming back to Oklahoma with my tail between my legs to show me that even I could fail.

Rather than picking myself up and learning from my failures, I only continued to hit the wall. I lost my confidence. I lost my hustle. I watched my average nightly earnings freefall; until most nights I was barely leaving with enough to pay the house fee the following day. I became incapable of speaking to customers. I cried for hours in the dressing room. Before long, I began to stop showing up altogether.

I was burnt out, my confidence was gone, and so I did what any stripper would do. I watched videos about the law of attraction. I bought green candles. I performed money-attracting spells. I blamed mercury retrograde. I recited money mantras. Surely, the problem was just that I needed to get that initial magic back. If I could do that, I would be on top of the world again. It wasn’t until the burnout devolved into full-blown panic attacks that it began to sink in that maybe manifestation wasn’t going to fix this, and that I was dealing with a far bigger problem. There was a fundamental mismatch between myself and stripping that I hadn’t noticed while the money was still good. But now, with nothing to hide it, that mismatch was becoming insurmountable.

I threw myself into kink education, researched the history and sociopolitical origins of kinks, immersed myself entirely, and discovered my own kinks. I felt like I had finally found my ambition, my passion, and my purpose, but there was a problem. Living in Oklahoma, where there is a small to nonexistent clientele base for professional dommes, meant that my options were continuing to strip or risking a pay cut in moving to online content. I begrudgingly returned to the strip club, and the result was the same, if not worse.

By this point, I’d built an identity based on being a stripper. It was what people knew me as, and the entire basis of my online following. Who would I be if I couldn’t be a stripper? Asking friends for advice got me the same response each time, “You got this, babe! You’re a badass hustler!” I was not. I was exhausted, at my wit’s end, and usually spending my nights crying into a bowl of pasta instead of working. Finally, after four consecutive years of burnout, I reached my limit. It was time to change, come what may.

I’m not an overnight success story. I am still establishing myself and building my brand and identity as a domme, but I’m doing so with a freedom and control that I never felt as a stripper. I finally feel aligned with my passion, and I’m unfazed by the pitfalls that would have torn me down four years ago. My burnout was a sign that I needed to move on. For all the awkwardness of changing paths and doing so publicly, the vulnerability in admitting that I’m still learning, it’s incomparably better than crying myself to sleep under the dressing room counter.

Jude Roth-Hausen is a sex worker, writer, and meme page admin. She can be found on instagram @sequinmicrobikini.