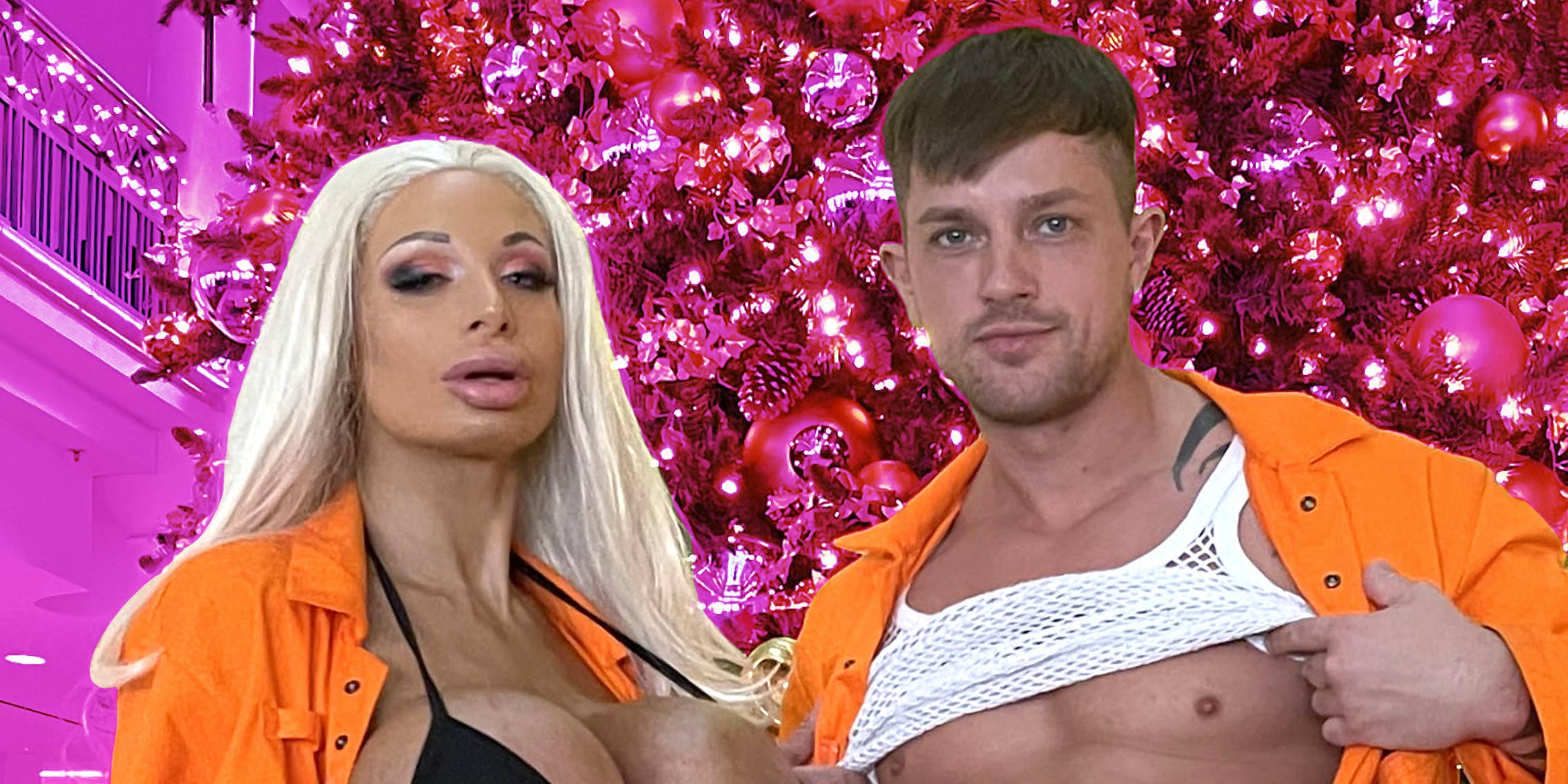 'We love what we do, and we are genuine.'

Anderson responds by serenading him: “Will you still love me without cock,” she sings to the tune of Will You Still Love Me Tomorrow, staring deeply into his eyes and holding his face. She turns to look at me through her phone camera, smoky shadowed lids framing her wide eyes, and lets out a uniquely Sophie Anderson laugh – sort of like a goose honking but more endearing. The romantic moment has passed.

Like any conventional couple after a long day at the office, the Fucking Explorers are happy to cuddle up and watch You on Netflix. However, extreme sex is still their leading passion. A Thursday night is, therefore, more likely to consist of “messy play” or a trip to a swingers club. “Missionary” doesn’t tend to enter their vocabularies.

“We are so genuine… It’s not just work,” Oliver says. He notes a real connection is their USP (unique selling point) in the saturated sex industry and their adoration for one another comes across throughout our chat.

“I never thought my soulmate was gonna be Sophie Anderson,” Oliver says to his grinning partner. “I can never be without Sophie now. She’s like my missing piece.” Anderson gazes at him, eyes brimming with love. She tilts her head slightly and leans in for a slow kiss while I awkwardly watch their intimate moment.

The pair met and there were immediate sparks. They shot their scene and then went their separate ways for the evening. But like a Jane Austin novel, the couple were left longing for one another.

“Sophie’s friend was cuddling up to me and I was like, ‘I want to be upstairs with [Sophie],’” Oliver says.

“And I was hoping he would come up,” Anderson finishes.

The next morning the pair said their goodbyes, missing their chance to make the next move, with Anderson traveling back to Bristol, and Oliver to London. But the anticipation was shortly broken in a “Rachel gets off the plane” moment when Anderson texted Oliver.

“My cock went straight like that,” Oliver says, proceeding to hold his arm rigid and ball his hand into a fist while Anderson giggles away. Perhaps not the love story you’d tell your parents, but a love story for the modern age. He continues: “They say there’s that one person out there—your soulmate. We know what we’ve got.”

In a matter of months, Twitter was awash with memes of the “Cock Destroyers” spouting unforgettable catchphrases and parading in iconic costumes (who knew Daphne and Velma could have so much sex appeal?!).

But all good things must come to an end.

Twitter first got wind of the break up of the Cock Destroyers one fateful day in May 2021 when More tweeted that she had received a “[vicious] email from someone who I thought was a friend,” followed shortly by: “Block and delete. Move on.”

Fans noticed that the pair had unfollowed one another and theorized that More was tweeting about Anderson. Later that day, Anderson announced in a tweet that, “Rebecca & I are parting ways”.

The Cock Destoyers had officially hung up their strap-ons and gone their separate ways.

“I wasn’t totally free, then,” Anderson says, “Myself and Rebecca, we were a business… I felt I was restricted… I feel free now. I feel totally free. What myself and Damian now have is very special.”

“We love what we do, and we are genuine,” Oliver says. “People are warming to me now because I think they can tell now that I’m genuine. I’m not this guy that’s controlling Sophie or broke up the Cock Destroyers. I’m here and we love each other.”

But it wasn’t a clean break for the Cock Destroyers. Oliver says: “Rebecca tried to make me out to this bad person online… [And then] Everyone’s saying ‘He’s an abuser. He’s this. He’s a kidnapper.’”

Pleaser has reached out to Rebecca More for comment.

In a previous interview, Anderson revealed that she loves the extreme look and has had lip fillers, Botox, breast implants, and nose jobs.

While strong in her beliefs, comments and negativity is something that has affected Anderson throughout her perpetually online career and continues to get to her now. She says in the past, “I didn’t think that I was beautiful enough. I didn’t think I was sexy enough.” She says the negative comments she received about her body, “nearly totally destroyed [her]”.

Earlier this year, one of Anderson’s 32KKK breast implants had to be removed after repeatedly suffering from sepsis. She went months with one significantly smaller breast. This was a particularly difficult time for her only made worse by negative comments on social media. Oliver says people were, “making fun of Sophie like, ‘Sophie’s boob has left the chat’,” but people don’t see behind the scenes, “[she’s] crying [her] eyes out.”

As he speaks, Oliver’s hand sits on Anderson’s thigh. He continues: “I’m still here by your side saying, ‘Look, don’t worry. You’re still exactly the same. You’re still beautiful. I still love you just as much no matter what happens.’” As the words leave his mouth, Anderson’s demeanor changes; her expression softens. She smiles and scratches his chin affectionately.

“I was going to do a post about my boobs,” she tells viewers in one vlog, “but nothing really matters.” She sniffles and stifles back tears as she tells the story of how her puppy, Bullseye, was hit by a truck. The following video shows her pup with a cast on his leg (with no serious injuries).

Other vlogs document her mental health journey, particularly her struggles with the reconstruction of her breast. But even on the sincerest of posts, the replies will include vulgar comments. Oliver says: “[She’s] pouring [her] heart out and someone’s put a dick [in the replies].”

Cyberflashing, the act of sending obscene pictures to someone without their consent, is something women on the internet, unfortunately, know all too well, least of all sex workers. Anderson says: “[People] just look at you as a sex object… There is a time and a place.”

With the Online Harms Bill being discussed in U.K. Parliament, there is hope for a future away from cyberflashing and online abuse for Sophie Anderson and Damian Oliver in the next couple of years.

In the meantime, Oliver says: “We’re not going to get down over silly individuals that want to just hate.”

Anderson says: “The best thing is to do is rise to the top and be like, ‘Yes, we did it!’” She punches her fist into the air triumphantly. Of course, life is not as easy as simply deciding not to be affected by negative comments, but it’s a step in the direction of happiness.

As the couple giggle and flirt with one another, their fun sides are revealed again: While being a rock for one another in the lonely times of being OnlyFans stars, they are able to laugh over a crude joke or impression and perk each other up.

Amber Middleton is a freelance journalist based in the UK with bylines including Refinery29 and Glamour. She specializes in all things sex, relationships, and internet culture, with a particular focus on dating apps. She has completed London Tinder at least twice.