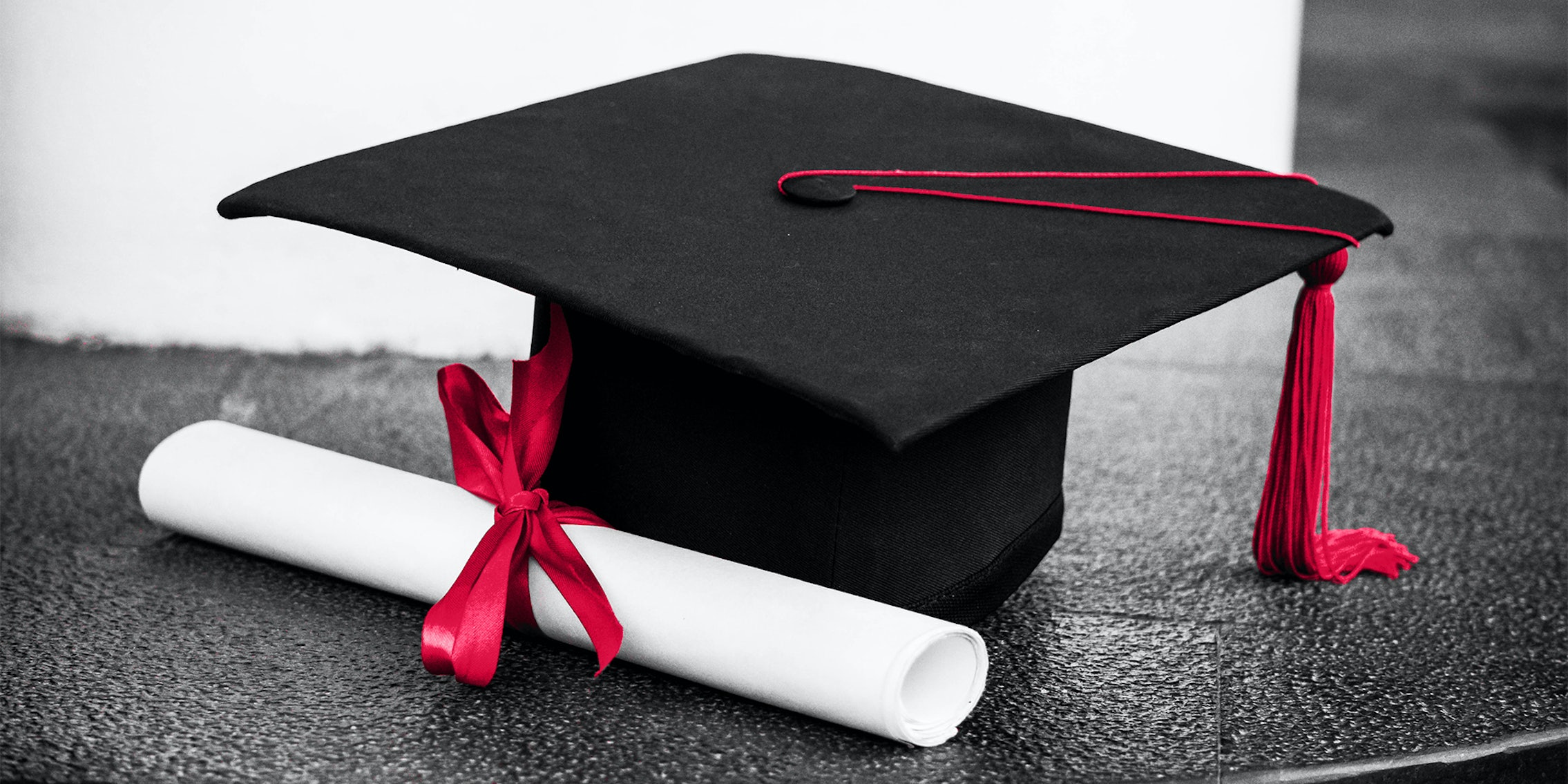 After years of 'harmful' academic research into the profession, a course correction.

In 2017, U.K.-based sex work academic and activist Vee Holt became an outreach worker for a local sex work organization. “Researchers would often contact us asking for sources,” she tells Pleaser via Zoom, “So I was aware of the research that was being done. Frankly, I was getting pissed off with a lot of it.”

Some of this research was downright harmful.

Holt recalls one academic working on a paper about the safety tactics of sex workers. “I replied saying: ‘Why are you doing this? If you make this public, you’re going to put sex workers in danger.’” Then, there were examples of what Holt calls “just shit research, like, methodologically terrible.” Unable or unwilling to engage with actual sex workers, some academics use data-scraping methods to collate statistics. “They’ll mine ‘adult sexual websites’ for data and be like, ‘Oh my god, there are 20,000 sex workers in this wealthy area!’ In reality, sex workers are listing those locations to be associated with affluence; it makes their marketing look better. If you just mine data, you remove the context.”

In 2020, fueled “in no small part” by these frustrations, Holt started a Ph.D and began working on a thesis about sex workers’ experiences of domestic violence. “If you type ‘violence’ and ‘sex work’ into Google, it’s all about clients, pimps, and traffickers,” she explains. “Yet for most women, the violence they experience isn’t from clients. It happens in the home.” Because areas like “client violence, pimping, and trafficking are over-researched,” Holt continues, “other forms of violence are overlooked and not spoken about when a sex worker then needs help. Some people might be like ‘actually, work is fine, it’s my boyfriend that’s the problem.’”

Later that year, Holt joined the Sex Work Research Hub. Based in the U.K., this sex worker-led academic network aims to engage with policy-makers, connect researchers, and fight the impact of existing, stigmatizing research. By 2021, Holt had become a board member.

There are other, similar initiatives worldwide. Across the pond, New York-based Dr. Angela Jones has spent years writing about cam performers, marginalized sex workers, and the sex industry more broadly. “During the pandemic, I was writing two articles,” she explains on a video call. “One was about lateral whorephobia, another was about sex work and disability.” Keen to find “sources written or produced by sex workers,” Jones turned to “Sex Work Twitter” for recommendations. Her mentions were quickly flooded. “There was such a wide range of media, from articles and publications to podcasts and videos. I just thought, ‘Huh, it would be wonderful if there were some kind of syllabus.’”

This idea began to germinate. Jones reached out to fellow academics Dr. Heather Berg and Dr. PJ Patella-Rey, both of whom also had lived experience of sex work, and got the ball rolling. In August 2021, the Sex Worker Syllabus was born. In the spirit of mutual aid and crowdsourced knowledge—both staples of sex work activism—the Sex Worker Syllabus is a living document that continues to grow and shift in response to feedback. “We were happy to do the heavy lifting,” Jones explains, “but it was important for us to work with the community to develop the syllabus.”

The syllabus spans 32 pages and shows both the quantity and diversity of sex worker-led material already out there. Thematically, sources are diverse: There’s material on everything from fatphobia and motherhood to criminalization and the violent policing of sex workers.

Projects like these are crucial in bringing the perspectives of actual sex workers into academia, an arena that too often relies on claims of impartiality to evade accountability. “A lot of academics, especially those without lived experience, are writing about sex work,” says Jones. “They’re building careers on that work, but they’re not actually citing sex workers.” These researchers often aren’t paying sex workers for their time or input, either.

Unless academia becomes more accessible, this lack of representation will continue. “Fully funded programs are few and far between,” says Jones. “People can’t get jobs, so there are financial hurdles, but there’s also a stigma across institutions around doing this work, which can make getting promotions or even getting tenured really difficult.”

Holt acknowledges these difficulties, but says she’s “straight-talking and unapologetic” primarily because she’s “not really that bothered about a job in academia.” If a researcher’s work is harmful, dangerous, or just straight-up terrible, she’s not afraid to say so. In a recent presentation, shown as part of the Sex Work Symposium at the University of Sheffield, Holt came across as witty, charismatic, and open about the politics behind her work. “I will stand there and say, ‘Yes, the police are actually dangerous,’” she explains. “They’re a death machine. Prisons are not safe. Forcibly repatriating people isn’t helping them. These issues aren’t up for debate, you’re just wrong.”

As a marginalized community, sex workers often don’t have the luxury of being apolitical. Jones recently co-edited a forthcoming issue of Disability Studies Quarterly that focused on the intersections of sex and disability and found “the literature disproportionately focuses on affluent, cisgender men with disabilities. What about sex workers with disabilities?”

The invisibility of these demographics in academia is inherently political, and they’re gaps ready to be filled by forward-thinking academics. “Look at the research on trans sex workers too,” continues Jones. “So much of it focuses on trans femme people, which isn’t inherently a problem and there is a need for that research, but it’s often tied to HIV and it’s often stigmatizing, in the sense that it frames sex workers as a problem to be solved.”

Both Holt and Jones emphasize that lived experience doesn’t guarantee good research—“I know some sex workers who do shit research,” Holt laughs, but notes: They do have trust, insider knowledge, and expansive contact networks. As well as the advantages, they understand the impact of stigma and they’ve seen first-hand the damage that lousy research can inflict.

Elsewhere, academics more broadly are openly critical of the structures they’re embedded within and the political implications of their studies. “We’ve seen academics who have managed to shift dynamics on college campuses,” says Jones. “They’re providing support services to sex-working students, so to see more of that would be wonderful.” Holt name-checks academics like Laura Connelly, Aviah Sarah Day, and Koshka Duff, a lecturer arrested and violently strip-searched by police. Her crime? Offering a legal advice card to a 15-year-old being stopped and searched. “It’s not uncommon to see academics engaged in activism anymore,” says Holt. “That’s really inspiring to see.”

Alongside sex worker-led research collectives, these progressive academics are eroding the old-school structures of academia from within. They’re often charismatic, social media-savvy, and able to disseminate research in interesting, engaging ways.

As for sex workers, they’re no longer just research subjects. Increasingly, they’re becoming credible, respected researchers in their own rights, and they’re seizing the opportunity to speak truth to old structures of power. “That’s the biggest difference between now and ten years ago,” concludes Holt. “Now, these researchers of sex work have to contend with the fact that we’re in the room with them too, and we’re holding them accountable.”

Jake Hall is the author of the Art of Drag and a freelance journalist, covering all things sexy, weird + queer.