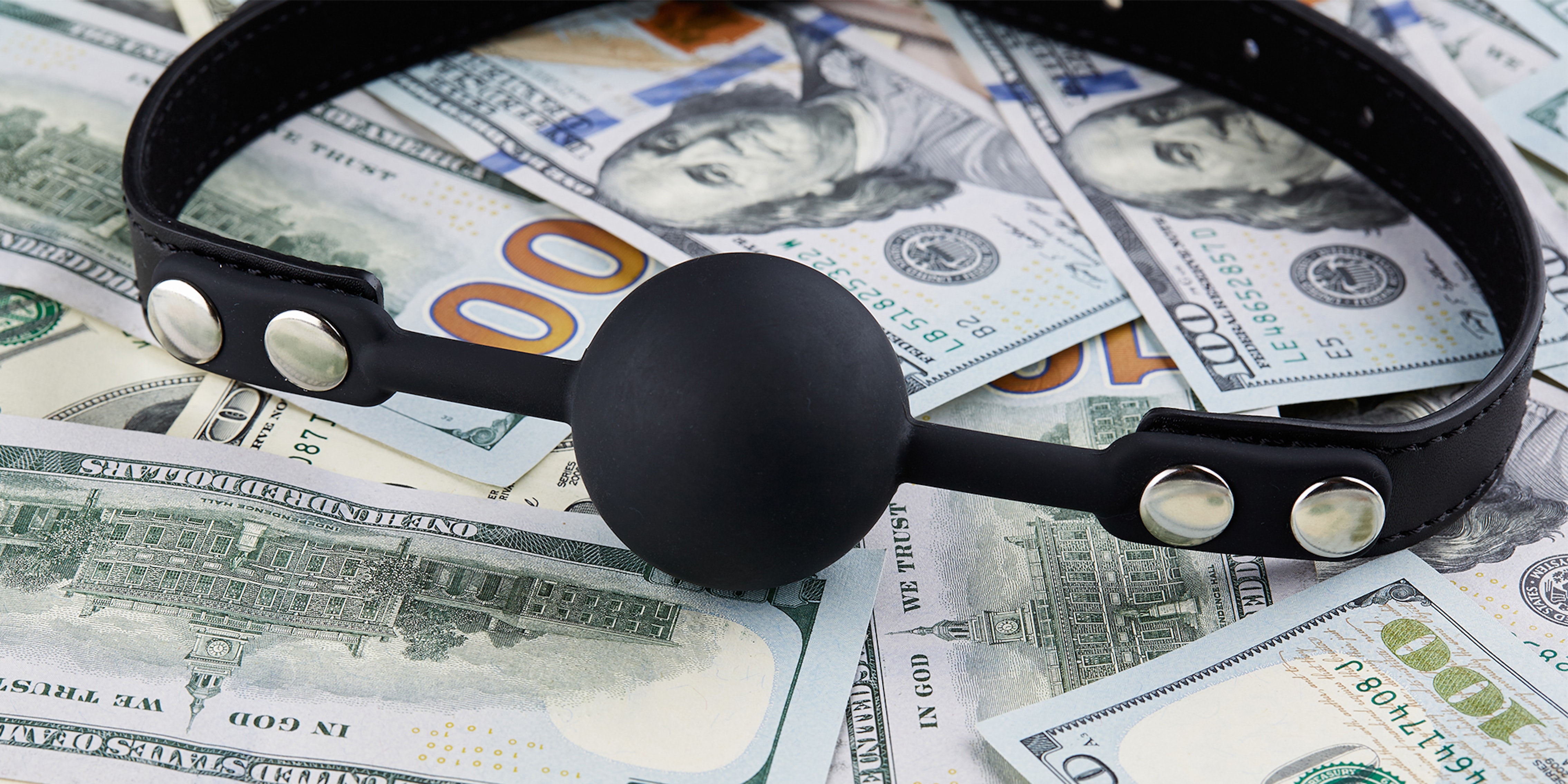 'The reason I prefer FinDom is simply the rush of sending to a superior.'

The idea of getting paid for nothing in return is an exciting one for many young women. College students, especially in large cities, are quick to sign up for sites like Seeking, searching for sugar daddies to take them to nice dinners, buy them designer items, and treat them as they feel they deserve. However, some young women don’t find themselves with any desire to appeal to or spend time with the men they expect to pay them: They want the money, and nothing more. Some of these women are financial dominatrixes.

Financial domination is, technically, the act of a dominant having complete control of their submissives’ finances. However, in recent years with the popularization of the niche kink on social media and through shows like MTV’s True Life, it’s come to look like submissives sending cash to their dominants as a form of sacrifice, called “tributing,” and has gained more mainstream appeal. As financial domination is considered a luxury fetish, these tributes can range from covering coffee to tens of thousands of dollars.

The men who send the cash are (sometimes affectionately) known as financial submissives, or finsubs, although they sometimes may be referred to as losers, human ATMs, pay pigs, and cash cows. However, in the online iteration fetish, their title doesn’t matter compared to their wallets.

Some could argue that financial domination and sugar dating are two sides of the same coin: The goal is to get money from men for being beautiful and paying attention to them. The difference, however, is the methodology. Sugar babies use kindness, company, and yes, sometimes sex, to attain their financial and material goals. Financial dominatrixes do quite the opposite: They weaponize humiliation, degradation, and insults to extract what they want. Like S said, the mental mindfuck of FinDom is the appeal.

She continues, “I didn’t have the patience for them, so with that, I believe I was naturally drawn to domination. With findom, you can be whomever you want, whenever you want, and the men love it. If they don’t, they don’t get anything. It’s as simple as that. You set your own boundaries and choose your clients, to which you decide whether you’d like to continue into a more loyal, regular dom/sub relationship.”

One online dominatrix, Miss Sasha, joined the financial domination community in September 2021 after earlier trying sugar dating. On her experiences in both, she said, “I sugared after speaking with a friend who was really successful at it. I talked to a few people, went on some dates, and ultimately decided it wasn’t for me. Sugaring was exhausting. I was talking to and going out with people who I had no interest actually being around. The men I encountered felt entitled to me and to a fantasy of me that I didn’t want to provide. I know a lot of very, very successful sugars who have a lot of fun, but it just wasn’t for me.”

She continues, “I shifted to FinDom and online domination when I started switching and discovered this other side of myself. I realized how turned on I got whenever I engaged with people online as a domme, which never happened when I was engaging with people from my submissive side.”

Sure, financial domination can seem easy, but there’s no such thing as money for nothing in return. You, rather, are getting paid for your presence, attention, consistency, and content… and it requires a significant amount of work. FinDommes often create and sell fetish video clips, fetish items like worn panties, meet clients for cash meets, and sell their time, through 1-to-1 video chats and phone calls. The entire point of the fetish is the illusion of making it look effortless.

Sasha said, “FinDom isn’t easy—it’s a lot of work. Sugaring was basically speed dating and convincing someone else of my good qualities whereas FinDom is owning all of my amazing qualities and hoping someone is attracted to them too. As a FinDomme, I am also creating content for others to consume and this requires me to be constantly creative, constantly plugged in, constantly putting out more and more to stay relevant among many other absolutely incredible women who are also putting out consistent, creative content and engaging with their loyal followers. But, as an online domme, I also get to engage with people in a very different way and on my own terms. I get to be creative and turned on and empowered to go after exactly what I deserve.”

However, hard work seems to pay off. Financial dominatrixes reportedly have incomes that rival CEOs. Sophia Truee shared, “For the few months I did sugaring, I made around £1,500. For the three-plus years I’ve been on the FinDom scene, I’m making £10,000-plus months, [a] 6-figure yearly income, own my own business, and have complete and utter freedom. I don’t think I could ever rely on someone else for my income, let alone go back to working for someone else.”

Denial is the primary selling point for financial dominatrixes. Their submissives interact for the sake of denial of orgasm, denial of sex, or denial of attention without cash attached. Where sugar daddies expect the metaphorical sugar, financial submissives get off on getting nothing. The power balance is skewed: In financial domination settings, the older, white men with money aren’t in control for once. And maybe, just maybe, that’s refreshing for both parties.