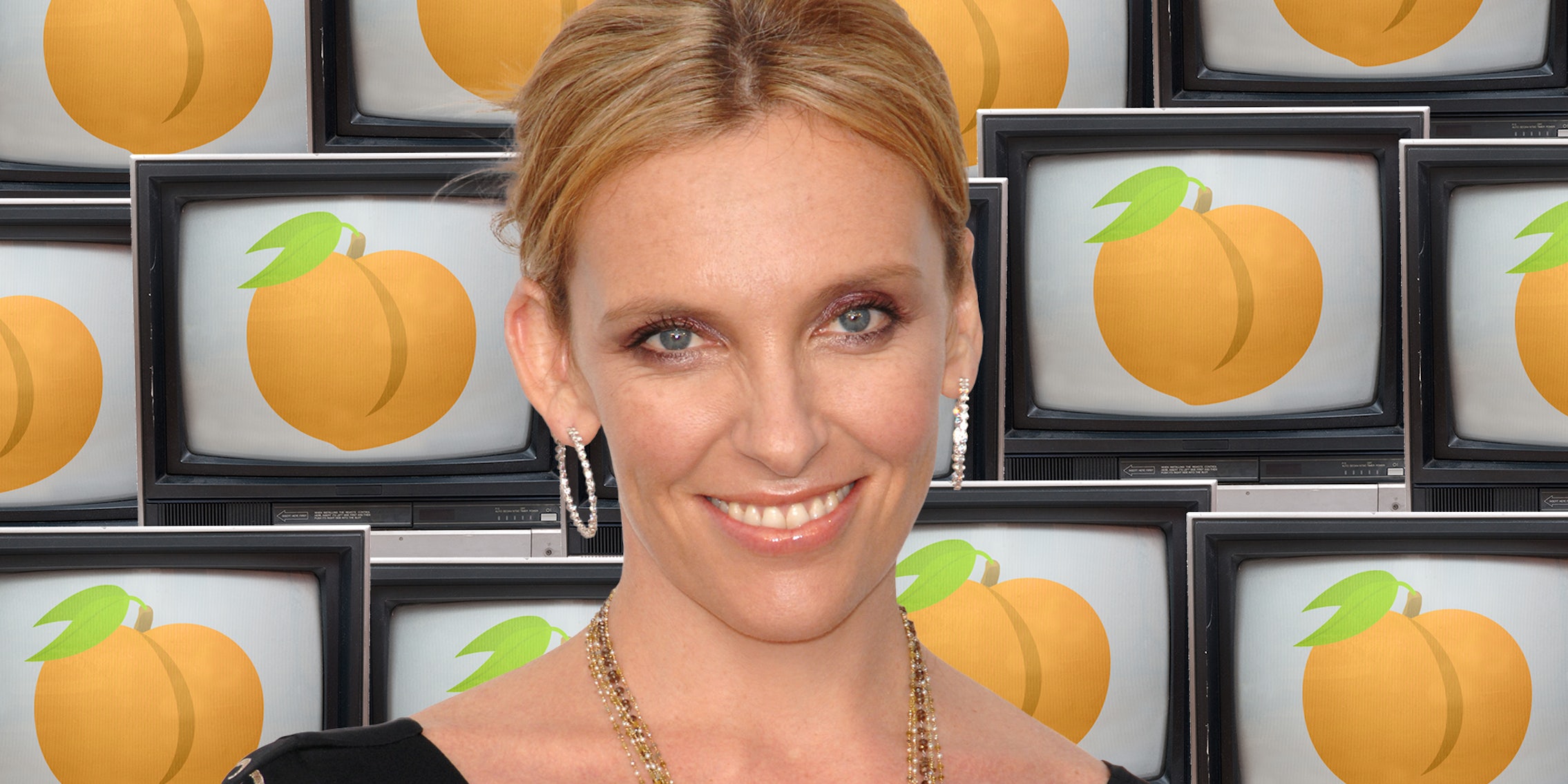 Possibly the last thing any viewer expected to see in The Staircase was Colin Firth chowing down on Toni Collette’s ass.

Still, that’s exactly what happened in episode three of the 2022 HBO Max show, adapted from Netflix’s true-crime docuseries of the same name. Collette’s doomed Kathleen Peterson is prepping vegetables (ironic given rimming’s nickname, “tossing salad”) when her maybe-murderous hubby Michael, played by Firth, returns home from a gay cruising sesh at Blockbuster. He yanks down his wife’s sweatpants, bends her over the counter, and, erm, amuses his bouche.

The internet lost its collective mind at the sight, with Twitter quickly filling up with comments of shock and disgust. “So grim”, wrote one repulsed viewer after watching the sexy scene with his mom, while another insisted it was a blatant case of “TMI.” But should a cheeky rimjob have surprised the audience?

Not really, seeing as television is a stranger to analingus no longer. Dr. Justin Lehmiller, research fellow at the Kinsey Institute and host of the Sex and Psychology Podcast, explains that this is because “TV—and the media more broadly—keeps pushing the boundaries when it comes to sex.”

Dr. Bryant Paul, an associate professor of media psychology at Indiana University Bloomington, makes a similar case. He clarifies that the diversity Dr. Lehmiller mentions stems from the need to grab viewers’ attention in more and more extreme ways as they become desensitized to wilder content. “Attention is the scarce resource of the information economy. We always notice the thing that stands out, which content creators have really started to seize on in recent years.”

Queer as Folk bravely paved the way for other showrunners to lick their gay sex scenes into shape. First, there was sly boy Connor, who went to town on Oliver’s booty in the 2014 pilot of How to Get Away with Murder, then there was Looking’s Patrick, who, that same year, got a similar treatment courtesy of his new boyf halfway through the show’s first season. And more recently, grumpy hotel manager Armond ate out his employee Dillon’s ass during a drug-fuelled bender late in the debut season of The White Lotus (2021), shortly before Cal got some mystery peach in the second episode of Euphoria’s 2022 season two.

So, the jury is out on the impact of porn on the rise of the TV analingus but not on the effect of a changing media ecosystem. The thing is, some viewers will never see the racier content that fills that ecosystem, meaning it should come as no real bombshell that the Collette-Firth rimjob shook some less progressive viewers. Dr. Paul reminds us that “because many now prefer to access content through streaming services rather than cable or broadcast TV, the type of movies and shows they see depends on which services—each with their own rules about what can and can’t be said or shown—they’re subscribed to.”

For those who are being plugged frog-fly content by recommendation engines, Dr. Lehmiller reckons it won’t be long before the boundaries shift once again. “Rimming may be the next frontier for now, but it will soon be something else.” Dr. Paul is on the same page, but finds the prospect a little scary. “Where do we go from there? What might that ‘something else’ and the ‘something else’ after that look like?”
Who knows, but for now, rimjobs are here (and not always queer) in both media and reality. Although most hetero folks will do anything but butt, Lana’s advice is to give it a try. “Why not? Open yourself up and you might love it!”

Will Cameron is a features writer who enjoys covering all sorts, especially anything that flips the finger at vanilla. When not chained to his desk, you'll find him wandering the streets of London on the hunt for offbeat inspo (and caffeine).