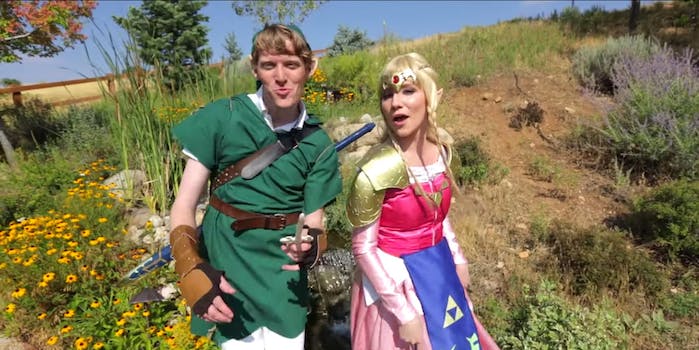 You haven't jammed to 'Wiggle' until you've heard it on ocarina.

We’re pretty convinced that the only reason Jason Derulo produced his song “Wiggle” was so that YouTube user K-Face Rules could come along a few months later and make a hilarious, Zelda-themed parody of it.

In “Zelda Jiggle,” Link, Zelda, and other Hyrule favorites muse about the overabundance of clay pots (and the fascination with breaking them) while name-dropping various other figures of geek culture, ranging from Doctor Who to Halo’s Master Chief.

Seriously, you have not lived until you have heard the “Wiggle” melody performed on an ocarina.

Can Link and Zelda tackle Pharrell’s “Happy” next?