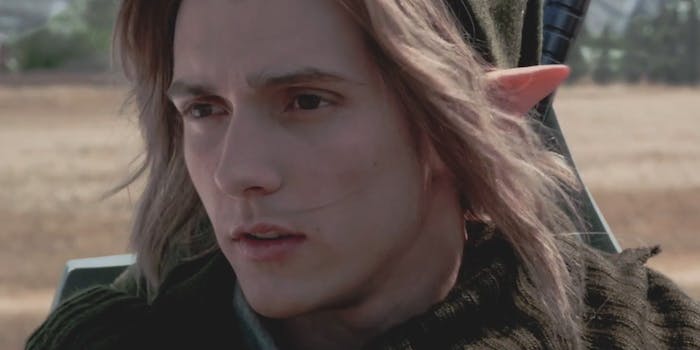 Fans created an epic live-action trailer for ‘Legend of Zelda’

This is just making us more impatient for the live-action Zelda series on Netflix!

Fan films are just getting way too good. This new Zelda cosplay video from Player Piano and the Zelda Project may not have much of a plot, but its production values are amazing.

The Zelda Project is a group of expert cosplayers and fan filmmakers/photographers, creating photoshoots themed around the classic Nintendo game. This short video is a teaser trailer for their fan film, which sees Link ride to Castletown for the final battle with Ganondorf. It’s also having the uninentional effect of making us super impatient for the upcoming Netflix Zelda series.

Netflix’s official Zelda series is aiming for a “family-friendly take on Game of Thrones” (whatever that means), although it’s yet to go into production. Hopefully in the meantime, the Zelda Project’s fan film will tide us over.