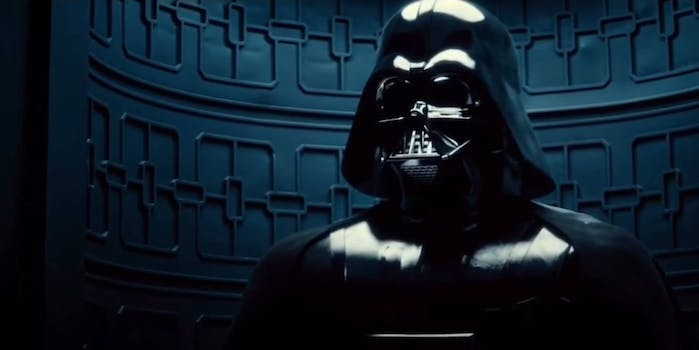 Stormtroopers bow to Superman in this mashup between the two franchises.

Granted, Snyder’s mashup is a cut above the rest. Instead of just editing two movies together, his trailer sees Superman standing alongside stormtroopers, and Ben Affleck coming face-to-face with Darth Vader’s costume. If you ever wanted to see the Millennium Falcon in the DC movie universe, now’s your chance.

After watching this, we have to ask: Did Snyder get Ben Affleck to record that “Do you embrace the dark side?” line? Or was it someone else?