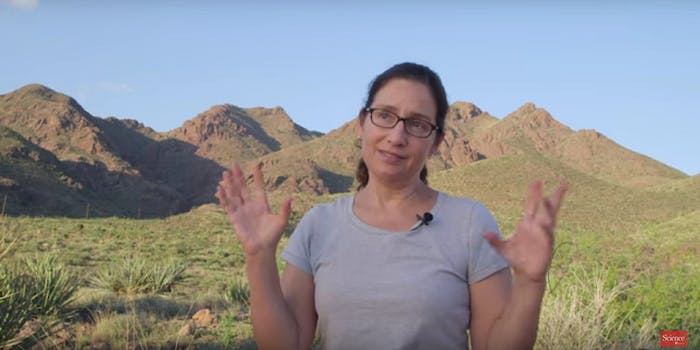 These women are contributing to science in incredible ways.

It’s no secret that the science world isn’t always friendly to women. Whether it’s making flippant comments about their role in the laboratory, remarks that casually leave women out of science entirely, or simply wearing an offensive shirt, it’s clear that scientists can be a little tone-deaf when it comes to women’s issues and representation in STEM fields.

But the folks on Science magazine’s Digital Media team are hoping to help change that. In a new YouTube series called the XX Files, the journalists at Science take you on an inside look at the lives of some of the world’s premiere female scientists.

“There is still a serious under-representation of women as scientists in the media,” Sarah Crespi, the supervising producer of the project told the Daily Dot in an email. “The idea was to really bring to light the diverse types of scientific pursuits available out there and showcase that women are doing all of these things.”

So far the video series has profiled the work of archeologists in Detroit, Michigan, dream researchers in Montreal, Canada, work on a dog’s capacity to sniff out cancer, and more.

But Crespi said her favorite shoot was when she got to go scorpion hunting with researcher Ashlee Rowe. “We were told to be afraid of these dangers, starting with the most dangerous: falling on a cactus, rattlesnake bites, scorpion stings,” Crespi said.

So far the series has published six episodes, and the team is expecting to launch two more in December.