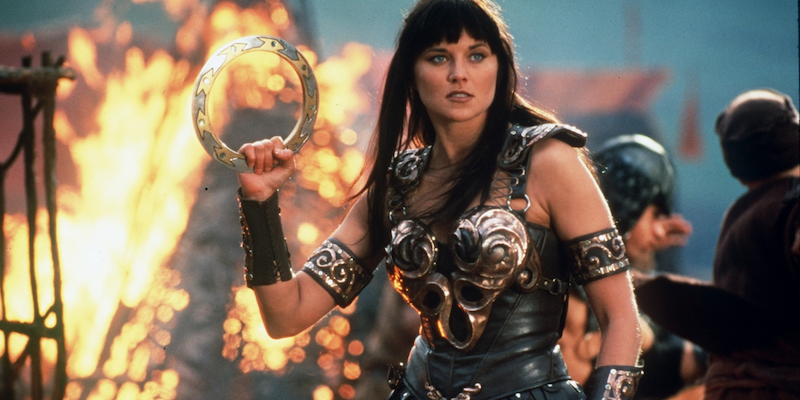 The long-awaited Xena reboot is dead in the water.

Showrunner Javier Grillo-Marxuach (Lost, The Middleman) was recruited in 2015 to revive the cult fantasy series, sharing optimistic hints for fans of the show. He wanted the remake to be LGBTQ-friendly, clarifying the romantic subtext between Xena and her partner Gabrielle.

Grillo-Marxuach left the project this year due to creative differences, and now NBC confirms the reboot won’t happen.

“We looked at some material; we decided at that point that it didn’t warrant the reboot,” NBC Entertainment president Jennifer Salke told the Hollywood Reporter. The network is open to remaking the show at some point in the future, but it sounds like they weren’t happy with Grillo-Marxuach’s ideas, and couldn’t find a suitable replacement once he left.

Reboots aren’t exactly a rare commodity at the moment, so some people will be glad to hear Xena is dead in the water. However, it would have been cool to see a high-profile fantasy series with queer women in lead roles, celebrating Xena‘s legacy in the ’90s.