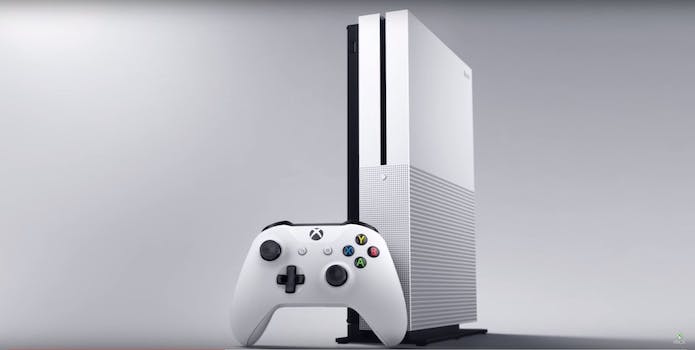 Xbox One Slim gets an Aug. 2 release date, here’s what to expect

So begins the next phase in Xbox evolution.

If you’ve been waiting to purchase an Xbox One or just want make some more room on your entertainment center shelf, your time is nigh.

Microsoft announced today that the Xbox One Slim, which is 40 percent smaller than current Xbox One consoles, will be released on Aug. 2 for $399. The new Xbox One model will ship with a 2 TB hard drive, which is almost four times the HDD space of the original Xbox One model released in November 2013. The Xbox One S is also capable of supporting 4K graphics resolution.

The new Xbox One S bundle also includes a wireless controller with improved grips, an improved wireless signal that should increase the workable distance between controller and console. The Xbox One S’s power supply is internal, which means no more power brick taking up even more room on your shelves, and it has one USB port on the front of the console, which will make it easier to hook other devices up to the console.

Microsoft announced the new Xbox One S at E3 in June. Models with 1TB and 500GB hard drives will be released for $349 and $299 respectively, but Microsoft has not announced release dates for those Xbox One S models.