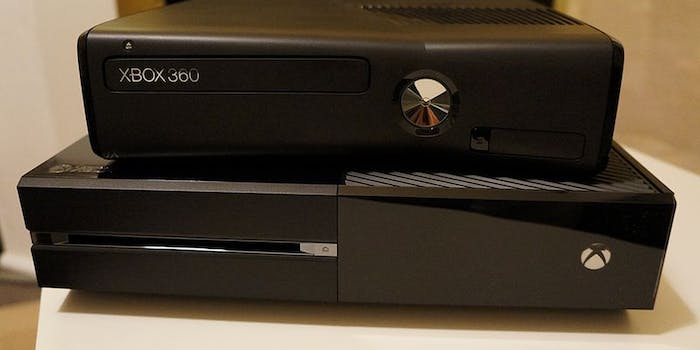 The Xbox One software library is about to get a lot bigger.

Backwards compatibility is coming to the Xbox One, and Xbox 360 games are about to get access to the Xbox One’s media-sharing features. Xbox Preview members can try it now, and everyone else has to wait for the holidays.

Lack of backwards compatibility has been an annoyance to gamers ever since the launch of the PlayStation 3 and Xbox 360. The former couldn’t play PlayStation 2 games at all, and the latter could only play select Xbox games, and some didn’t run very well.

Making the Xbox One backwards compatible could expand its software library in a huge way. (A list of the first backward-compatible games has not yet been announced, but according to Ars Technica that could come as soon as today.) It also makes available image and footage capture systems on the Xbox One for Xbox 360 games, actually opening new doors for content creators who lack video capture cards and editing software.

Microsoft also announced cross-platform play between the Xbox 360 and the Xbox One. The ability of last- and current-gen console owners to occupy the same video game space bridges what had previously been the inevitable divide created by the release of a new console. This helps expanded lifespan of Xbox 360 games.

Microsoft hasn’t announced cross-platform chat, yet, but it’s a safe bet that it’s coming. Playing cooperative shooters is tough without a healthy chat channel. Also, what better way to advertise the Xbox One to Xbox 360 owners than by letting Xbox One owners showcase the improvements to their friends.