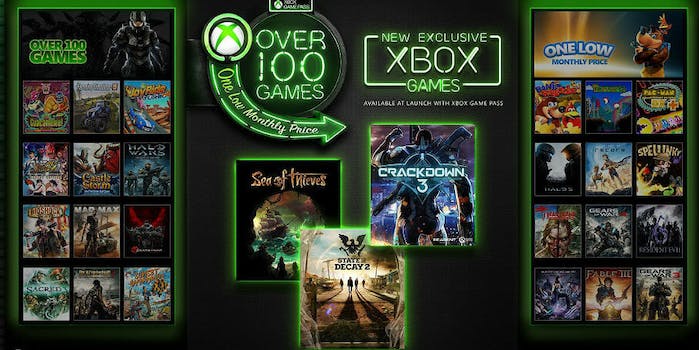 There’s some great news for Xbox Game Pass subscribers: All new, exclusive Xbox One games will be added to service’s catalog on the same day they are released globally.

Launched in June 2017, Xbox Game Pass allowed gamers access to a library of games for $9.99 a month. This gave subscribers the chance to play a variety of titles for one monthly rate, so of course, it drew plenty of interest. Within a few months, the service was available in 40 countries. New games were also added to the catalog monthly to keep subscribers interested.

Nevertheless, there was a major shared criticism: Many popular titles only made it into the catalog months after release. For example, despite being released in 2016, Gears of War 4 only became available on Xbox Game Pass in December 2017. Many fans weren’t too happy to have to wait over a year to play blockbuster titles.

Today’s announcement means Xbox Game Pass will give immediate access to new exclusives on their release date. Sea of Thieves, the pirate-themed, multiplayer experience, will be the first to simultaneously hit stores and be available in the Xbox Game Pass catalog on March 20th. Other titles to look out for include State of Decay 2, Crackdown 3, and the next Halo, Forza, and Gears of War games. They will all be released and made available on Xbox Game Pass on the same day.

Microsoft also announced a new payment plan that will allow subscribers to pay for six months upfront for $59.99 in March.